When Gracie was just a newborn puppy, her – insert profanity here – owners threw her away like garbage. And as a result, when she was rescued, the poor thing was covered in maggots. She was also missing the hair below her eyes. Her rescuers also realized that she was missing her front legs as a result of a birth defect.

No one could tell what hardships she’d faced in her young life, but they knew that Gracie was in for a tough fight.

Gracie was eventually adopted by the Turley family – a family who happen to run a shelter of their own. The family already had a paralyzed dog and a 3-legged Chihuahua, so sweet little Gracie seemed to be a perfect fit for the family. 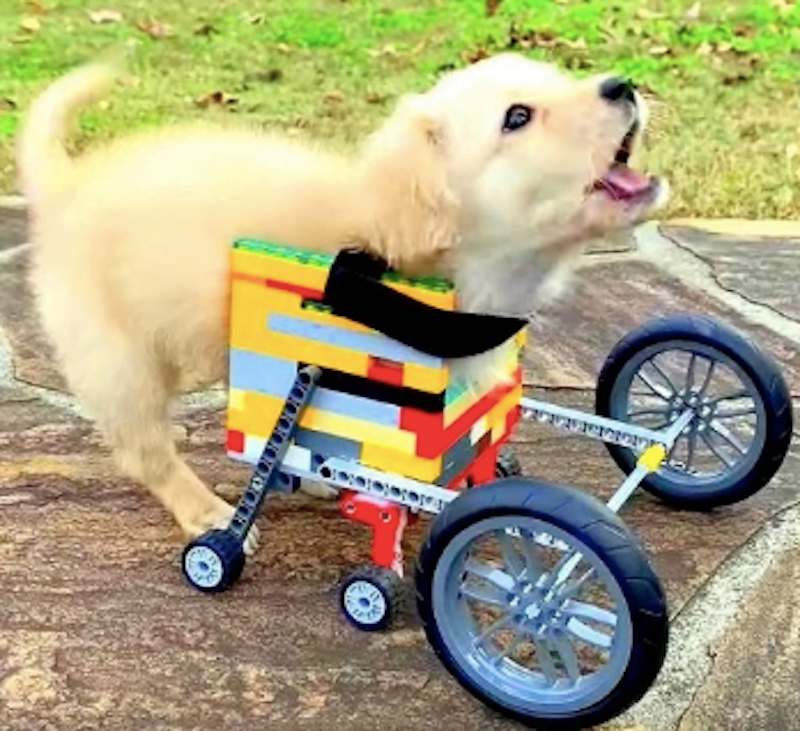 However, the Turley family worried about Gracie’s mobility since she was a growing puppy and wouldn’t yet be eligible for a wheelchair fitting. 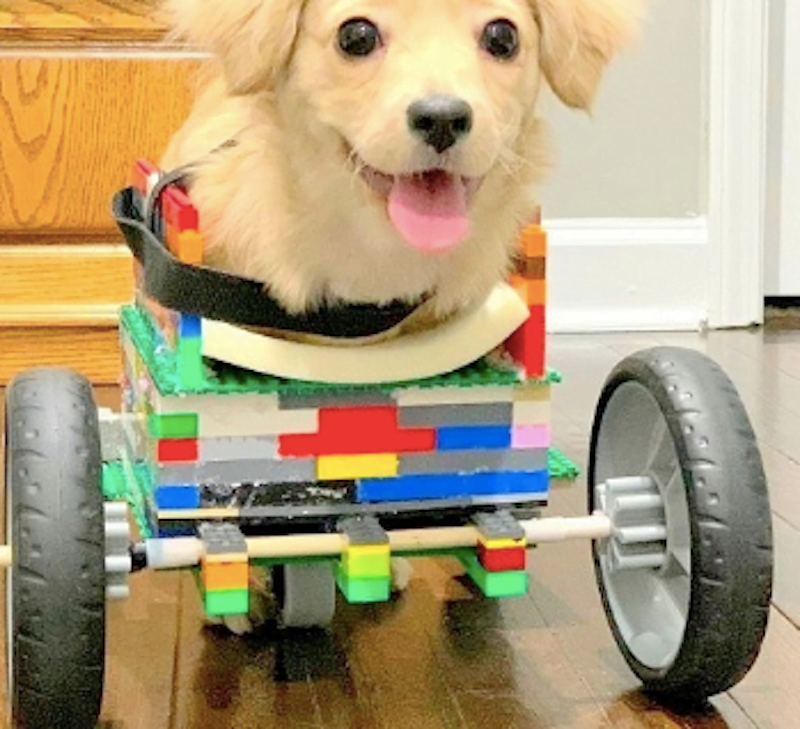 That is when Dylan, a 12-year-old volunteer, came up with a brilliant idea. He decided to make Gracie a makeshift wheelchair-using Lego – something that could easily be readjusted with flexibility as Gracie continued to grow. Dylan’s ingenious idea proved to work very well, and Gracie was able to take her first steps using her special wheelchair.

After Gracie finally grew old enough, she was able to get fitted with a “grown-up” wheelchair. As a result, today Gracie is like any other dog – happy, healthy, and running around after balls with her siblings.

However, we’re sure she’ll forever be grateful to Dylan and her first wheelchair that allowed her mobility and freedom as a puppy.