More often than not, we imagine ourselves stepping up to the plate and doing what’s needed. Of course, that can sometimes be easier said that done – especially when circumstances dictate that we’re taken by surprise or perhaps not ready to be inserted into a high stakes situation.

Fortunately for one couple and their dog, stranded on a hike on the Waimano Trail, Honolulu, 12-year-old David King is a resourceful young man who’s prepared for any eventuality.

As per reports, David and his mother were out hiking the Waimano Trail when they came across the aforesaid couple.

They had gotten themselves lost, and their situation could have easily taken a turn for the worse given that they had no food, no flashlight and no cellphone to use since their battery was dead.

Not only that, but to compound matters, their dog Smokey couldn’t go on. He wasn’t used to the terrain and was bleeding from his paws. 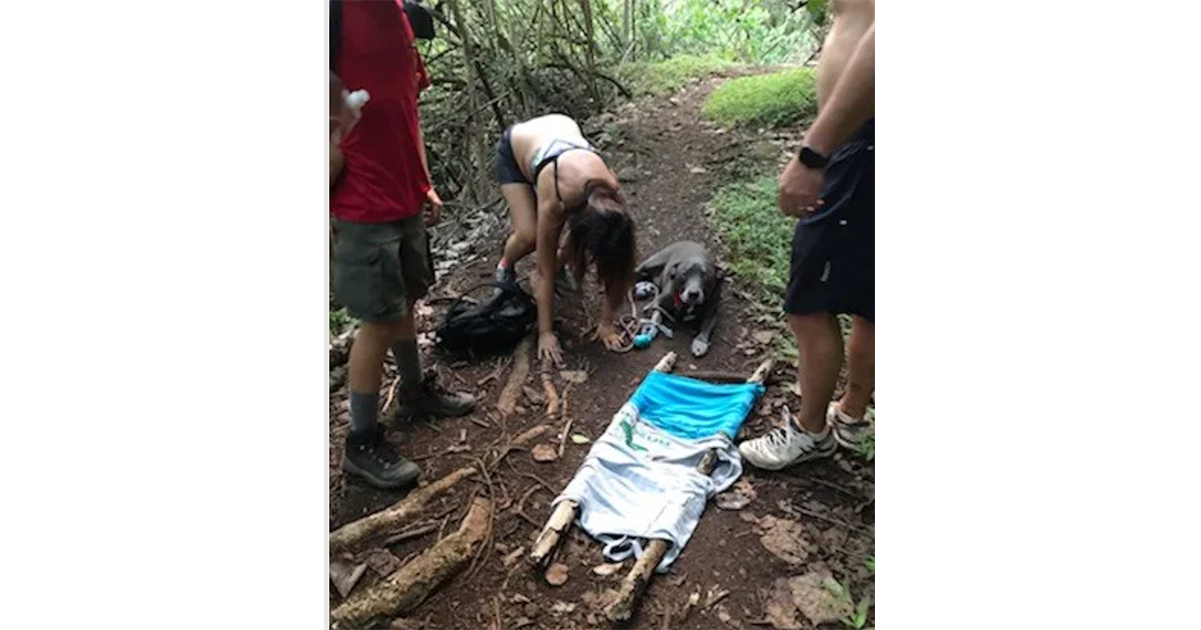 Thanks to David and his training, however, the day was saved. The young boy was able to construct a stretcher using his t-shirt and branches from the nearby trees. Reports state that he had recently learned how to make a stretcher in a troop first aid class with his Boy Scout group.