Birthdays are very special not only for us human beings but also for animals. Every year birthdays come and we celebrate them with the same enthusiasm as ever.

The sweet dog Bailey has also seen many birthdays in his long and happy life. But the passing years have not diminished the happiness his family feels at having him around. His bond with his family has become very strong.

This year was Bailey’s 13th birthday but watching the excitement of the dog, it seemed like it was his first birthday. The family decided to make his birthday a special one by celebrating it in an elaborate way.

The family decided to throw a party on his birthday and that came as a huge delight for the pup. The family sang the birthday song and the dog can’t control his excitement. He was very happy.

There was no doubt that the dog enjoyed having cake and the presents on his big day but the most important thing is that he might have felt blessed to have so many people to care about him. 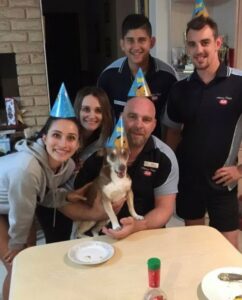 His family felt that the birthday party was their way of showing him their love and telling him how much he mattered to them. Throughout his life, the dog has brought great joy to them and they felt they have not done anything extra for their beloved Bailey. 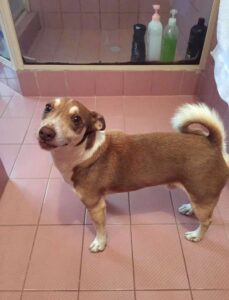 Bailey’s birthday presents include a cake and a hot dog chew toy, which is very special to the boy. Happy birthday, Bailey. You are blessed to have such a sweet family