Scarlett the pit bull was discovered by a young girl referred to as ‘G’ while in a shelter in November 2019. Despite Scarlet’s health condition, G picked her as her new best friend and adopted her.

It’s easy to judge something based on what you might have heard. Pit bulls are a good example of this, as they are labeled as dangerous, vicious, and untrustworthy.

Pit bulls get such a bad rap. According to the BSL census (Breed Specific Legislation), they are banned in 10 states, and in 12 countries altogether. 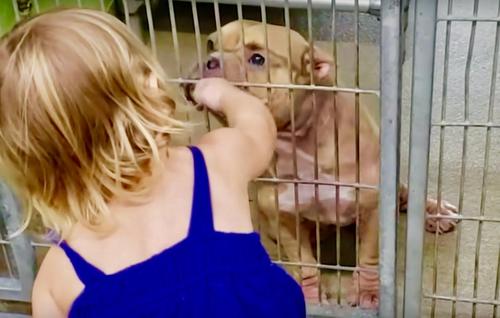 This is a sad fact, but if there’s one pit bull to give the world a change of heart towards the breed, it’s Scarlett. 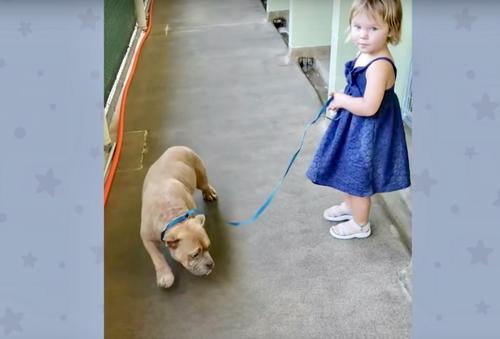 It all started when a young girl, lovingly referred to as G, was visiting an animal shelter with her mom. She spotted the pit bull hiding in the back of the kennel, and it immediately caught her attention. Although the dog smelled from mange, had a snotty nose, and gunk in her eyes, G was drawn to the sad pup. 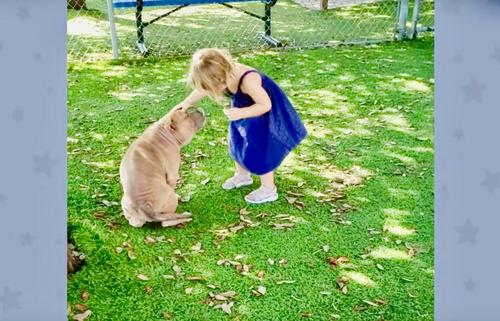 G began playing with Scarlett through the gate, exclaiming excitedly: “Mommy, that one!” Scarlett was eventually let out of the kennel to play with G outside. She was scared to walk out at first but G showed incredible patience with the dog.

Scarlett followed the little girl everywhere while they were outside. When it was time for Scarlett to be go back into her kennel, G refused to leave her. Scarlett began to shake uncontrollably she was once back inside.

Thankfully, G’s mom had the same sentiment, so they adopted her and named her Scarlett. As you can imagine, Scarlett is much happier and is thriving in her new environment. G and Scarlett are now best friends for life.