They say man’s best friend is often a dog, but in Donnie MacAdams’ case he considers his trusty horse Waco his best companion.

Once a popular racing purebred, Waco Hanover now spends his free time hanging out with his best human friend Donnie.

By day Donnie manages a state information center in Vermont where he deals with a lot of people but can’t wait to get off work to spend time with Waco – he even lives in an apartment above the stables so the two could be considered roommates.For the past eight years Donnie’s downtime has been utterly devoted to Waco.

The companions have got each other through tough times with Donnie crediting Waco for helping him recover from a heart attack. 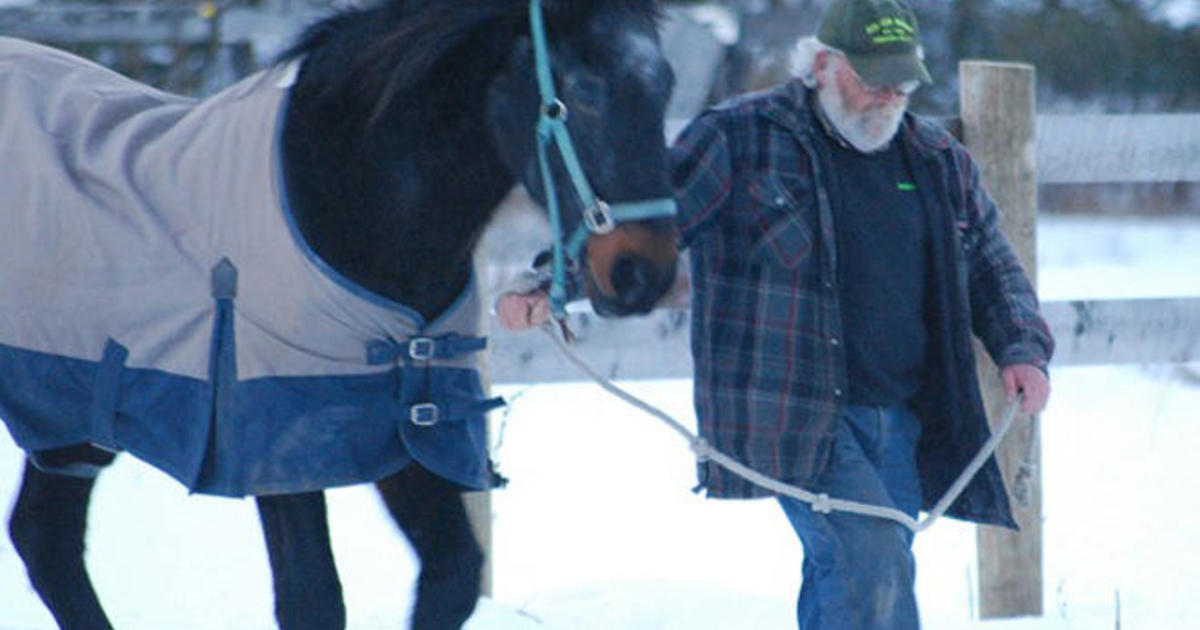 “I couldn’t carry a five-gallon bucket of water, because it was too physically stressful,” but Waco helped him recover and now a five-pound pail is no problem. 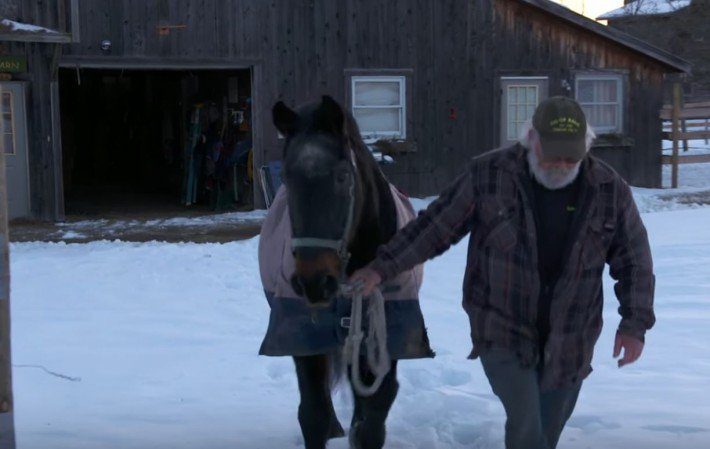 When Donnie first met Waco in 2008 he didn’t have much of an appetite.

“I wanted to dig a hole, because I didn’t think he’d make it through the winter,” he said, as per CBS News.

“I just talked to him one day for about a half an hour and got him to accept the fact that I ain’t goin’ anywhere, I’m your buddy. It’s been going on now for eight years.”

Donnie is even credited for the horse’s longevity – Waco celebrated his 40th birthday in 2017 – that’s 120 in human years.

“There were times in the wintertime when I’d walk into the barn, walk down there, just lean on the stall front. He would put his head on my shoulder and just chew, just chew, and just calm me down,” Donnie told CBS News.

Donnie wrote a tribute to his companion announcing the sad news: “My best friend, therapist, sounding board and within the last few years a camera slut Waco has passed away.