A dying mother is very grateful to a person they can trust with their children when they pass. We can rarely find such a person worthy of our trust, and when we are assured, we are at peace. It is actually up to us as individuals if we make ourselves trustworthy. The same goes for animals who know the people they can trust.

Their behavior towards us is a guide on how to react towards them in return. A mother cow named Freser has just given birth to her first and last baby calf, and she is very grateful to Ismael who helped her during the birth process. Due to unstable health conditions,

Freser faced difficulties while giving birth. Ismael assured Freser and did his best to put her at ease through the process. Freser repays his help through affection and kissing him. When the birth process was over, Freser started to cry. Yes, believe it or not, the mother cow kept crying, tears falling on the sides of her face. At that time, her health did not show any improvements. 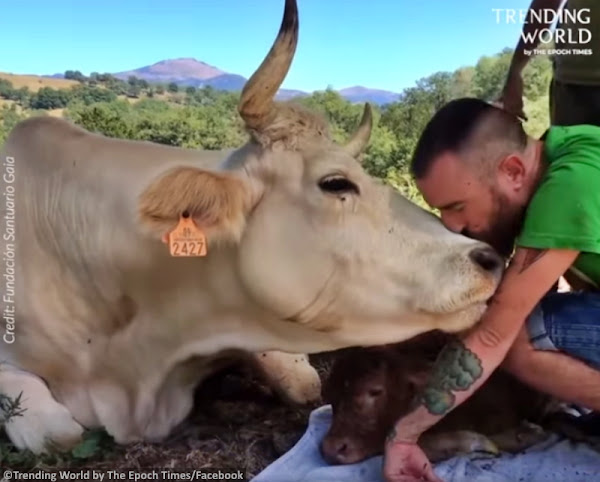 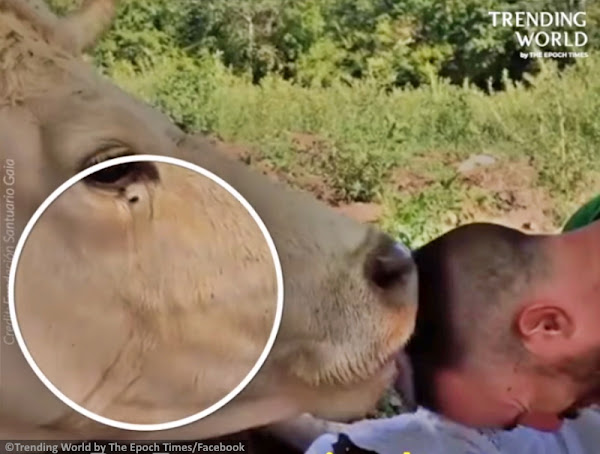 Even during the birth process, the doctor could not find any bleeding. He noticed that Freser was having trouble during the process so he had to reach into her uterus to pull out the calf, still noticing that there was no bleeding. 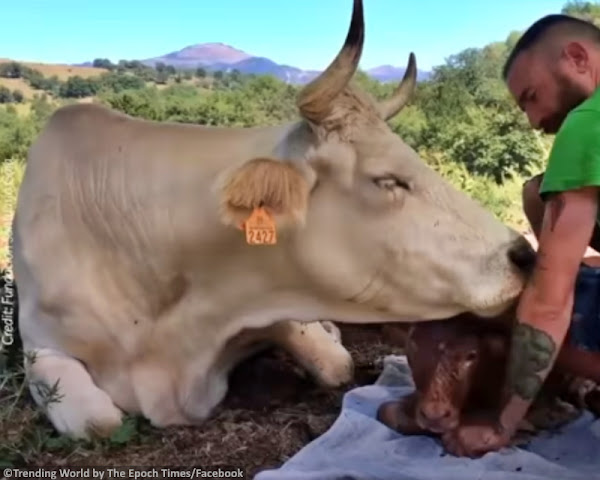 Freser started to cry, maybe she knew there was something wrong. After the baby came and was safe, Freser kept kissing Ismael, as though she was expressing her gratitude. 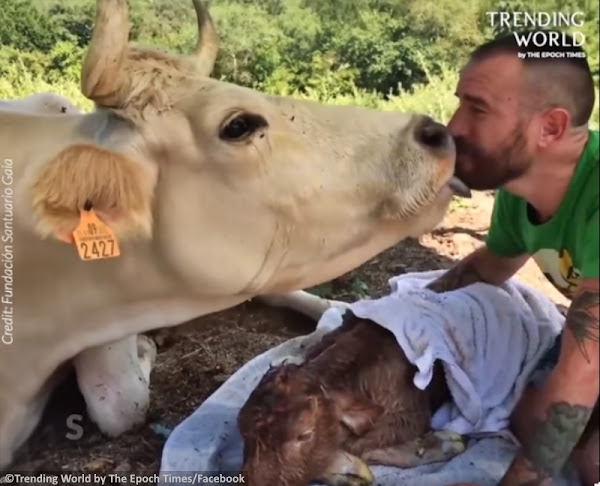 “Take good care of my daughter, trust you!” This was her final “goodbye.” She was transferred to another place, leaving her daughter, Savi, and Ismael behind.

Freser was assured that little Savi will be well cared for by Ismael. The next day, after giving birth, Freser passed away.