A month after the Camp Fire, a homeowner who returned to see what’s left of her property was shocked and overjoyed to see her dog survived the wildfire. When Andrea Gaylord arrived back at her home in Paradise, California, she said her beloved dog,

Madison, was waiting patiently for her to return home. “You could never ask for a better animal,” Gaylord said. “You really couldn’t.”

Madison could have survived the fire, so Gaylord contacted Shayla Sullivan, an animal rescue volunteer, who checked on their home.

Sullivan was originally in charge of finding and caring for Gaylord’s second dog, Miguel. Miguel and Madison are brothers. Sullivan claimed she was spying on Gaylord’s property and left Madison. 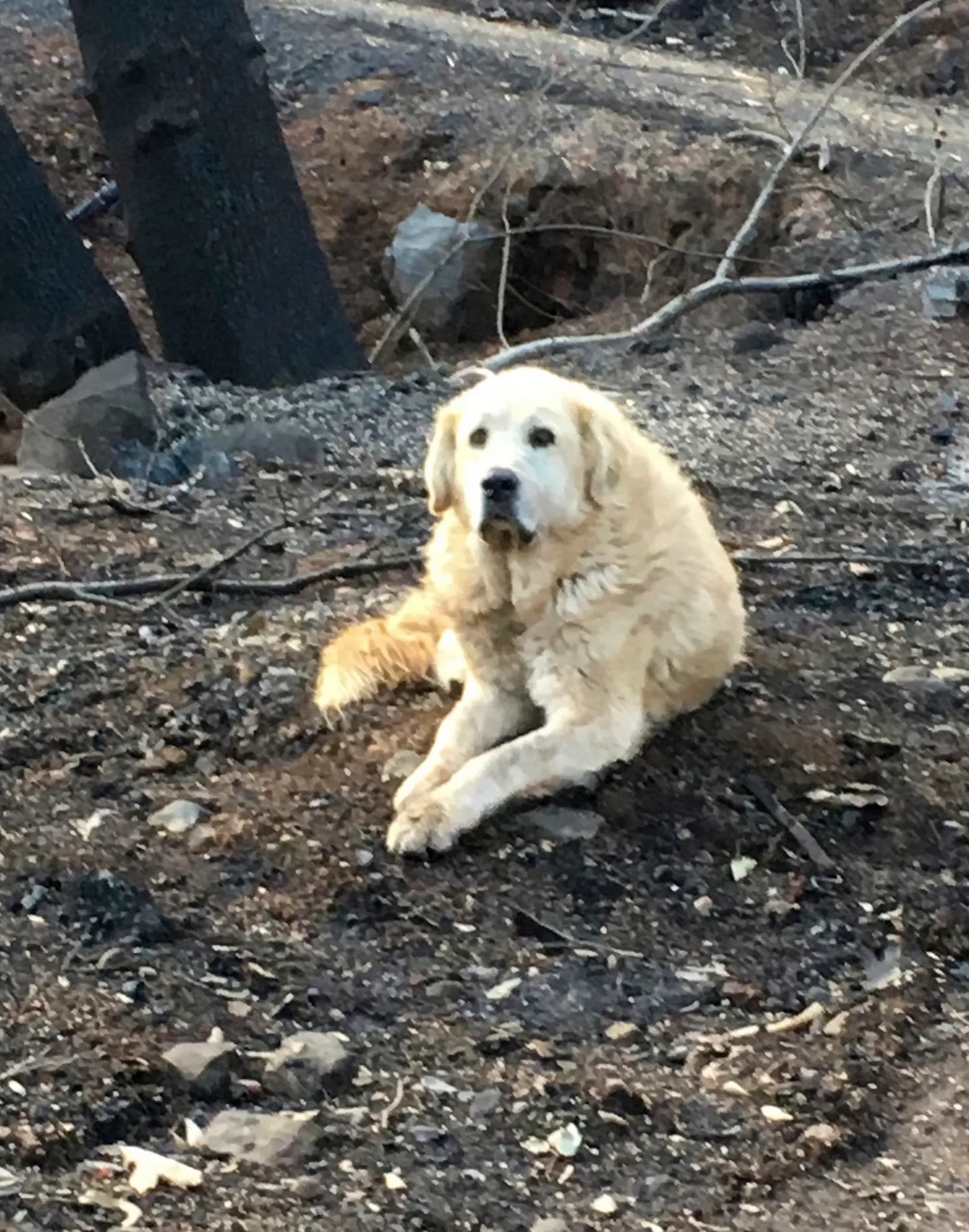 When the evacuation orders were lifted, Gaylord went home to see the damage for herself. When she pulled up to the property, there was Madison.

“Imagine the loyalty of hanging in in the worst of circumstances and being here waiting,” Gaylord said. “It was so emotional.” The Camp Fire wildfire killed 84 people, destroying Paradise, a northern California town of 150,000 residents.