A pair of Great Danes and a Chocolate Lab from across the street create the sweetest bond. The family even had to get a stool for Giuseppe, their Labrador retriever, so he could view Vito and Bambino, their next-door neighbors, over the wall.

Giuseppe, on the other hand, finds it a little more difficult to peer across the wall that divides their property.

Vito and Bambino met a new buddy about six months ago: Giuseppe, your new neighbor.

The arrival of the chocolate lab was a big deal for the dogs, but exchanging hello with their neighbor proved difficult since the concrete wall that separates their gardens is too high for Giuseppe to look over. 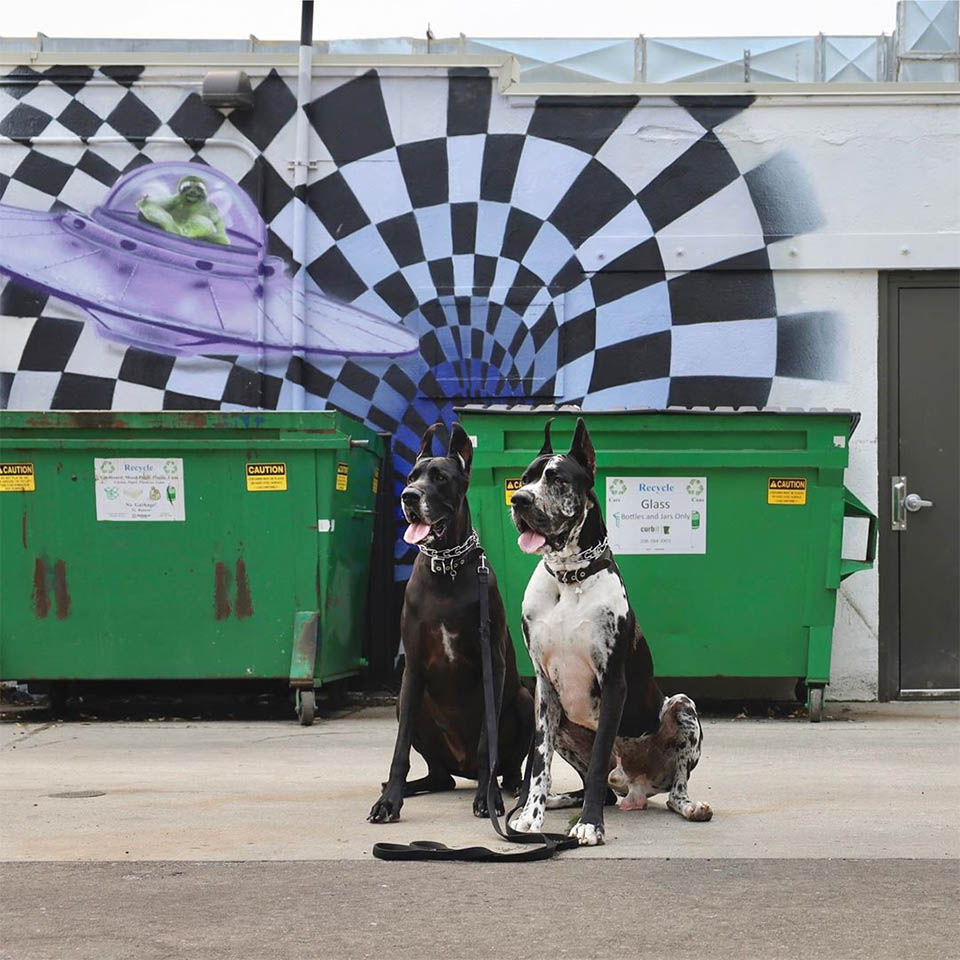 As a result, the amiable chocolate lab has had to come up with new ways to see and welcome his buddies.

“Every time we’re outside, he tries to jump in and scent his larger dog companions.” 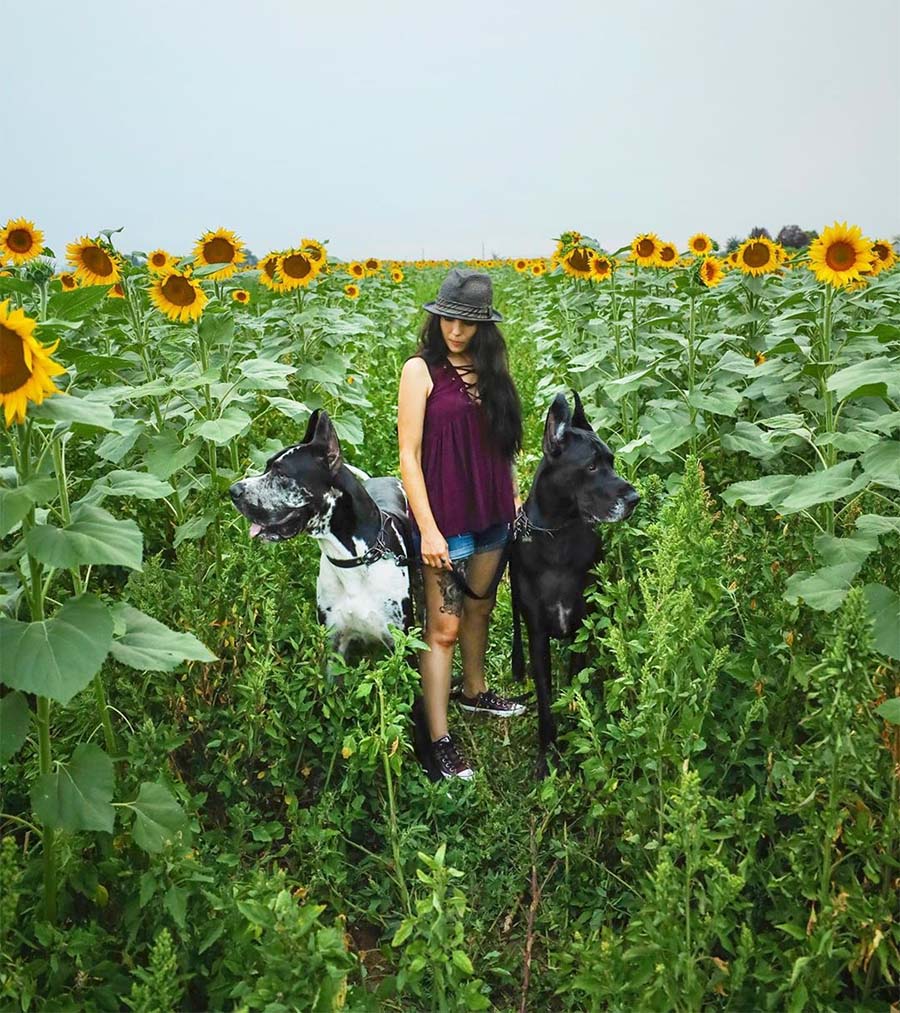 Giuseppe’s family had a brilliant idea after learning about the incident, believing that this was just what their cute cat desired.

Giuseppe was attempting to say hello by jumping as high as he could. If only you had one stool, he used to say. 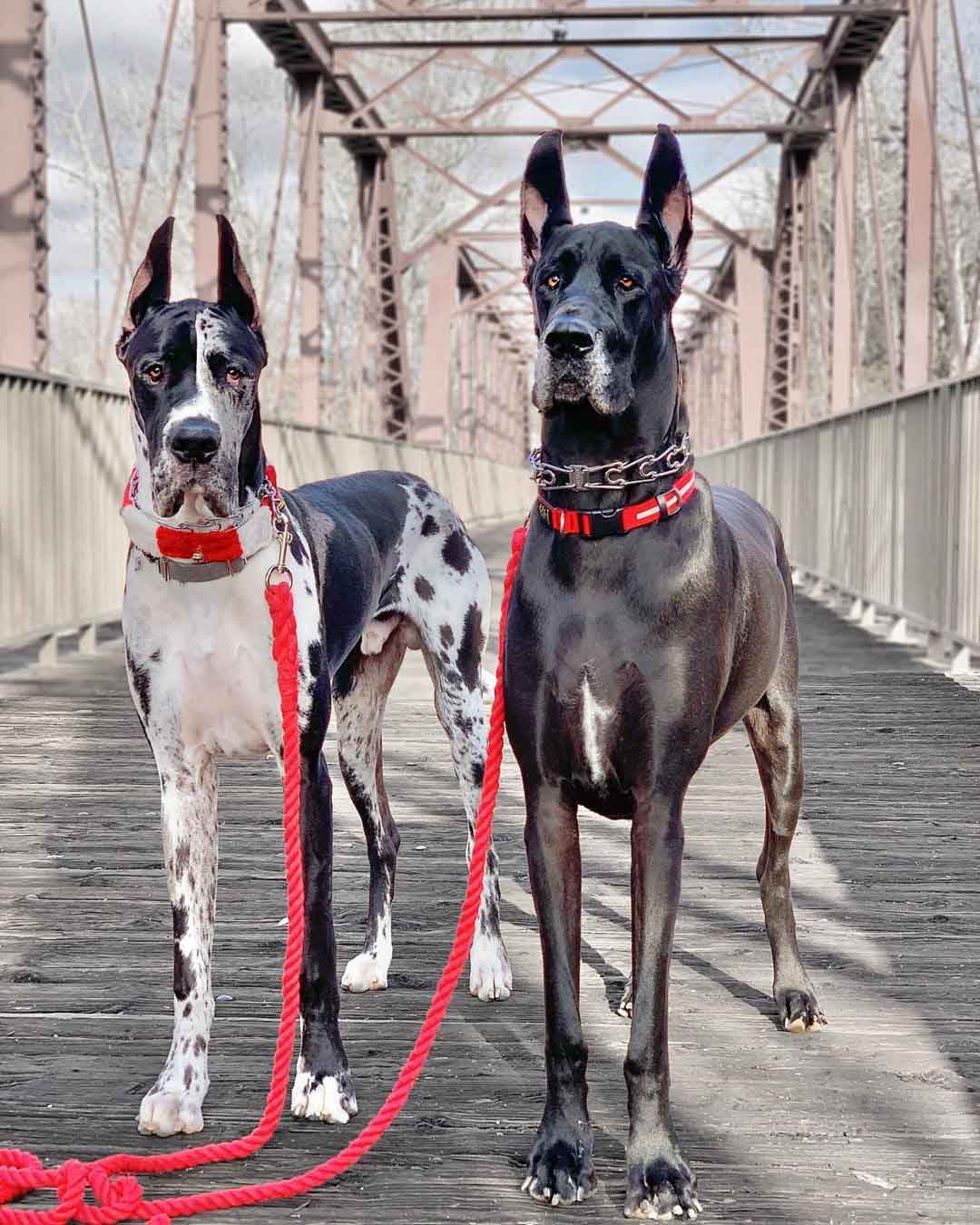 Thinking about it, Robert realized that he had a stool at home, so he immediately dispatched one of his sons to retrieve it. Giuseppe could climb on it since the guy placed it near the wall.

The Chocolate Lab was taller with the stool, and he could clearly view his two gorgeous neighbors face to face.

Robert snapped a snapshot of the strange scenario and emailed it to Vito and Bambino’s mother, who was enthralled by it right away. 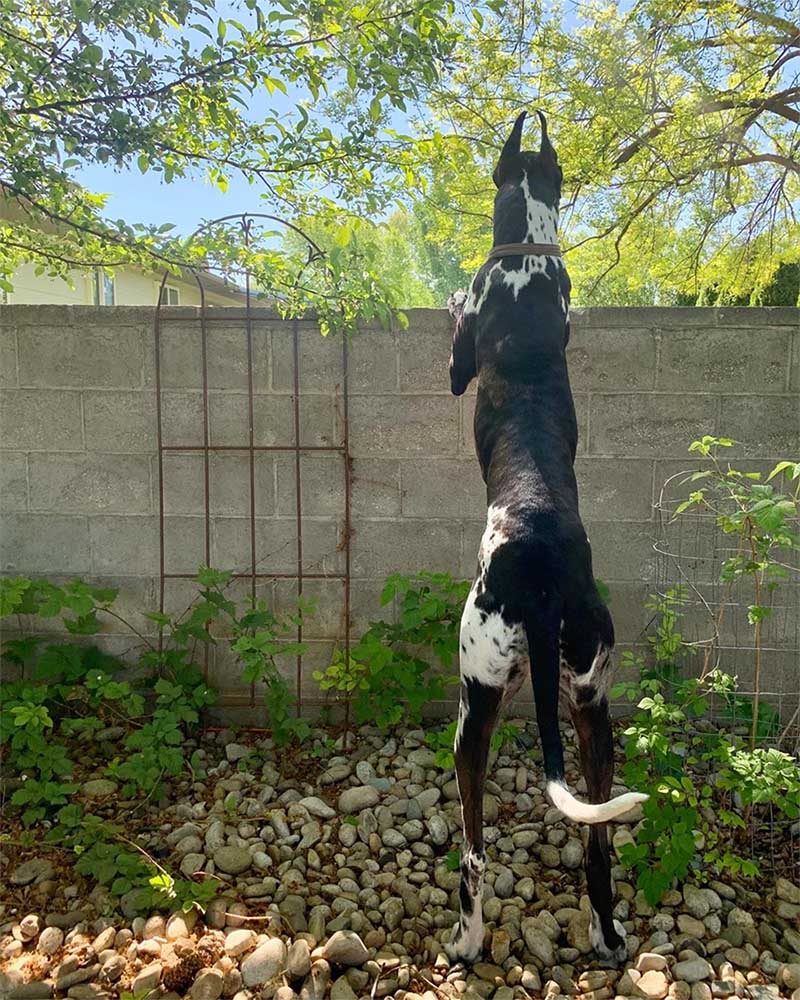 Fortunately for everyone, there isn’t always a barrier between Giuseppe and his enormous buddies, as their wonderful friendship has progressed. Since their parents met and noticed how well their pets got along, they’ve all started going for walks around the neighborhood together.

It’s comforting to know that this lovely bond is no longer split by a wall, but rather flourishes whenever they go for a walk.

Giuseppe, Vito, and Bambino, without a doubt, share the same feelings as their parents, since they have a very close relationship.