A rescued elephant receives an unexpected greeting at an elephant sanctuary in Thailand, in one of the most magnificent expressions of compassion that animals has ever delivered. Before being rescued and transported to the Elephant Nature Park in Chiang Mai, the 30-year-old female lived her whole life in a circus.

The elephant, who has been alone for most of her life, is given the greatest greeting by the herd at the refuge. The touching moment was captured on film!

Ploy Thong’s story is the saddest, but it ended happily when she was rescued by volunteers from the Save Elephant Foundation. The gentle giant has been carrying tourists on her back through the streets of Thailand’s Pattaya district for decades.

All of this was done against her consent. Thankfully, all of this is in the past now that Ploy Thong is a resident of this compassionate sanctuary. 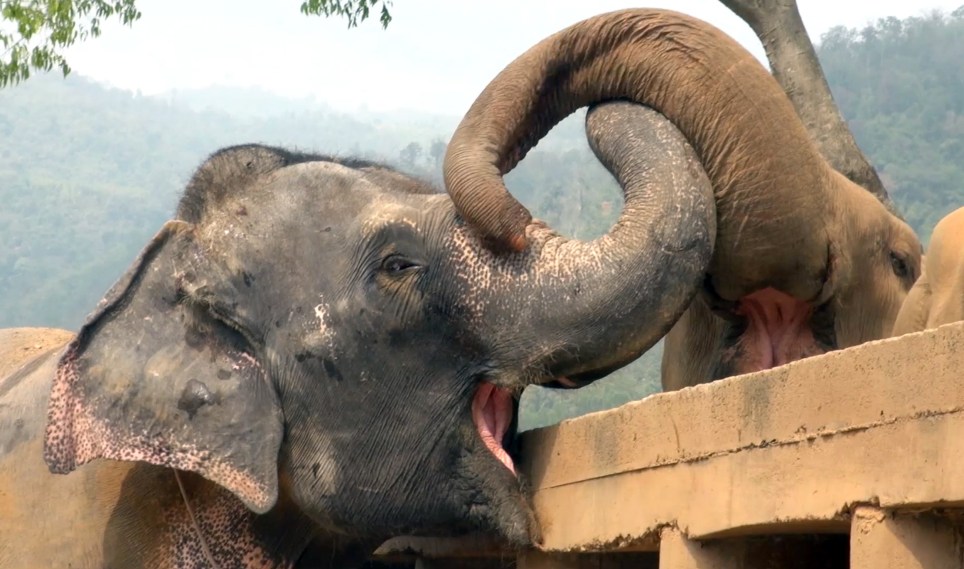 One sight in particular, which occurred shortly after her arrival, was breathtaking: the herd at the refuge greeting the newcomer. Ploy Thong, who was completely blind, began sending mild vibrations to alert the other elephants of her presence. 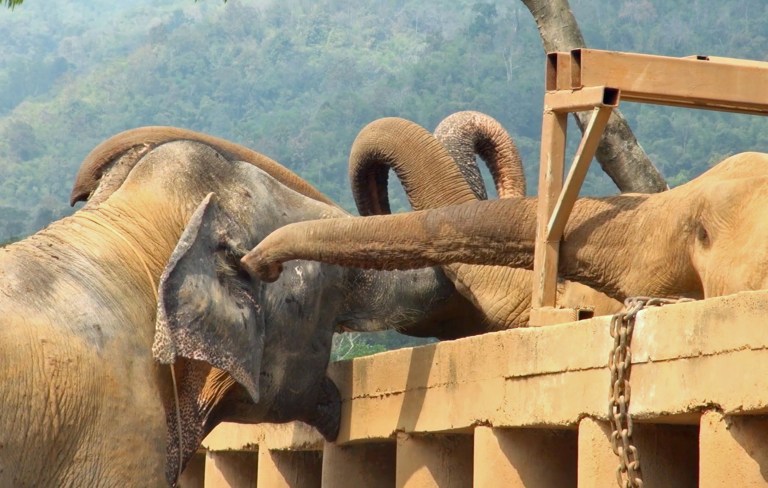 What follows is one of the most moving scenes I’ve ever witnessed! The entire herd gathers around the rescued elephant to show him some of their boundless kindness.

“She brought visitors every day, both eyes blind,” Save Elephant Foundation officials stated. “She was saddled early every day and carried riders until the sun went down. While the visitor rode on her back, she used her trunk to scent the path. Her path to freedom, however, begins.”