A blossoming friendship between Phoebe, an abandoned baby fox cub, and two orphaned badgers has astounded animal lovers after an animal sanctuary in Whitby put the unlikely new family together. Staff were stumped when they were brought a tiny two-month-old fox cub to take care of, but unusually, they had no other foxes to place her with.

The sanctuary was not keen to have Phoebe rely on humans for food and support so staff came up with a radical idea – to see if she could form a friendship with two orphaned badgers. Phoebe the fox was discovered alone and petrified in a cardboard box in Leeds, while nearby, two small badger cubs were found wandering in the street in Meltham, West Yorkshire. 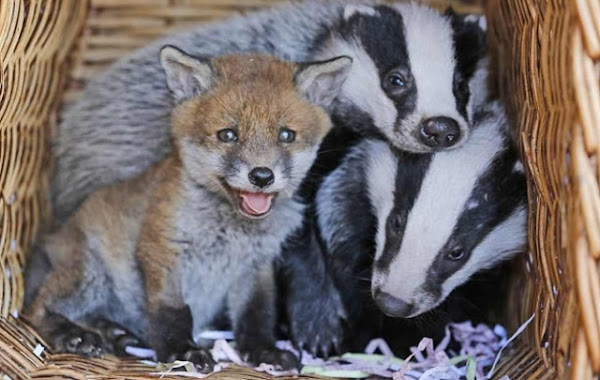 Phoebe’s family was never found but an adult badger believed to be Betty and Bella’s mother was found dead in a road nearby. The tiny fox and the badgers were separately taken to Whitby Wildlife Sanctuary in North Yorkshire where staff decided to place all three together. 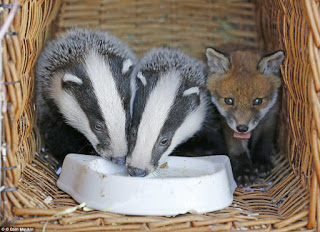 Badgers and foxes avoid each other in the wild, but the trio of two-month-old cubs, have found solace in one another’s company. Under the watchful eye of chief executive Alexandra Farmer they are thriving. She said: ‘Foxes and badgers would never mix in the wild, in fact they tend to keep out of each other’s way. 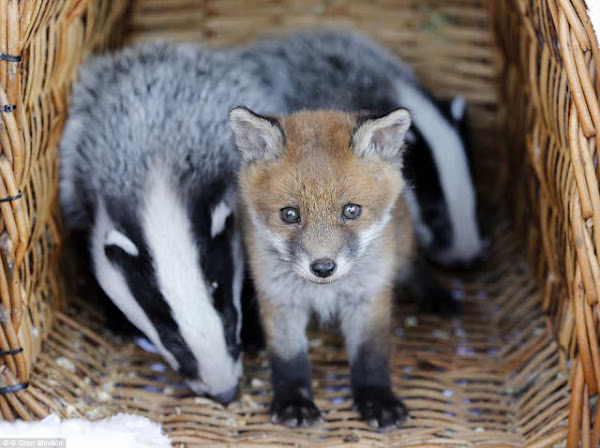 ‘But these three were wild animals without their mothers, all of a similar size and we thought we could place them together as long as we kept a close eye on them. 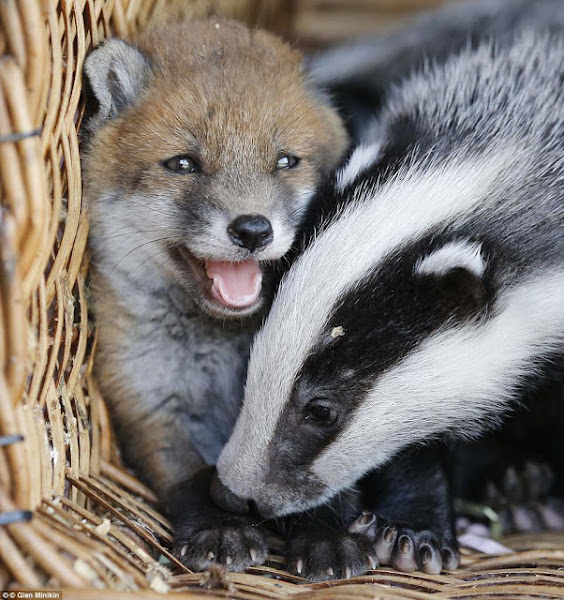 ‘We have been delighted to see they have bonded extremely well, it’s been lovely to see them feeding, sleeping and even playing together.’