As a puppy, 6-year-old Merrick was abandoned at a garage sale. He had a huge abscess on his face and needed corrective surgery. Right from the start, the poor boy faced a lot of hardship.

Unfortunately, it wasn’t smooth sailing from there at all. Brought to the Kansas City Humane Society, Merrick waited and waited for someone to take him home for good. He waited there for over 5 years.

Merrick spent more than 2,000 days living at the Kansas City Humane Society. His need to be the only animal in a home and the fact that he lived most of his life in a shelter deterred many potential adopters. Small children make Merrick uncomfortable since he has such limited exposure to them, and he has a lot of strength and energy which can bowl over young kids. 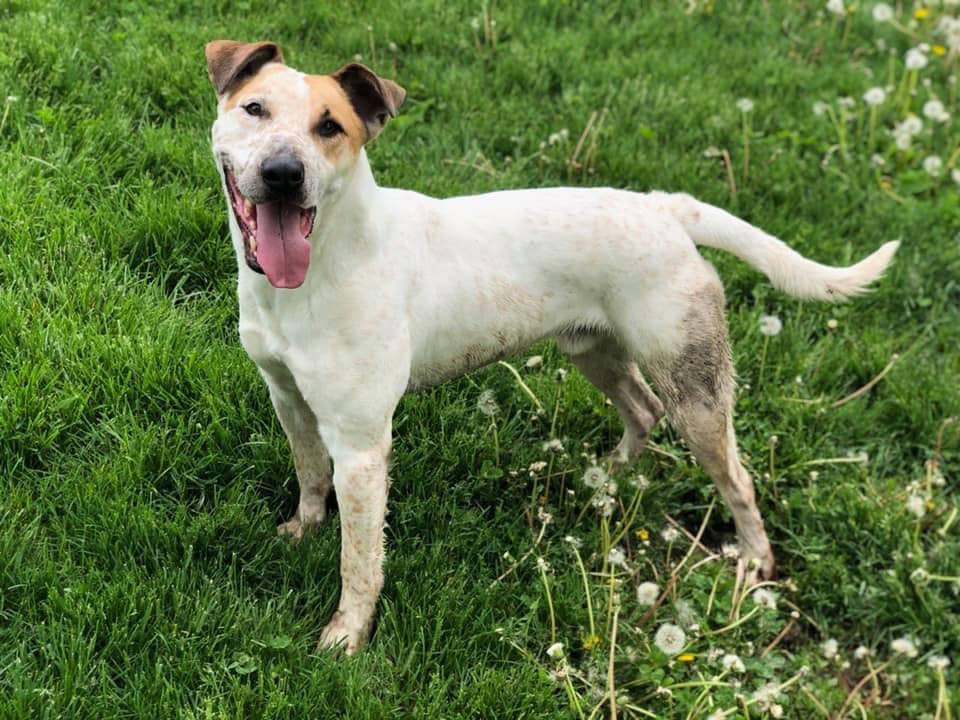 “Merrick is an athletic guy and his playing style is pretty vigorous. It’s all in good fun and he’s never been aggressive with people, but he does play hard!” –Merrick’s Petfinder page 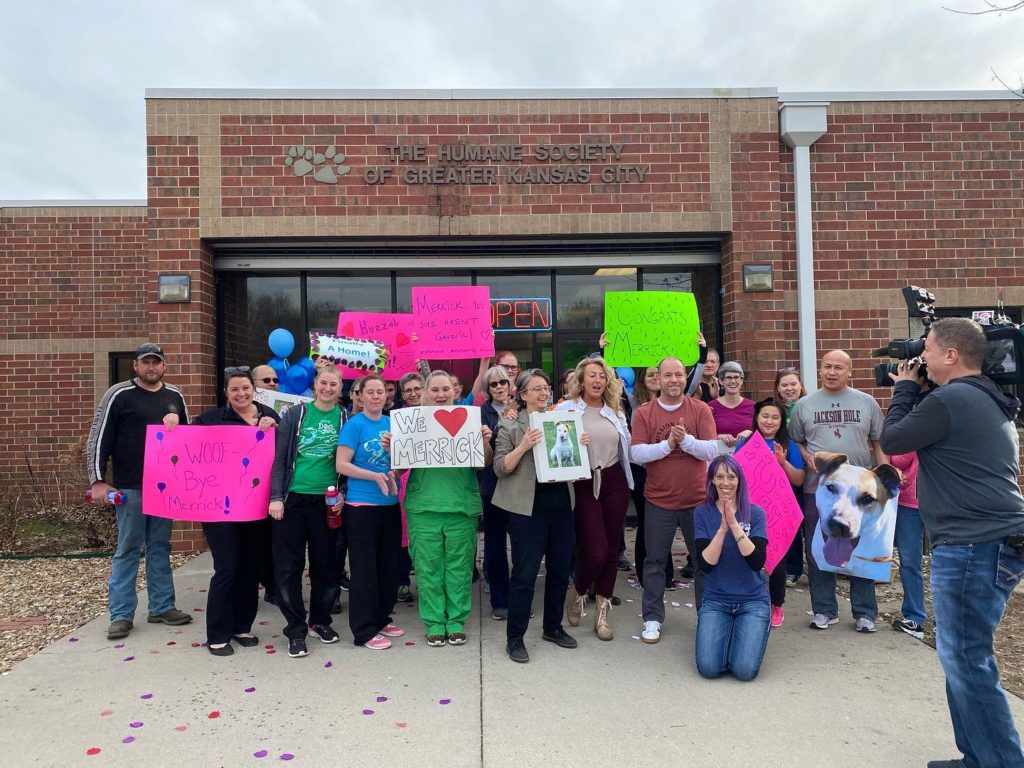 “It was love at first sight. What they wanted was someone without kids who had a lot of energy to keep up with him because he’s a huge dog. But he’s still a puppy.” (The Guardian)

The shelter staff and volunteers all lined up to see their longest resident join his new family. They had made celebratory signs and brought balloons. Merrick endured dozens of photo and video shoots as part of a social media campaign to find him a home. People shared the dog’s story far and wide, yet the years went by without him being adopted.