It is complicated to believe that anyone can abandon an animal under any circumstances, let alone a dog with a disability, which needs all the care and affection possible. Unfortunately, that’s what happened to this pit bull named Charlie, who was left in a park completely alone.

Fortunately, a very kind man had him rescued and taken him to a temporary home. The pit bull gradually became friends with the other dogs in the place, and in a short time, it had already formed a complete group.

Charlie has a malformation on his front legs that makes walking difficult, but that doesn’t stop him from being a happy and very lively dog.

His tutors thought of several treatments for him, but the least invasive solution was to use a kind of crutch to support his paws. 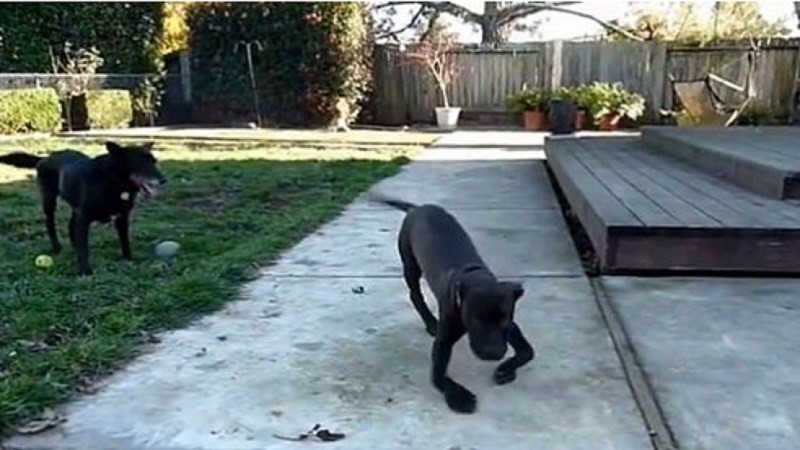 However, Charlie began to reject the crutches over time and ripped them off as soon as he put them on. So the veterinarian responsible for him decided to remove them for a few days to see if his muscles would develop enough for him to walk normally. 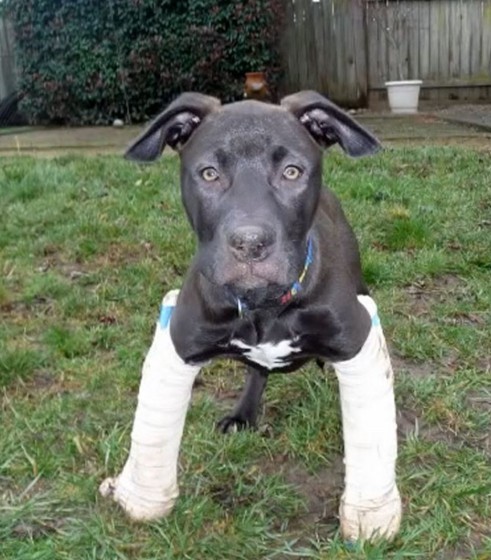 With lots of daily exercise and walking, Charlie’s paws were getting stronger every day, and he was able to walk and normally run, without letting his disability hinder him. The lovable pit bull went on to lead a happy and healthy life. 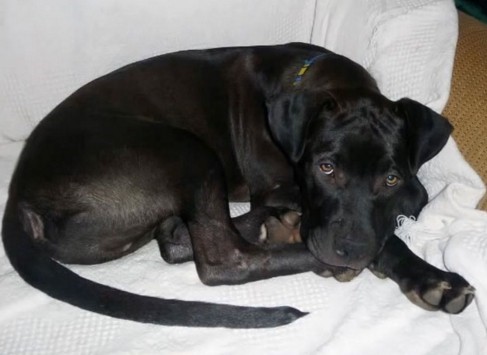 And to make this story even better, a loving family saw her picture on the internet and fell madly in love. So they decided to love the cute little dog and name him Crosby.