The Shymko family of Moose Jaw, Saskatchewan (Canada), chose to welcome a gorgeous goose called Steve and his sister Lulu into their house nine years ago, never expecting that they would become extremely significant members of the family.

Carla Shymko told The Dodo that as time went on, they grew to know and love their imposing personalities more. The strongest bond formed between Carla and Steve without a doubt. When she is working in the garden, he follows her around everywhere. 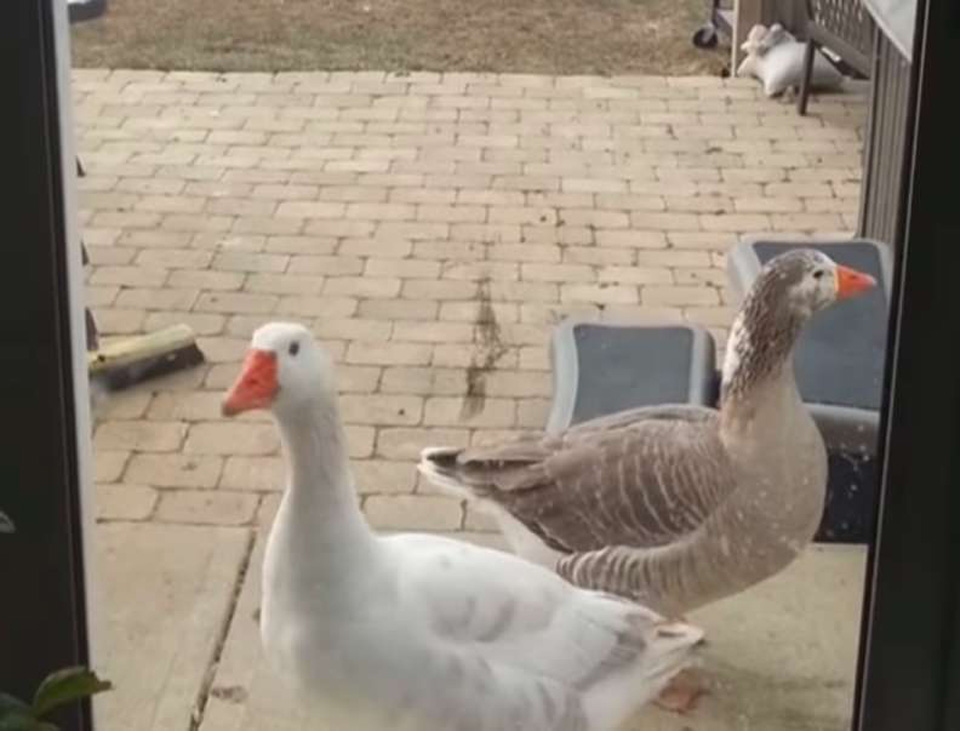 Steve and Lulu had become accustomed to sleeping near to the dogs and were the first to greet visitors. Unfortunately, Lulu died four years ago.

Carla walked out to the house’s patio last month and was surprised to see several white feathers on the floor, and Steve was nowhere to be found. 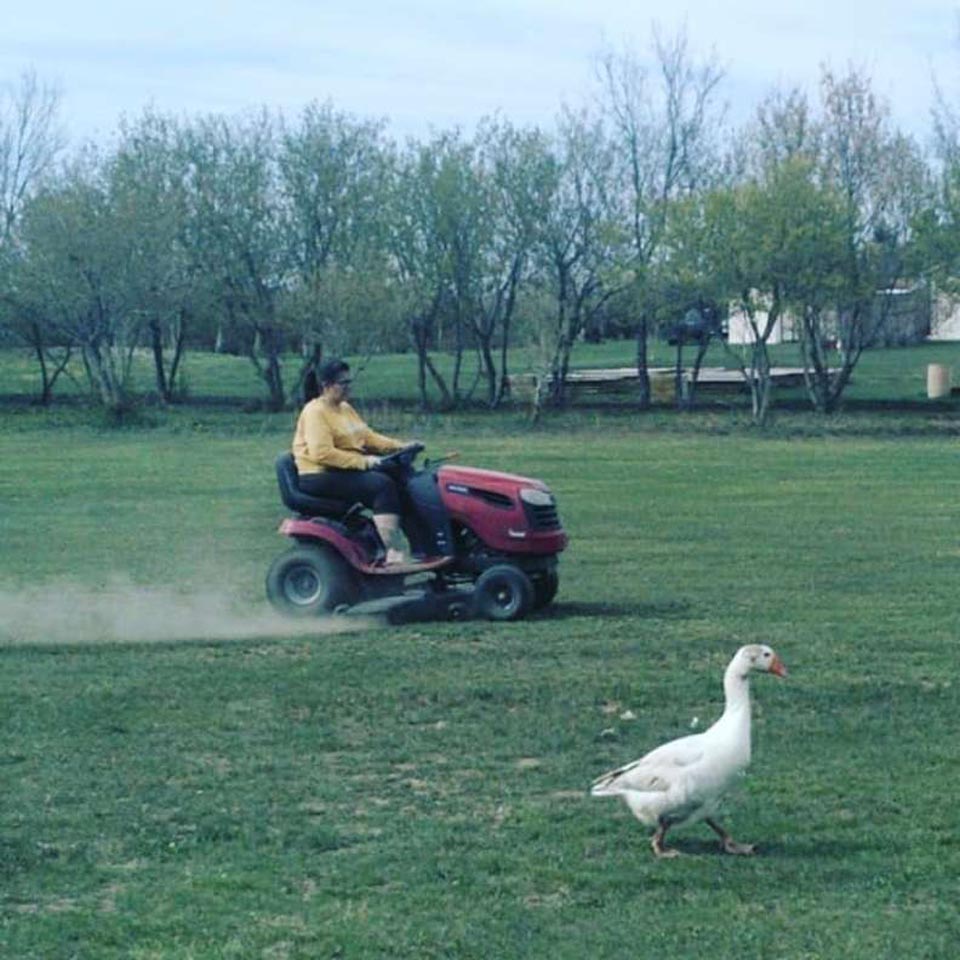 The Shymko began scouring the whole area around their enclosure for the animal but were unable to find it.

The woman was really concerned and decided to post on Facebook in the hopes that a neighbor would know where she was. 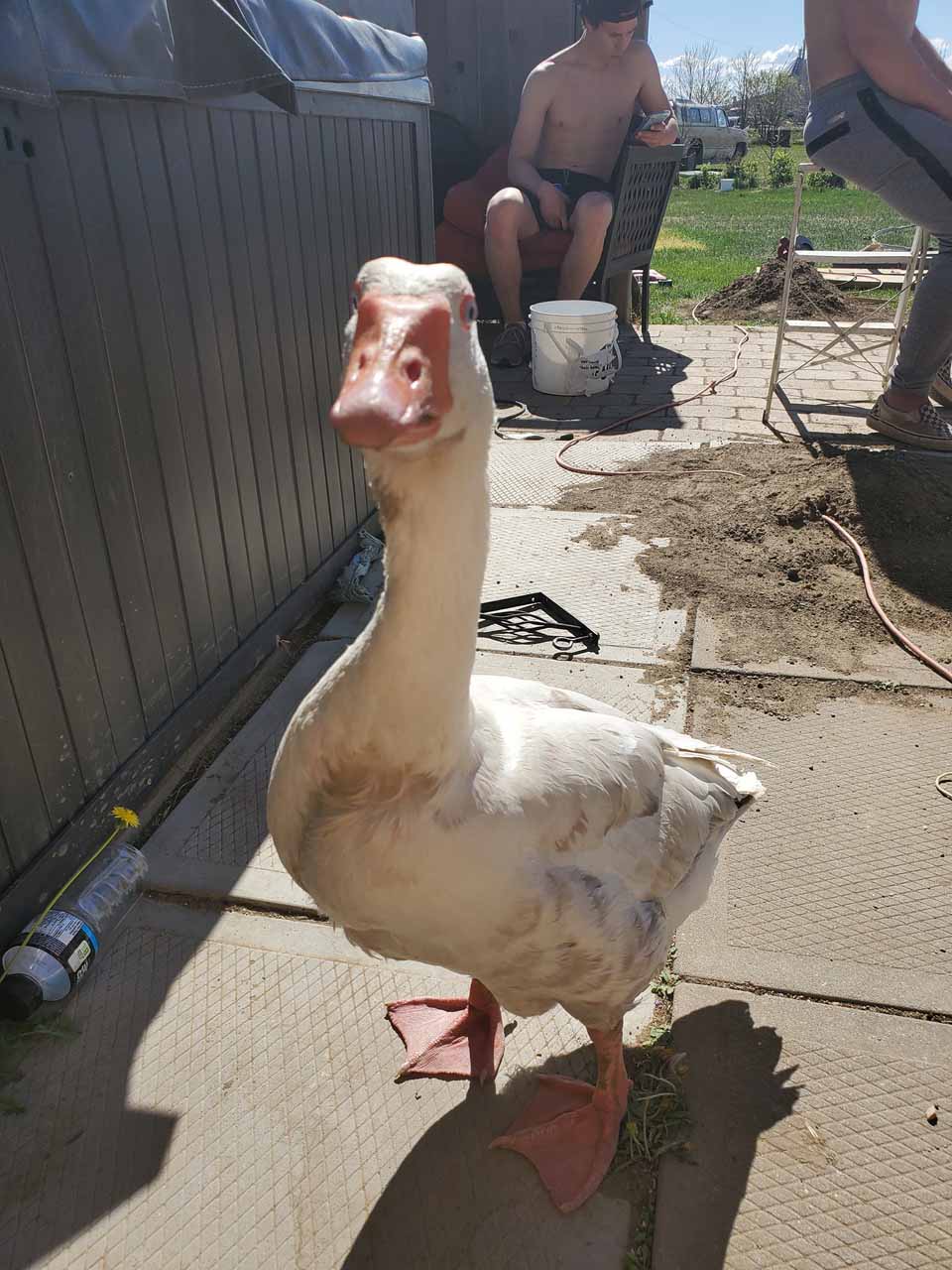 She was scared that others would think she was crazy for hunting for the bird before she made the post, but she eventually decided to do it because Steve is so important to her. 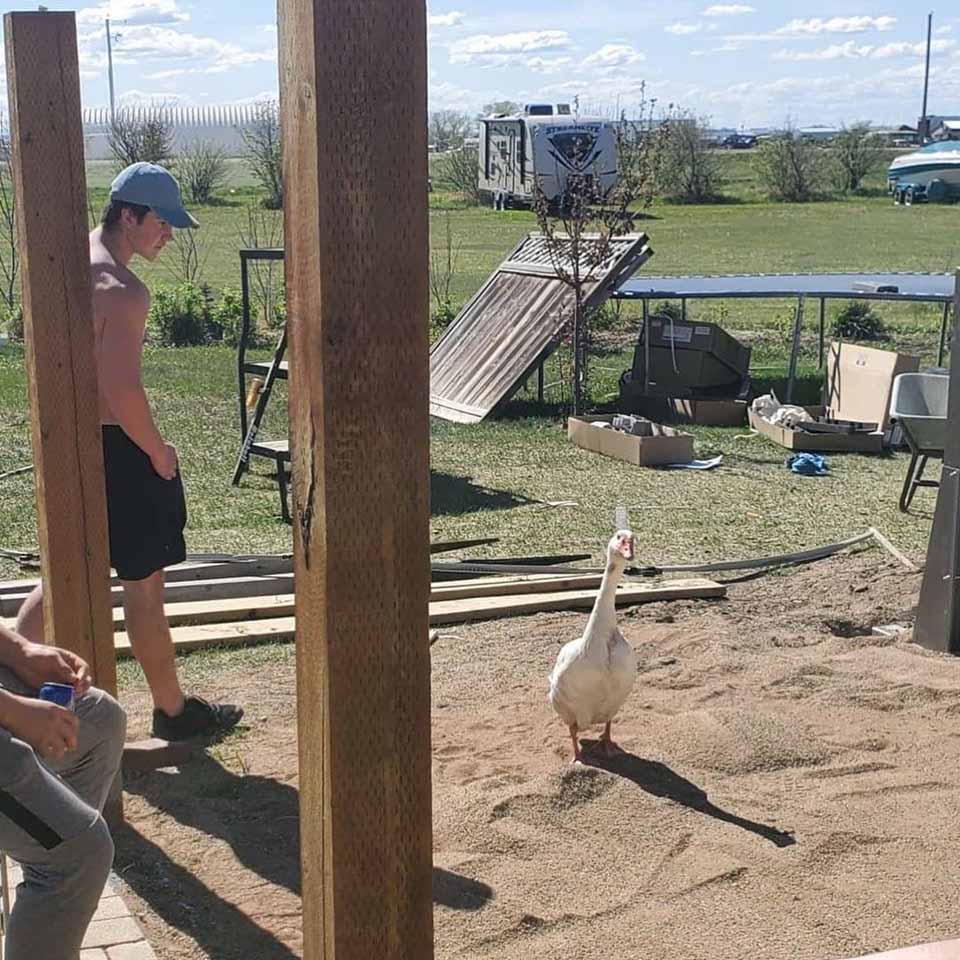 “I ended up posting something on” Moose Jaw Lost and Found Pets “and a few other pages, and honestly, I got hundreds of responses in an hour.” The nicest individuals approached me. People volunteered to help him locate him.

Carla learnt later that day that a neighbor had spotted a fox with a white goose in its jaws, and that they had also discovered a hole under the fence, which looked to be more indication that the fox had gone in and left with Steve, according to CBC.

Carla’s husband heard a knock at the door the next morning, and everyone was astonished to realize it was the goose, who was filthy and had a little blood stain on his leg.

“Steve was waiting for me at our back sliding doors, as he always did when I came in.” 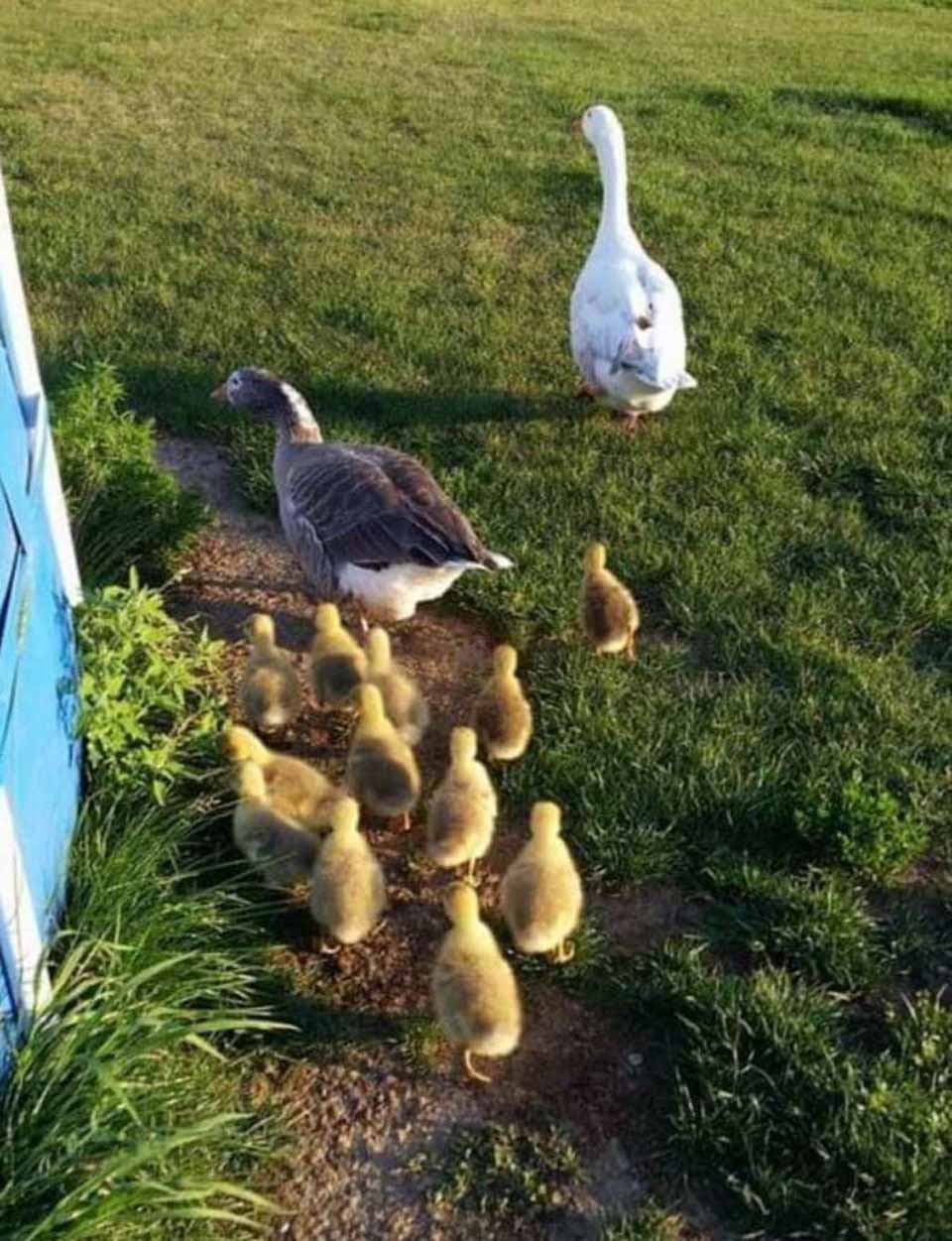 Carla’s husband heard a knock at the door the next morning, and everyone was astonished to see the goose, who was filthy and had a little blood stain on his leg.

“Steve was waiting for me at our back sliding doors, where he normally was when I came in.”

“We take it easy now, but he’s doing fantastic, and as soon as he hears us in the morning, he alerts everyone in the vicinity that Steve has returned.”

Everyone is baffled as to how a goose managed to get away from a fox, but they are all relieved to have him back.