Relocating captive animals is tough and time-consuming, but transporting two beluga whales to another continent in the midst of a pandemic is much more challenging. Despite this, these two whales, known as Little Gray and Little White, were freed from captivity and sent to Iceland as part of a two-year relocation effort.

The creatures were rescued from Shanghai, China’s Ocean World water park. Both whales were captured as juveniles off the coast of Russia and sent to a Chinese aquarium in 2011.
They were relocated to the Beluga Whale Refuge, the world’s first open water sanctuary, by the Sea Life Trust organization.

Although it was a 6,000-mile journey, everything was carefully planned by the organization and carried out with great success. For the first time in almost a decade, these creatures will once again feel the waters of the sea on their body. 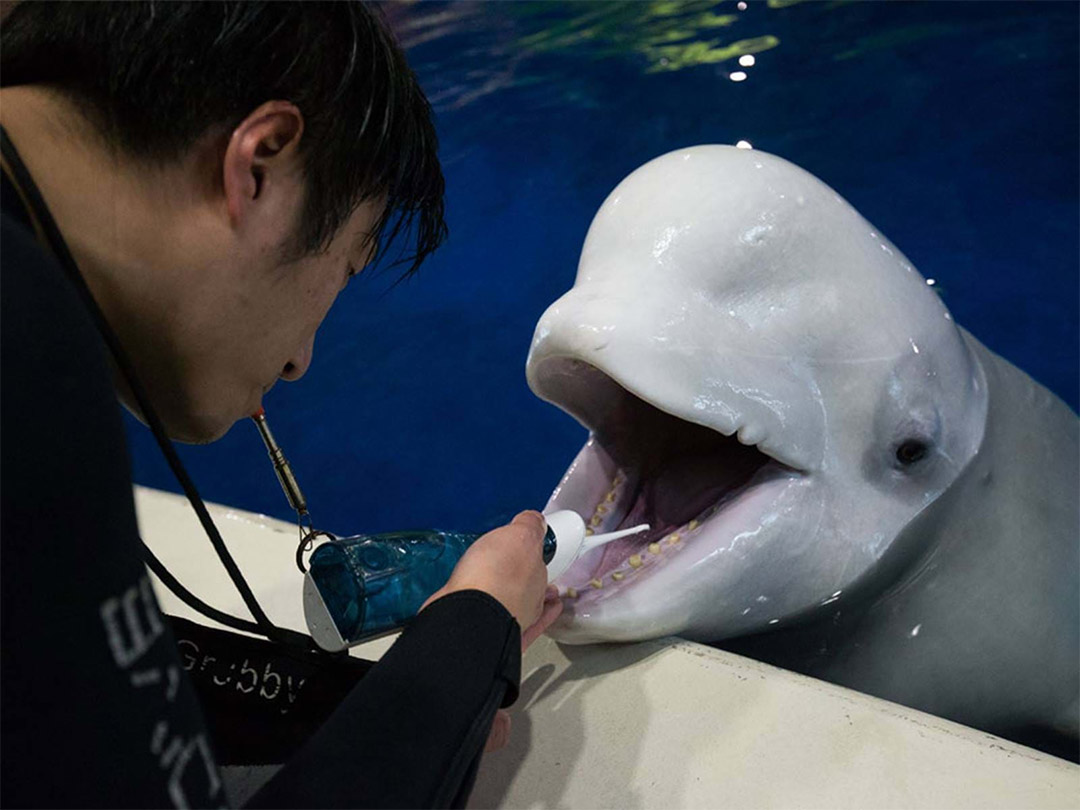 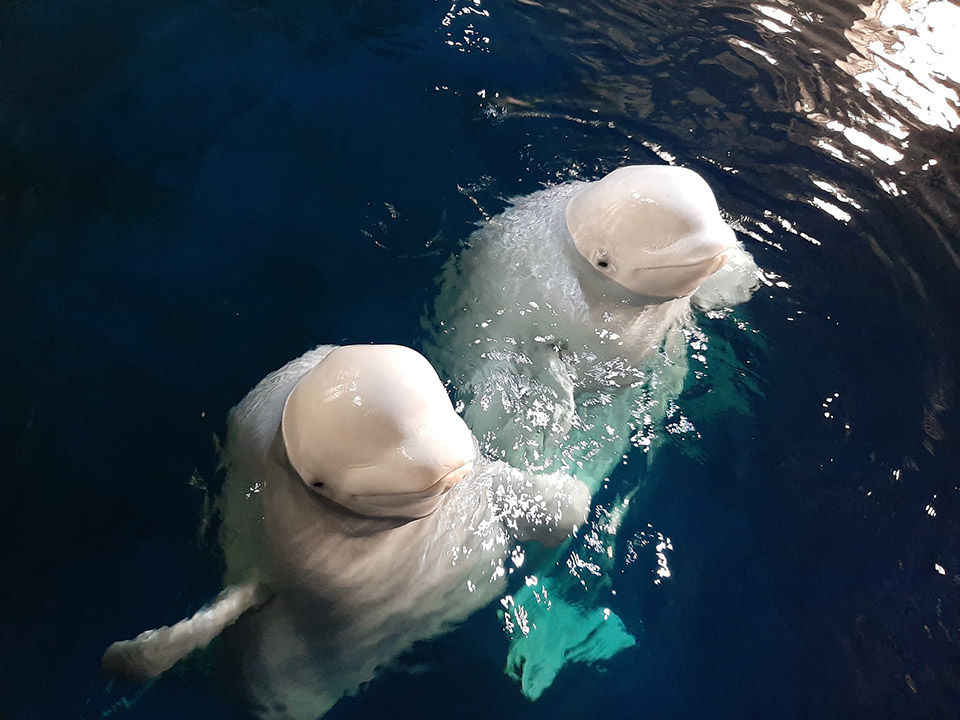 Both 12-year-old creatures arrived safely in Klettsvik Bay, according to the group, and it will only be a matter of time before they are released into the open water region.

The idea of ​​moving the whales was born after Merlin Entertainments bought the aquarium, as this company opposes keeping the animals in captivity. This is how the best way to transport the two females, who weigh almost 4,000 pounds and consume 110 pounds of fish daily, began to be planned. 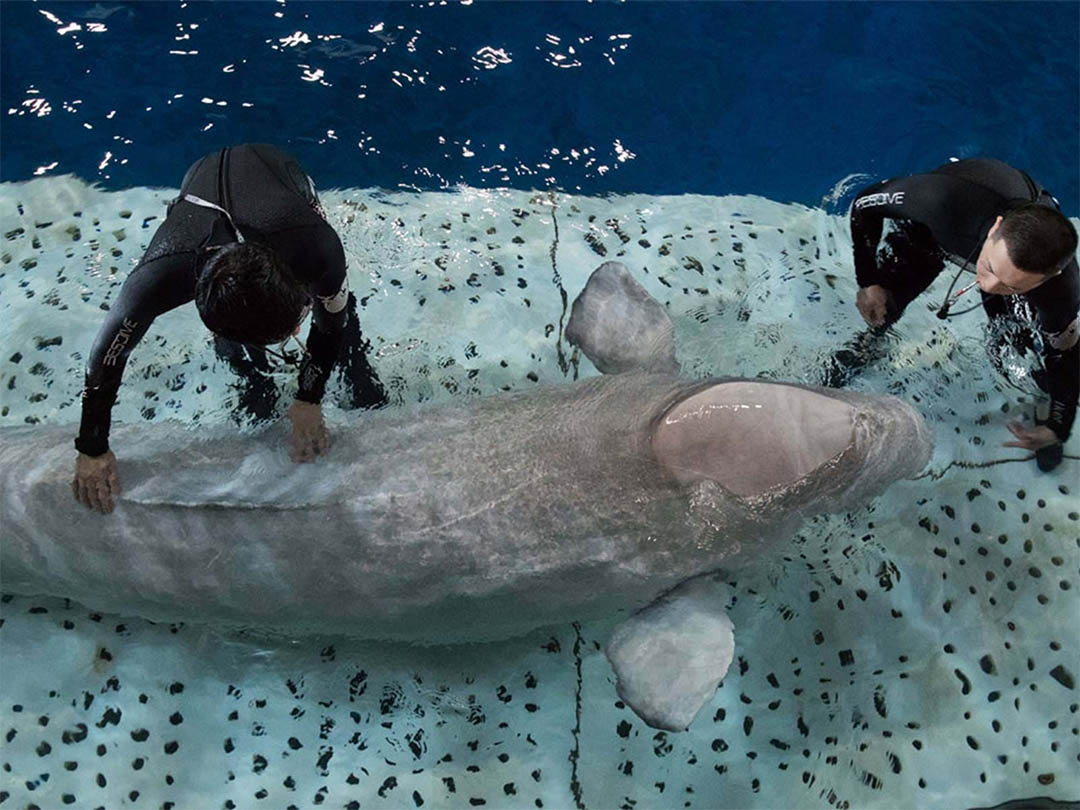 The operation needed specially constructed transportation equipment, veterinarians, and lots of ice and water to keep the animals cool.

The whales were placed in customized slings with foam matting designed to fit their bodies for the voyage to Iceland. All in the name of absorbing the shocks of the convoluted voyage, which included a truck, a Boeing cargo aircraft, and a port tug. 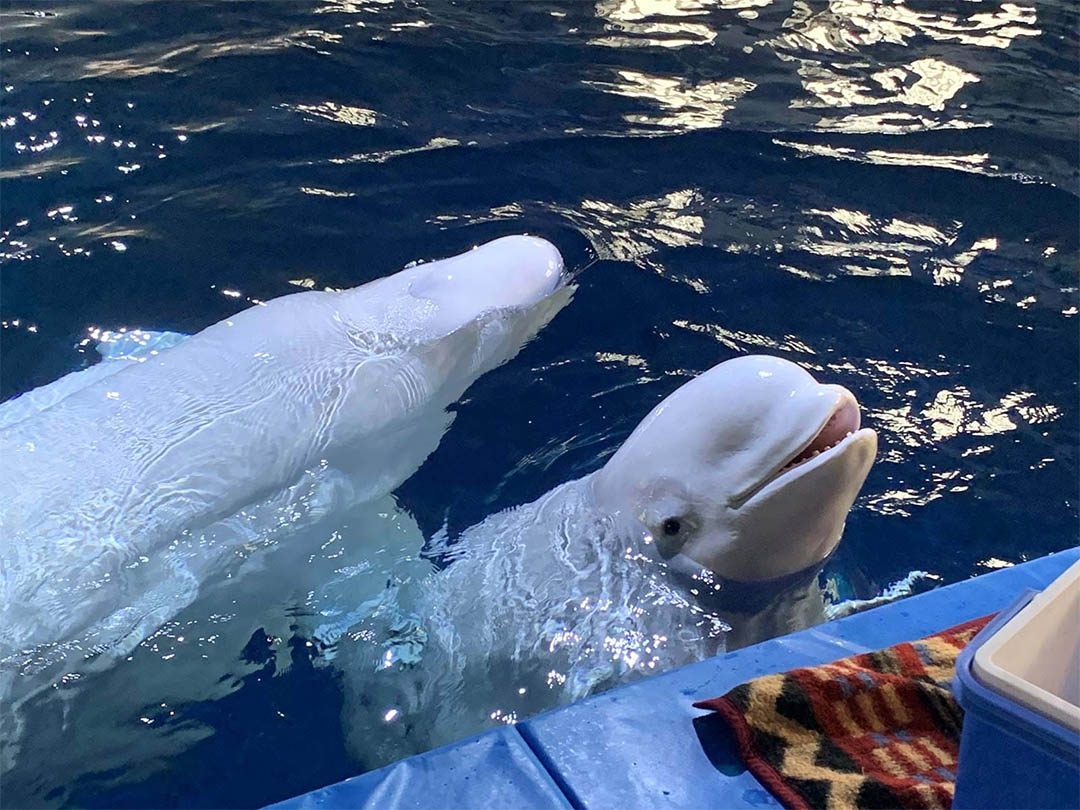 Before embarking on the trip, the team in charge had already done several exercises with the animals, so they were used to movement.. 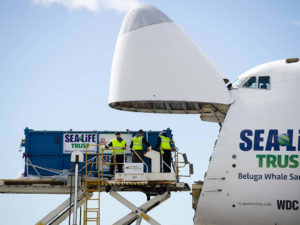 Throughout the trip you could see the joy of both whales, since all they did was smile and share games with their rescuers.

The team described Little Gray as playful, with a very mischievous side; he liked to spit water on everyone. For her part, Little White is more reserved and calm, but still formed very friendly bonds with the caregivers and did not stop playing with them.

After all the process and despite the complications that were experienced due to the pandemic; finally both whales reached their destination safely.