In his cage at Miami Dade Animal Services, a dog was weeping hysterically. Schwabo, the dog, was missing his family and, more significantly, his closest companion and sibling, Rocky.

Jani Bradford, a shelter worker who witnessed the animal peering through the glass divider for her buddy, was moved by the lonely cries.

Rocky is 11 years old and Schwabo is 9 years old; they had lived most of their life together and were transferred to the animal shelter by chance.

Their owner had apparently given them over since he had no other option, as he constantly had disagreements with the owner of his home. 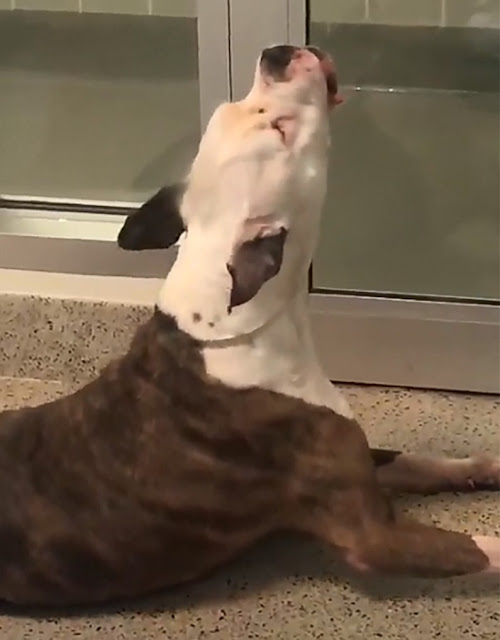 Schwabo felt disoriented and unsure of what to do without his bigger brother, to the point that he didn’t even want to try the meal. 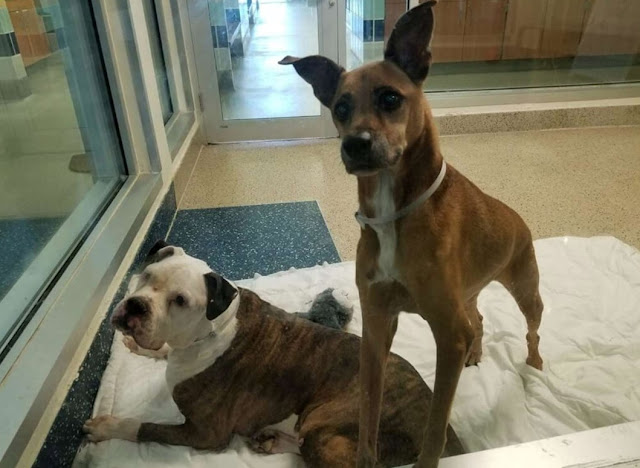 “He grew up idolizing Rocky, and Rocky is still his elder brother now that he’s an adult.” Rocky holds a special place in his heart.

When Rocky and Schwabo arrived at the shelter, they were separated and placed on the animal floor, where they could be adopted. 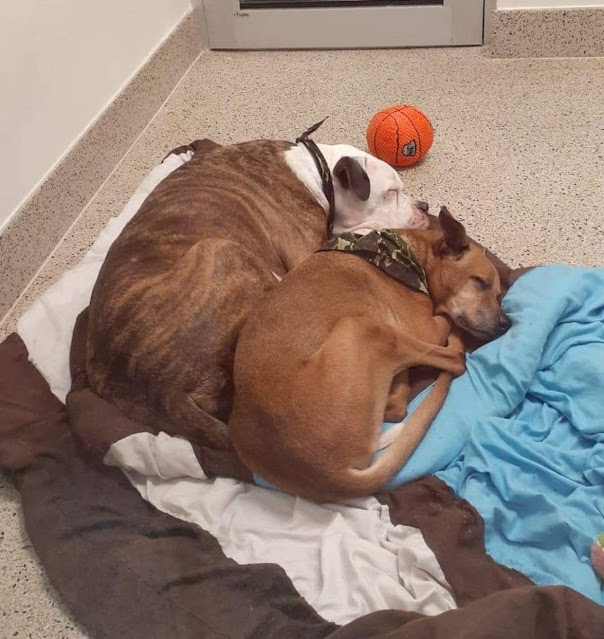 Schwabo, on the other hand, developed arthritis and was limping, therefore he was taken to the upcoming animal level for observation and evaluation. Rocky soon got an adoption application, but the prospective adopter never showed up at the shelter. 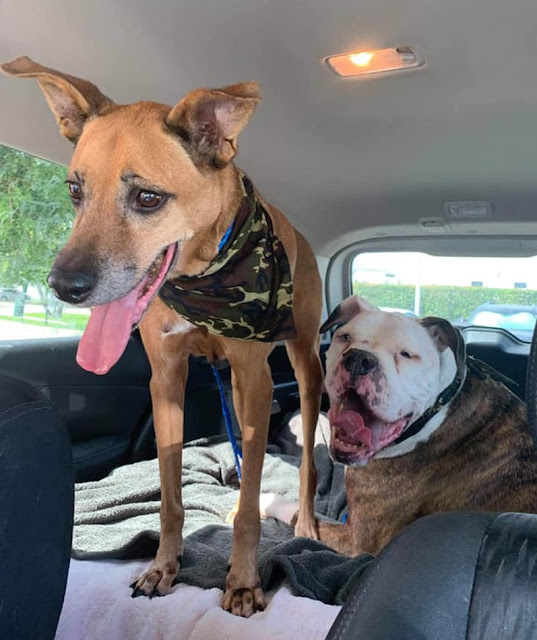 After a few days, Schwabo completed his changes and was reunited with his elder brother, which made him extremely pleased. 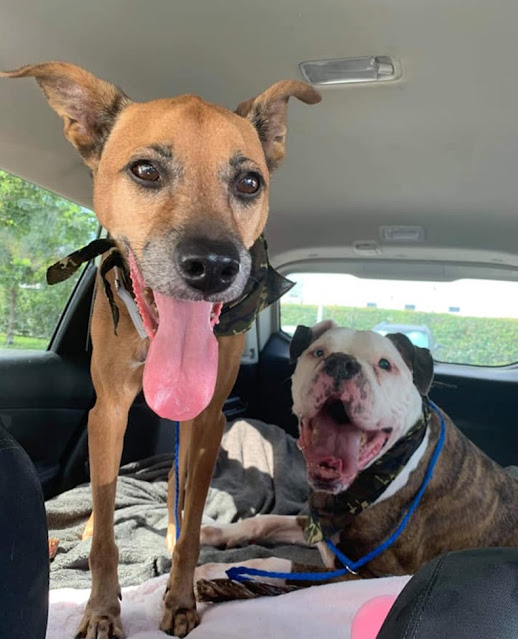 Without a doubt, both canines were overjoyed to see each other again, and while they are really close, they have very distinct personalities. Rocky is older but acts like a puppy, according to Jani; he loves to play and have fun, whereas Schwabo acts like an adult, calmer and more patient. 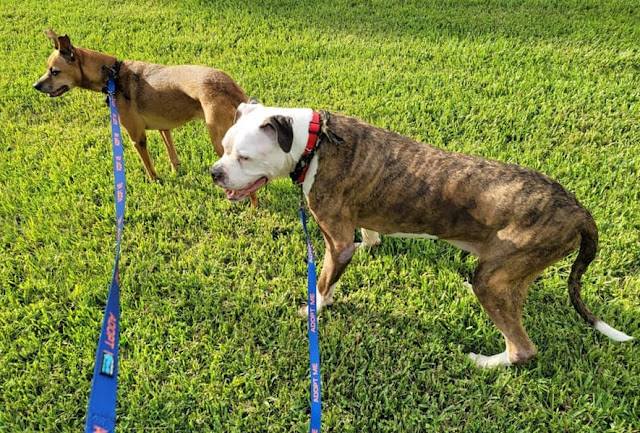 Rocky enjoys being active, but his brother prefers to just hang out with him and watch him play all day.

“Schwabo was on his bed not long ago, and he enjoys watching Rocky do all of his silly stuff. Rocky is required by Schwabo. She enjoys being in his company and watching him play all day. Rocky brings him joy. 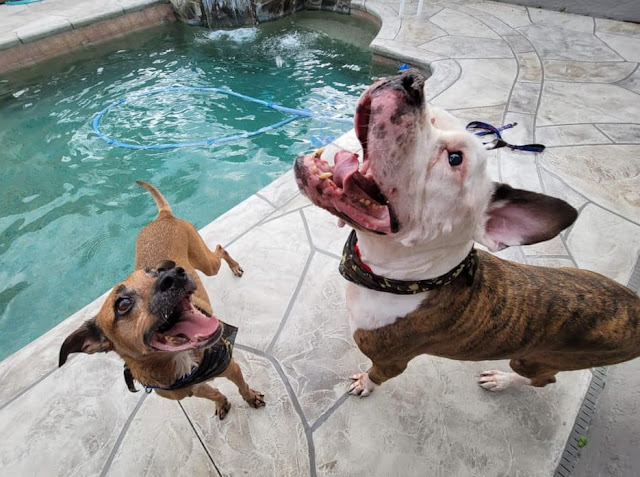 Thankfully, the two inseparable brothers will not have to part again since an organization will take care of that.

After seeing Jani’s Facebook post about the lovely sibling duo, the Doghouse Rescue Academy crew decided to assist them. He brought them to his facilities in the hopes of improving their lives and finding them a permanent home together. 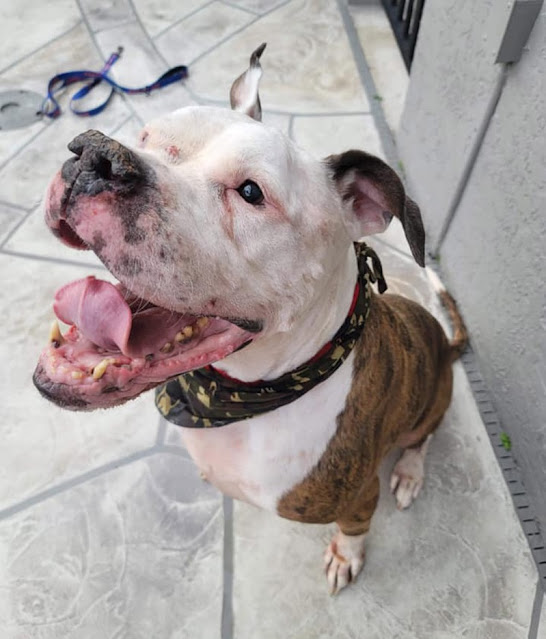 Now that they are out of the shelter, enjoying their company, they are very happy in their new foster home.

The inseparable siblings will continue to enjoy their days together, waiting for a loving family to decide to provide them with a forever home.