A mother dog was crying out for help after her puppy was badly wounded and lying in the street. Fortunately, Animal Aid Unlimited, India was contacted and came to help the distressed family.

When they arrived, they observed that when her baby cried, she cried too. Her pup appeared to have been mauled and was wailing in agony.

“She didn’t stop trying desperately to communicate as we gently lifted her puppy who had two deep wounds and placed him in the ambulance. We couldn’t bring her along because she had 4 other babies to watch over.”

They tried to communicate back to the mother dog, and she seemed to trust that the rescuers would take care of her baby.

“We would try our best to save her sweetheart and bring him home, and how we wished and hoped she would somehow understand.” 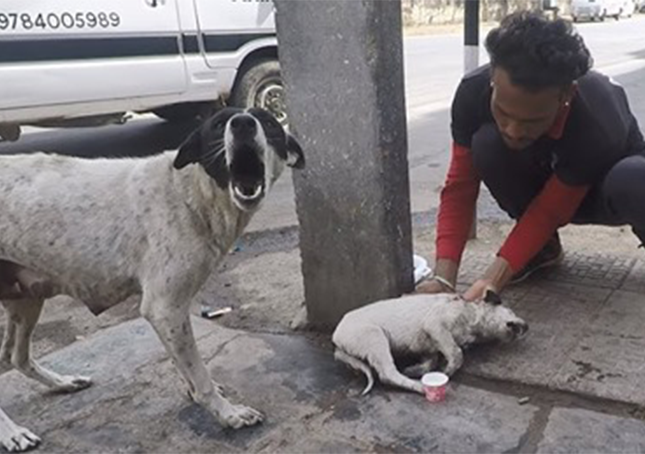 They took the pup back to their shelter and treated his puncture wounds. 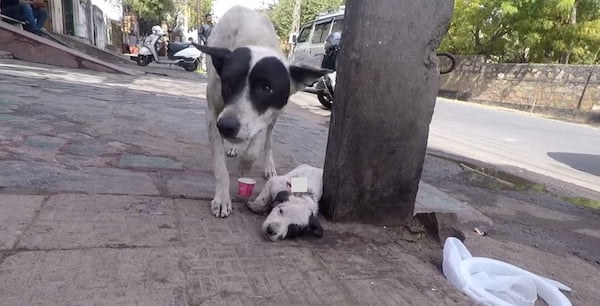 The pain from his wounds left him unable to walk.

“Her little one was so brave, and never struggled throughout his wound dressings. But he had a lingering problem: the wounds hurt him so badly he couldn’t walk for several days. We weren’t sure if the nerve damage was permanent.” 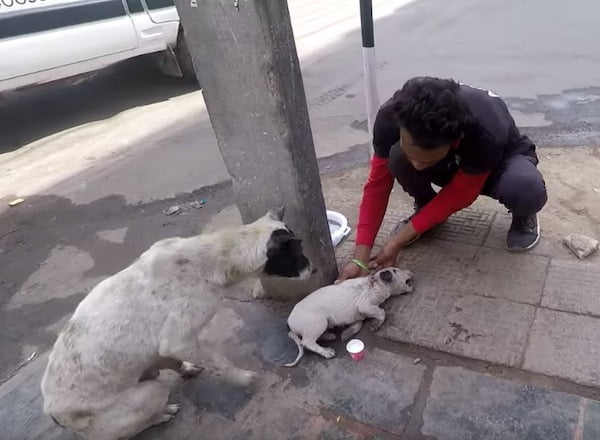 But after lots of rest, food and love Toggle began to feel much better. 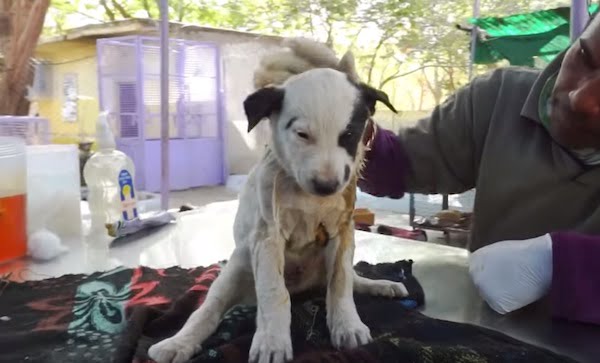 The pup was soon running around, giving kisses to his rescuers. 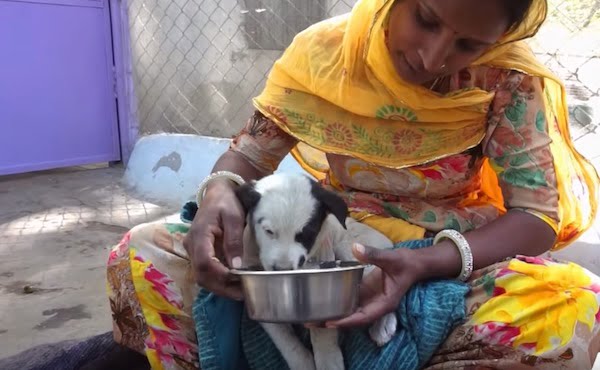 But they knew his place was back with his mama and so they brought him home for a happy reunion with his family.

The rescue pointed out that they will be back to spay the mother dog when her pups are a little bit older.