Animals can act more human than humans, in many cases. Mandy Stantic took this unexpected but adorable picture as she visited a garbage dump in Northern Manitoba and found a bar casually sitting on a sofa. It is not uncommon for bears to be in this garbage dump because they go there to find food, which is still a surprising location for bears.

It may go there for food and get tired, so the sofa is ideal for relaxing. Mandy found that the bear was sitting very humane, cross-legged, waiting for the other bears to finish their work. Interestingly, the sofa’s position even puts an abandoned TV in front of it, so this bear looks like watching TV on a garbage dump. 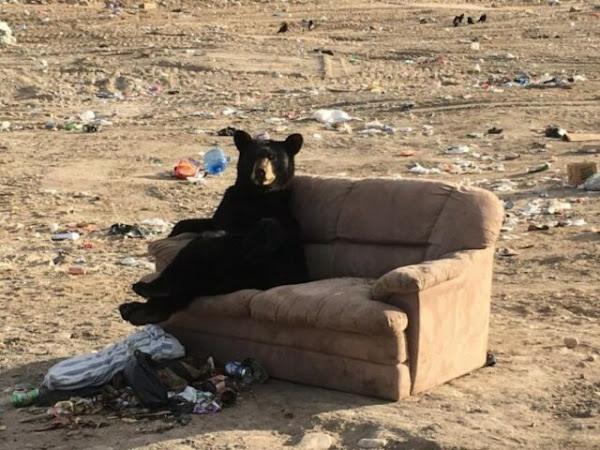 Such an exciting story, and Mandy’s photos are priceless. Mandy Stantic, who took these photos, said that you couldn’t see it in the pictures, but the bear may have watched abandoned TV. 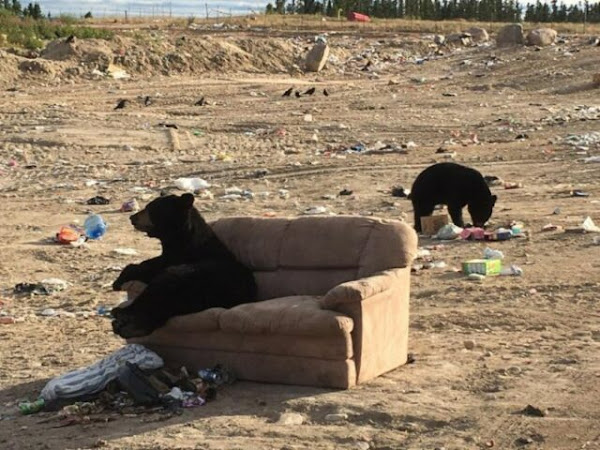 “Whenever somebody would come up with fresh garbage, the bears would all just come running, like a herd of bears to whatever vehicle was there so they could go through it first,” she said.