Life goes on, and the clock continues to run. However, when it comes to saying goodbye to the people who mean the most to us, they never leave our thoughts. Even if we wholeheartedly believe we will never see them again, in the back of our heads, we still anticipate that we will get the opportunity to one day. It’s no wonder they say that saying goodbye is the hardest.

After all, the uncertainties tied to certain goodbyes leave us overwhelmed, saddened, and conflicted. There may be times that even doing everything in our power may not bring them back. In the meantime, however, we must stay strong until if and when that much-needed reunion occurs.

For a young boy in Nashville, Tennessee by the name of Lennox Goebel, he cried when his neighbor, who’s a musician, took her dog Bogart to live in another state while she was traveling for a tour. 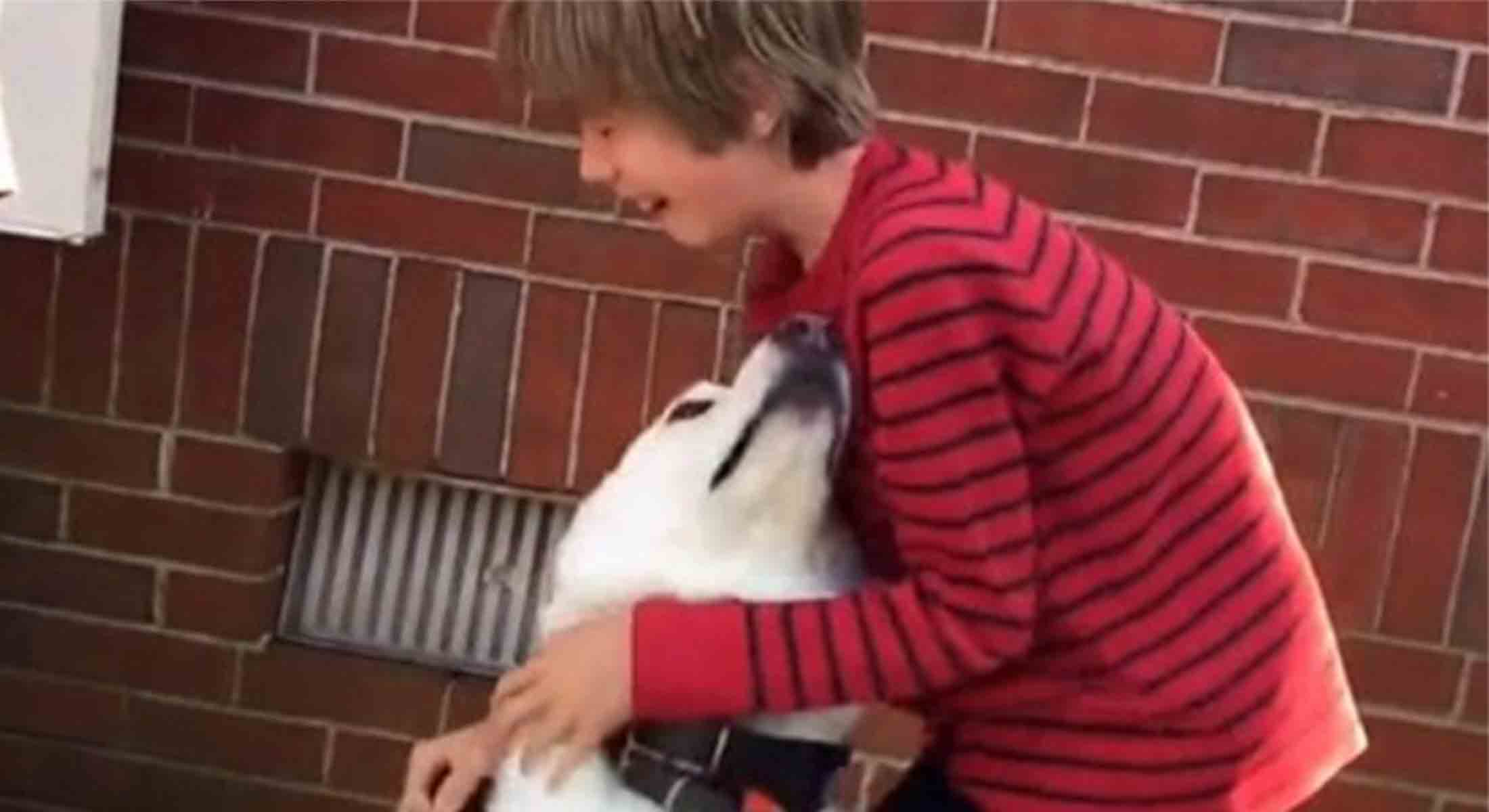 Lennox had an inseparable bond with Bogart and loved him dearly. “A year ago, our neighbor had to take her dog to live in another state while she traveled, and my son stood in her yard and cried as they drove away,” says Ellen, Lennox’s mother. 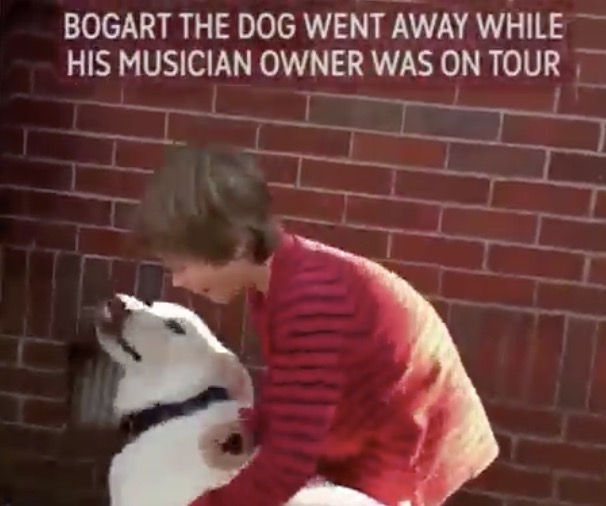 Due to the circumstances, Lennox didn’t know when he’d ever see the canine again. According to Ellen, they were not expecting Bogart to be gone for long, but an entire year had passed. The whole time, 11-year-old Lennox prayed each night to see beloved Bogart again. 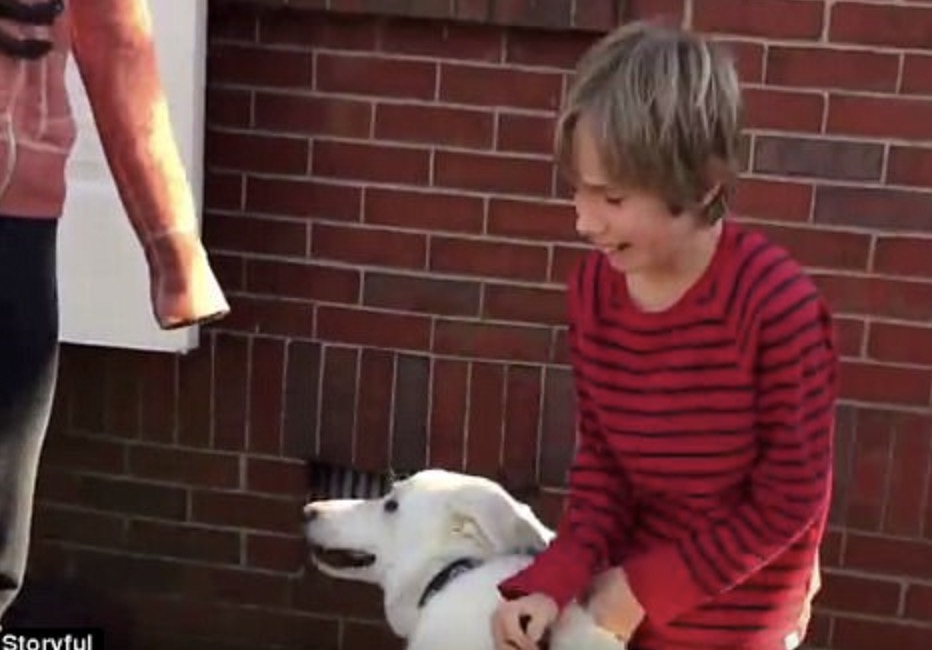 Then Lennox’s prayers were answered. 12 months later in April of 2017, Ellen led Lennox into the backyard, and there was Bogart! The beautiful reunion between the boy and the pup, which was caught on video, is leaving viewers with watery eyes. 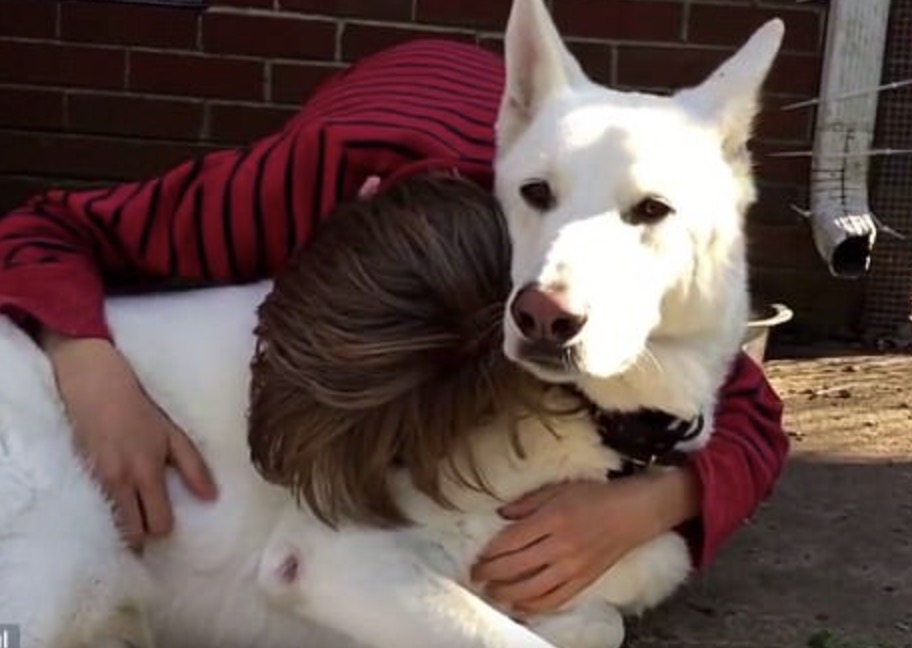 Lennox cries tears of joy as Bogart whimpers, wags his tail, and gives his best human friend lots of kisses as they hug for the first time in a year. Bogart truly looks happy and at peace with Lennox in his presence. Now that’s true friendship! The good news is, the two won’t have to be separated anytime soon. Until the neighbor tours again, we hope Lennox and Bogart enjoy each and every moment they are able to spend together!