The world needs more people who are kind to stray animals. That is why it’s so lovely to see a group of Boy Scouts doing their part to help the feral cats and kittens of Atlanta, Georgia stay warm during the wintertime.

High school student and Boy Scout, Tyrell Cooper, and his troop, Troop 3310, undertook a DIY project in which they created insulated cat shelters.

These “feline abodes,” as he referred to them, were then donated to LifeLine Animal Project, which does its part to protect stray cats and kittens living on the streets from being exposed to the elements during wintertime.

Sadly, feral cats can face a number of health risks and dangers, including hypothermia, if they’re exposed to the elements and have no shelter.

As a result, these cats will often have significantly shorter lifespans than their indoor counterparts. 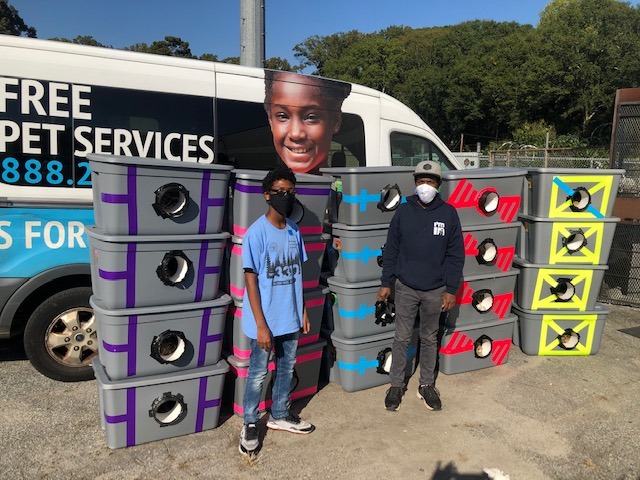 On average, cats who are well-cared for will live anywhere between 10-15 years. Stray cats will often live only 2-5 years.

The LifeLine Animal Project was thrilled to receive these brilliantly-colored constructions, and they shared a heartfelt thank you on their Facebook page. 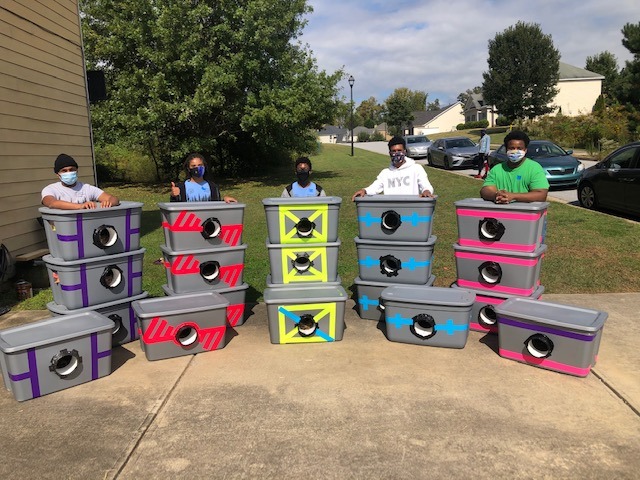 In their post, they further revealed that they will be using these shelters to give to their cat colonies of feral cats who’ve been trapped, neutered, and released (TNR). TNR is a program in which stray cats who are too feral to be adopted can still be cared for while ensuring that their populations do not get out of control. The LifeLine Animal Project has also shared that you can tell a TNR cat as there will be a tip of their ear missing to signify they’ve gone through the process. 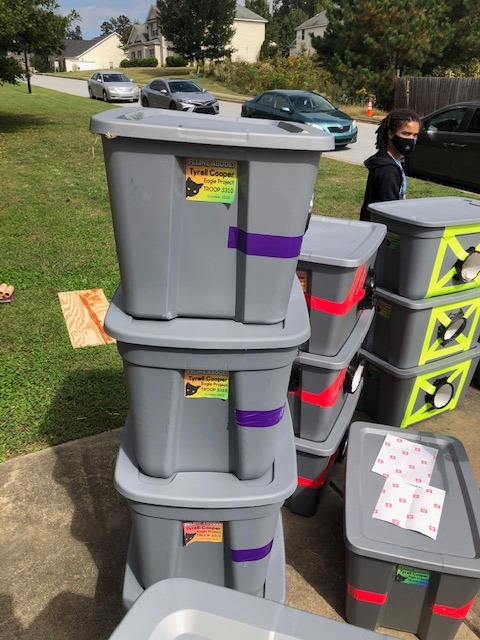 Lifeline has also shared some tips for dealing with any stray kittens you may find. If they are healthy-looking and in a warm environment that seems safe and away from traffic, chances are, they’re being cared for by their mom.

However, if they seem like they’re cold or dirty, or they’re in an environment with immediate danger, then you should take them to an animal shelter or rescue group.

As for Tyrell, his kindness project has paid off, as it helped him to advance to the Eagle Scout level. As Patch.com revealed, while he’s currently an honors student attending Westlake High School, he has plans to attend college after graduation. He wants to major in ecology. We have no doubt that the feral cats of Atlanta are quite grateful to him. Let us know what you think!