The boy, called Belal and believed to be in his early teens, defiantly held the young fawn in one hand above his head as he plunged through the surging river. During the ordeal onlookers were unsure whether the boy was going to appear again.

When he finally made it to the other side the locals cheered as the deer was reunited with its family. 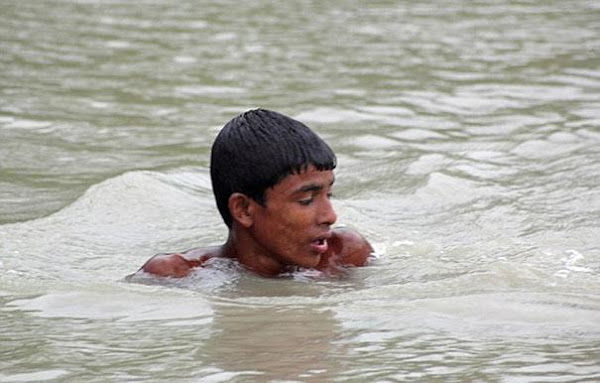 The incident took place in Noakhali, Bangladesh, when the young fawn became separated from its family during torrential rain and fast-rising floods. 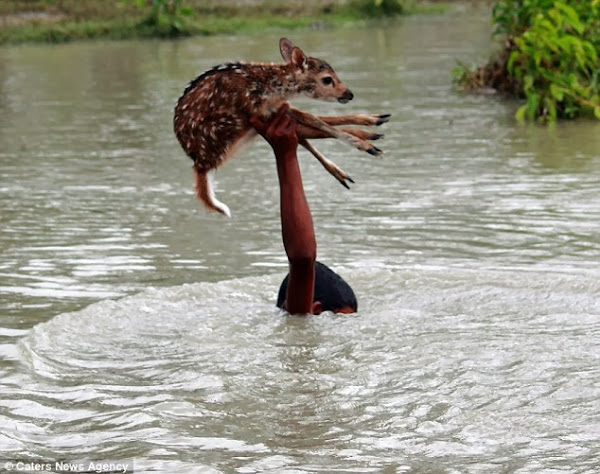 Wildlife photographer Hasibul Wahab captured the brave act while visiting on a photography trip. He said the Noakhali locals lose a lot of deer during the rainy season and that they have to do all they can to protect them. 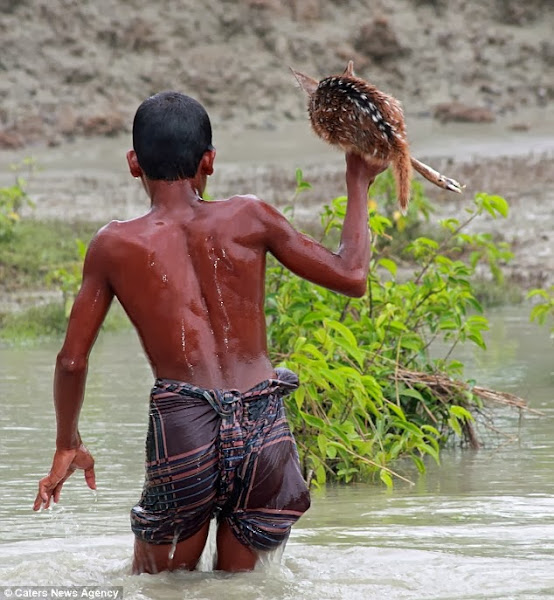 He said: ‘He was such a brave boy – the river was so full of water and it was high tide so we thought he might drown. ‘My friend was even ready to jump into the river to save the boy. 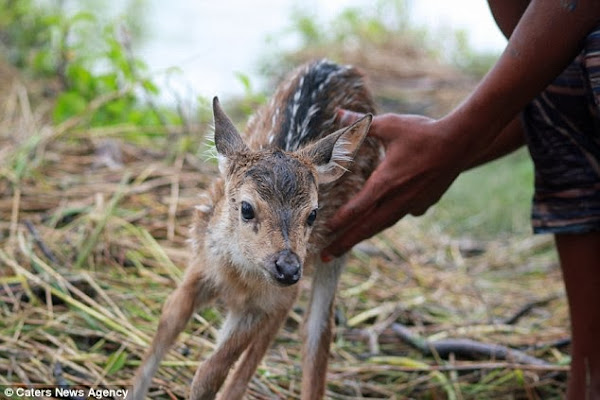 But he made it, and when he returned, we thanked the boy. ‘There were only five to seven people observe this situation but it was a phenomenal sight.’