Barrie is an adorable puppy with a face that could melt the coldest of hearts; however, for British army veteran Sean Laidlaw, Barrie is more than just a sweet face. Barrie is the dog that helped Sean to keep his sanity while he was spending time in Syria.

Sean and Barrie first met when the 30-year-old army veteran heard the puppy whimpering under some slabs of concrete where a school had collapsed following an explosion. Unwilling to let the puppy die, Sean hurried to the rescue. 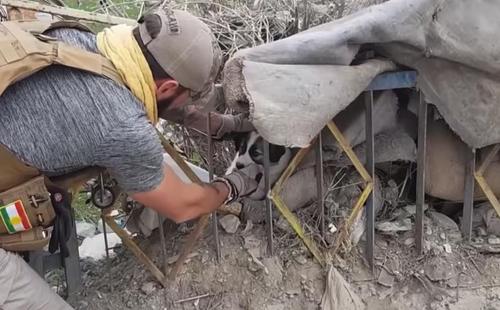 The pair instantly bonded and became almost inseparable. Sean took Barrie to the camp so that, when he was done with his duties for the day, he could enjoy spending time with the furry puppy. Caring for Barrie helped Sean take his mind off his time in Syria and the terrible things that he was witnessing on a daily basis. 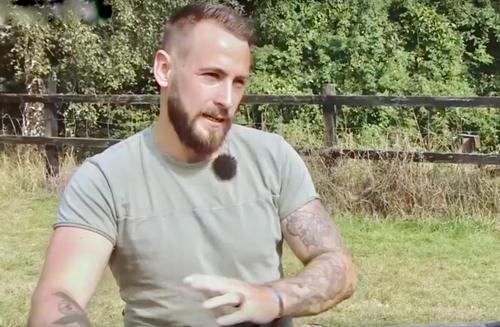 Sean gave the dog the name “Barrie” and then realized that it was a girl; however, he wasn’t about to change the name that she was accustomed to. The two spent all of their free time side-by-side, with Barrie even enjoying rides to town in the passenger seat. 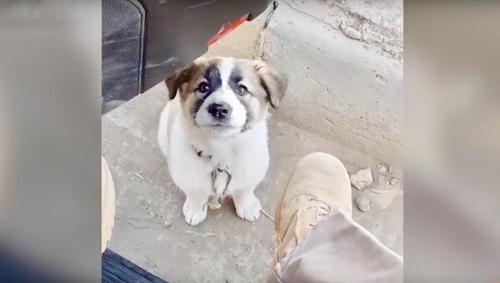 When Sean had to make a short trip back to the UK, he thought Barrie would be fine at the camp until he returned. Imagine his surprise and heartbreak when he discovered that his contract had been canceled while he was on UK soil, making it impossible for him to return to Syria for his beloved dog. 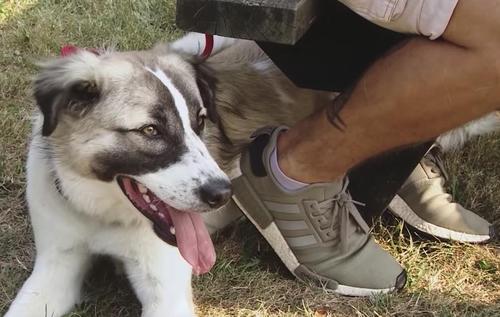 Crushed that he wasn’t even able to tell his best friend goodbye, Sean wasn’t about to give up.

He worked to raise money and then got in touch with a charity called “War Paws”. The process to return Barrie to Sean was a long one, with her being flown from Syria to Iraq, to Jordan, and then finally to Paris where Sean was able to go get her.

During the time that they were apart, Barrie had transformed from a puppy into a grown dog. While Sean was afraid that she wouldn’t remember him, all his fears vanished as soon as she saw him and a look of recognition filled her eyes.

The bond between the two proved unbreakable and they are as close as ever. Although it took a lot of time and money to retrieve Barrie, Sean knows that he would travel the entire world if that was what it took to get her with him again.