A puppy, later named Yukon, was wandering the streets on his own.

People actually thought he was a coyote. To say he was in rough shape was a vast understatement. He was skin and bones and his fur had mostly fallen out from mange. He was completely shut down knowing he was nearing the end of his life.

Yukon hung his head as if he was ashamed. He wasn’t used to mattering to anyone. That lack of love and care really hit him hard. Thankfully, a kind woman named Caitie took him in. At first, all he did was sleep. He had been on the cold streets for so long that he was just exhausted.

When Yukon had his first bite of a burger, it warmed Caitie’s heart right up. He had been starving to death and now his whole life was about to change… for the better! Amazingly, despite being on the streets for so long, Yukon was as sweet as can be. He let Caitie hold him and pet him. It was his way of saying: “Thank you for taking me in.” 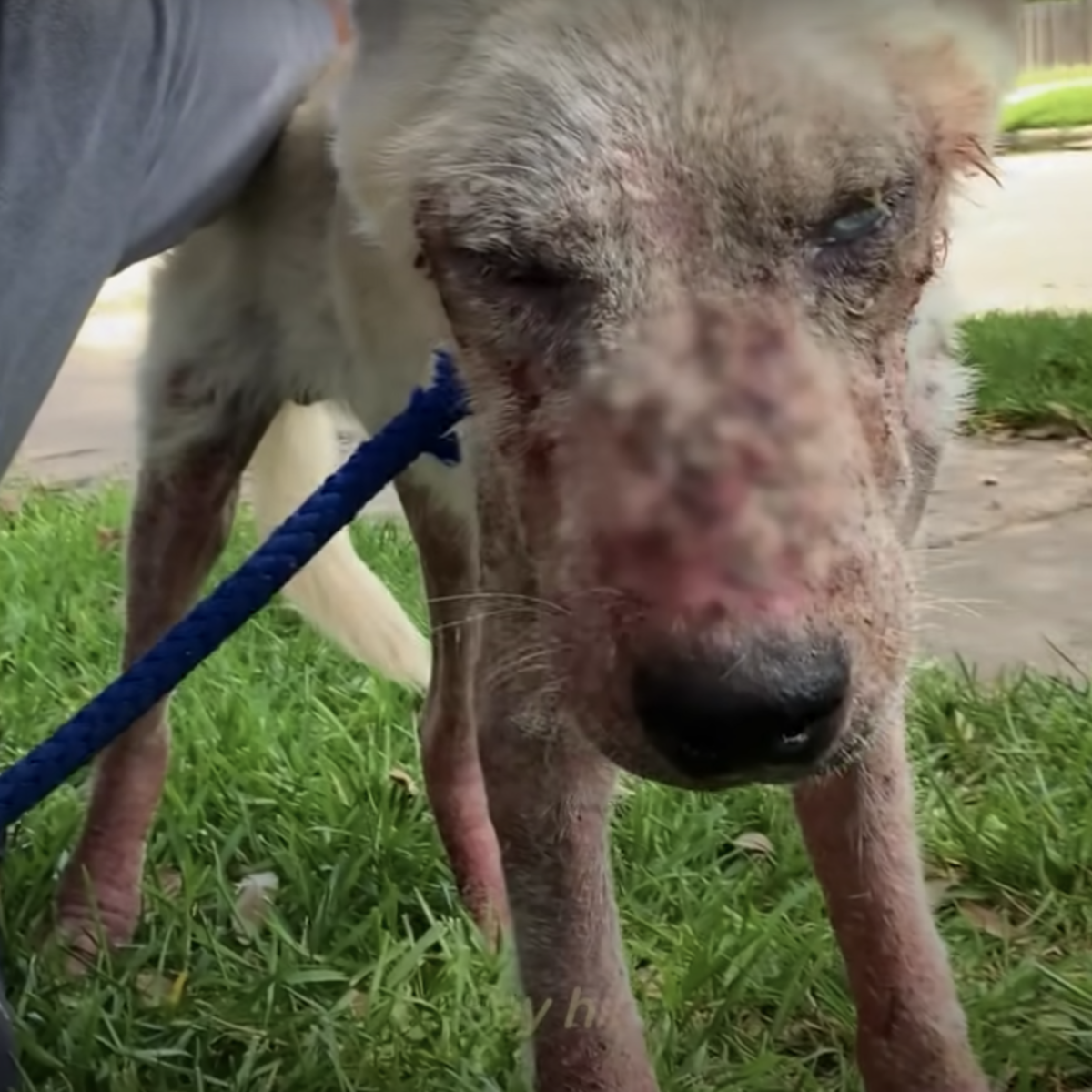 The moment Yukon gets his very first toy is beyond awesome. Of course, at first, he had no idea what to do with it. But then his tail wags say it all. Caitie explains in the video below that after a few days of love and food, Yukon felt content enough to snuggle up to her (while wearing his adorable pajamas to keep his bare skin warm). 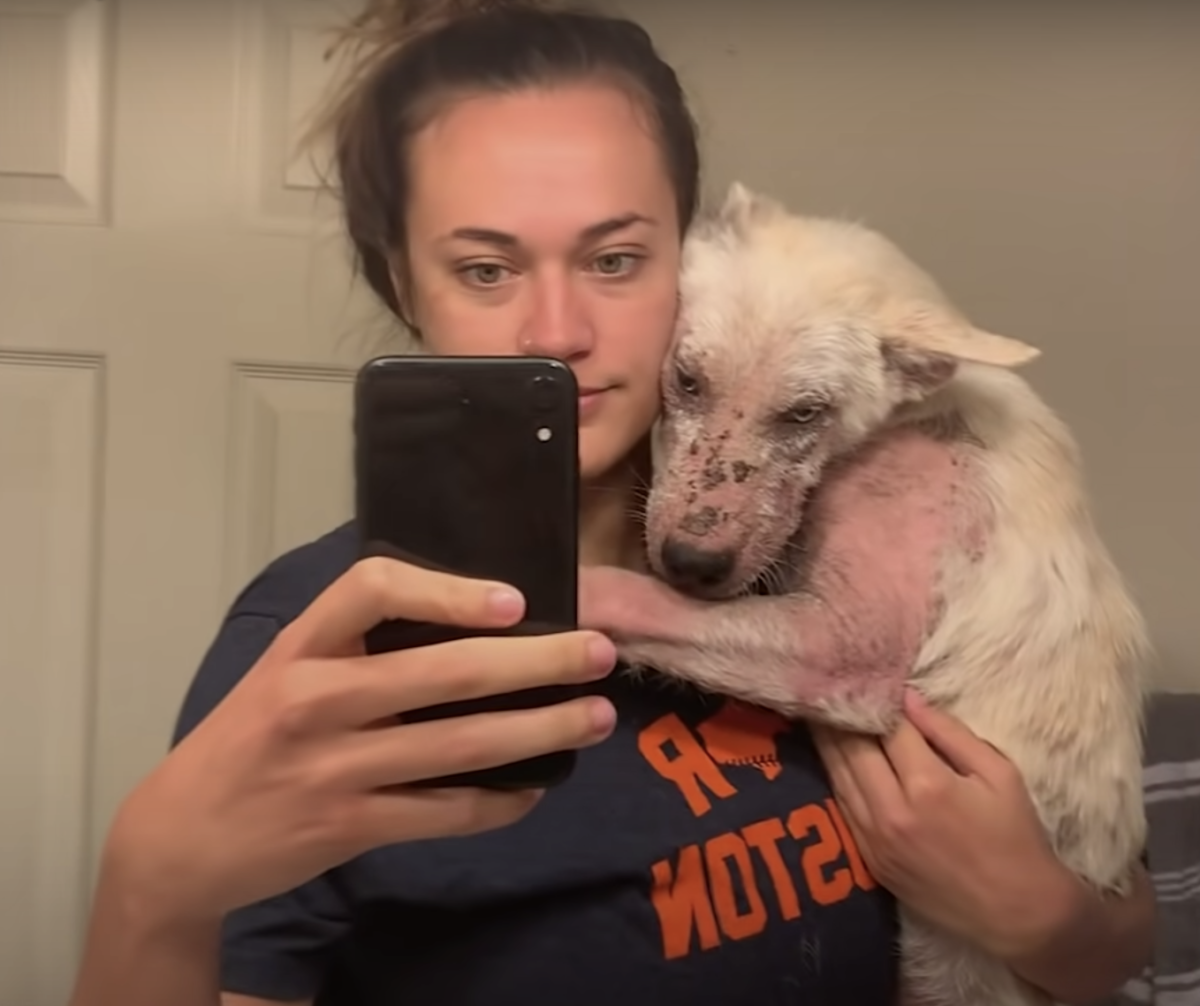 Once Yukon had the energy to go outside and explore, Caitie introduced him to her other dogs. 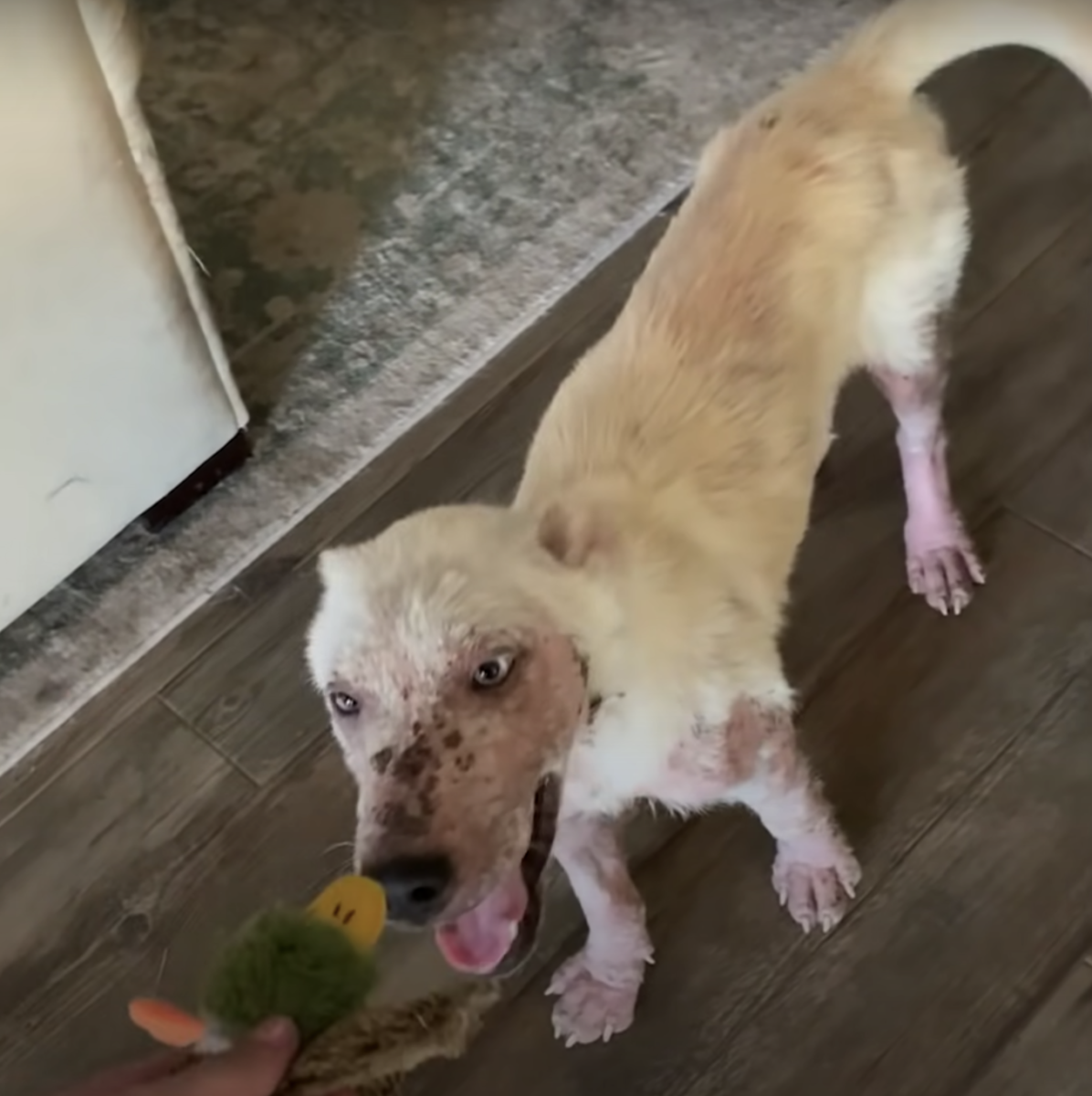 She wasn’t so sure how he’d behave since he had been on his own for so long but he loved every minute of it. And his new doggy friends were so gentle with him. 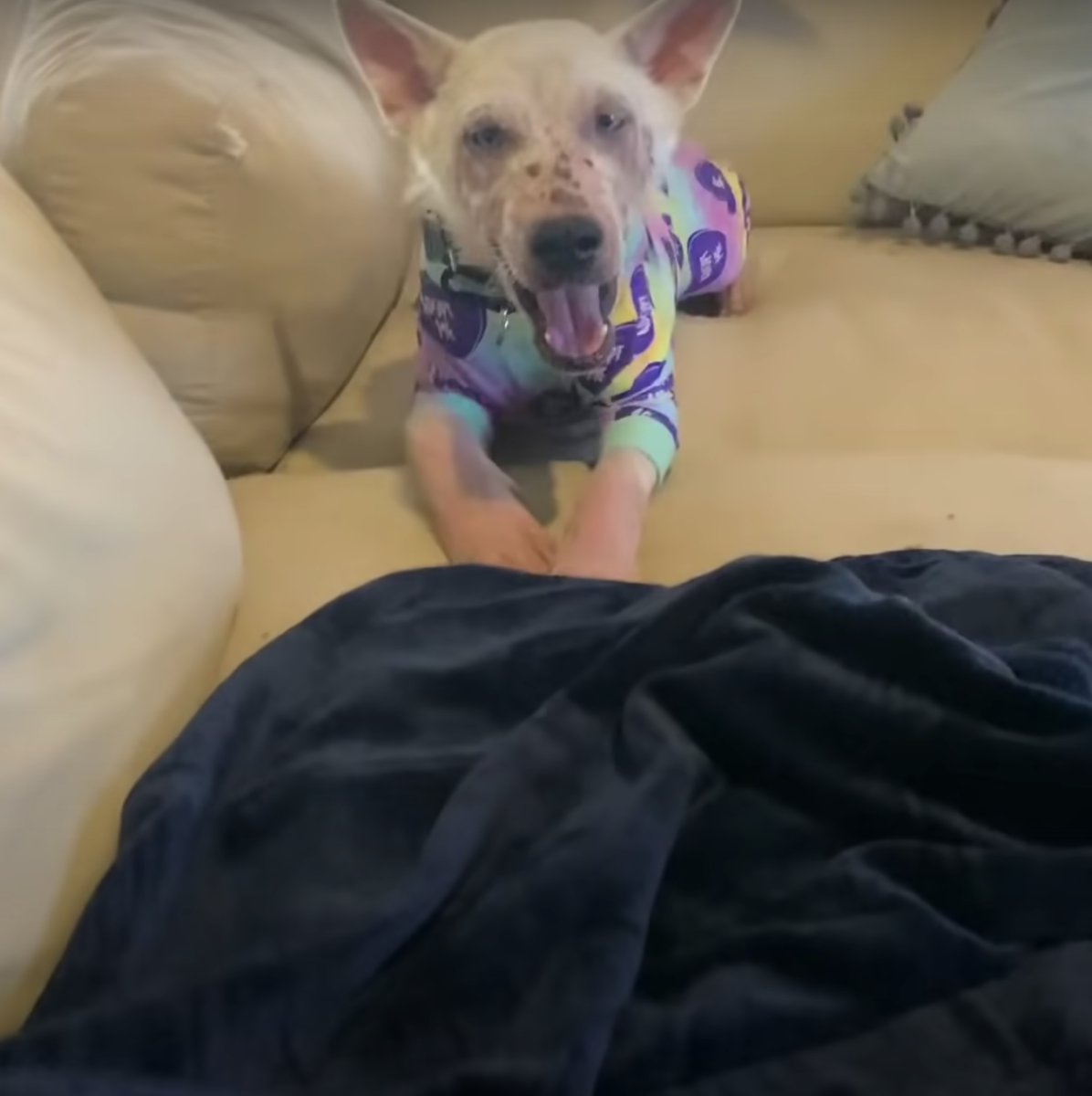 It’s as if they understood that he had been through so much and could really use a pack that has his back!

With treatment and patience, Yukon’s mange began to heal. His fur began to grow in as well. Yukon was looking like a healthy boy! Through his transformation, he never forgot to thank Caitie with extra squishy snuggles.