When an Australian shepherd mix called Maggie stayed at the Barkers Pet Motel in Alberta, Canada because her owners were on vacation, the caring dog snuck out of her kennel to comfort two crying foster puppies. Sandra Aldred, the owner of the motel, discovered the adorable scene on the footage of the institution’s security camera and shared it online back in 2016.

It’s no secret that everybody loves incredibly cute dog stories, but this one blows every other type of story out of the water. ABC News reported on what happened.

To begin, let’s go to Alberta, Canada, where Maggie (an Australian shepherd mix) was dropped off by her parents at a local dog motel while they were on a trip. 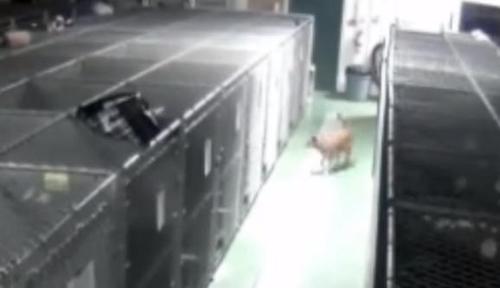 However, despite their best intentions, they would soon discover that Maggie had other plans for her stay at the motel.

Of course, Maggie wasn’t interested in causing any controversy. On her first night staying at the motel, she was able to sneak off during the night without anybody noticing! 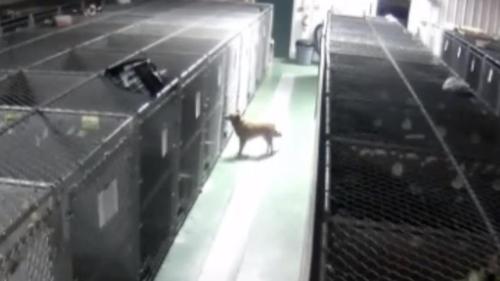 Why did she do this? Well, she had noticed that there were two puppies in the motel with her who were very frightened and needed comfort. Because Maggie had just given birth to her children, it’s very likely that she was catapulted into mother mode, causing her to feel inspired to help the puppies get the maternal care they deserved. 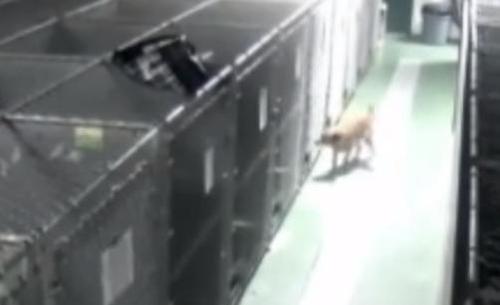 Sandra Aldred, the owner of the motel, checked on the security cameras at the motel. She was incredibly surprised to see that Maggie wasn’t there after all! This worry quickly subsided once she noticed that Maggie had gone over to the two puppies to comfort them. 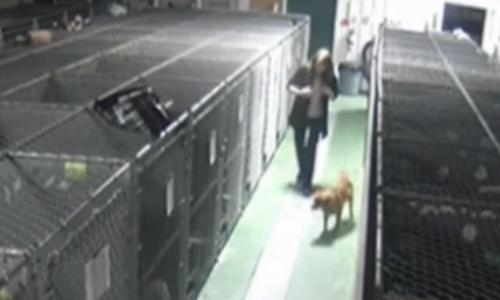 Those working at the Barkers Pet Motel were incredibly surprised to see Maggie acting in such a gracious way, even going so far as to say it was one of the most wholesome things they had ever seen while on the job!

Because of Maggie’s kindness, it’s clear that not only she was able to have a loving time while at the dog motel, but also bring her kindness to others in such a tangible way.