Emily Trost and her boyfriend were driving across the country on a 10-week road trip when they stopped at a gas station in Montana. They went inside to shop for a bit, and when they came out, they found a tiny puppy sitting next to their car, as if she’d been waiting for them.

“Our initial thought was that she was the pet of someone else using the gas station,” Trost told The Dodo. “My boyfriend and I went around to others at the gas station asking if she was theirs. We also waited with her to see if somebody came out of the gas station store to claim her. Nobody did, and as we were waiting, we realized how dirty she was with thorns, twigs and pricklies all caught in her long hair and our hearts broke for her.”

After a while, a woman driving by pulled over and told the couple that she feeds stray dogs in the area, and begged them to take the little puppy with them. She said the puppy was a wonderful dog and deserved a good home, so the couple decided they would at least take her with them and maybe try to find a rescue to take her in — but after petting the puppy and looking at her sweet, hopeful face, they both secretly knew that wasn’t going to happen. 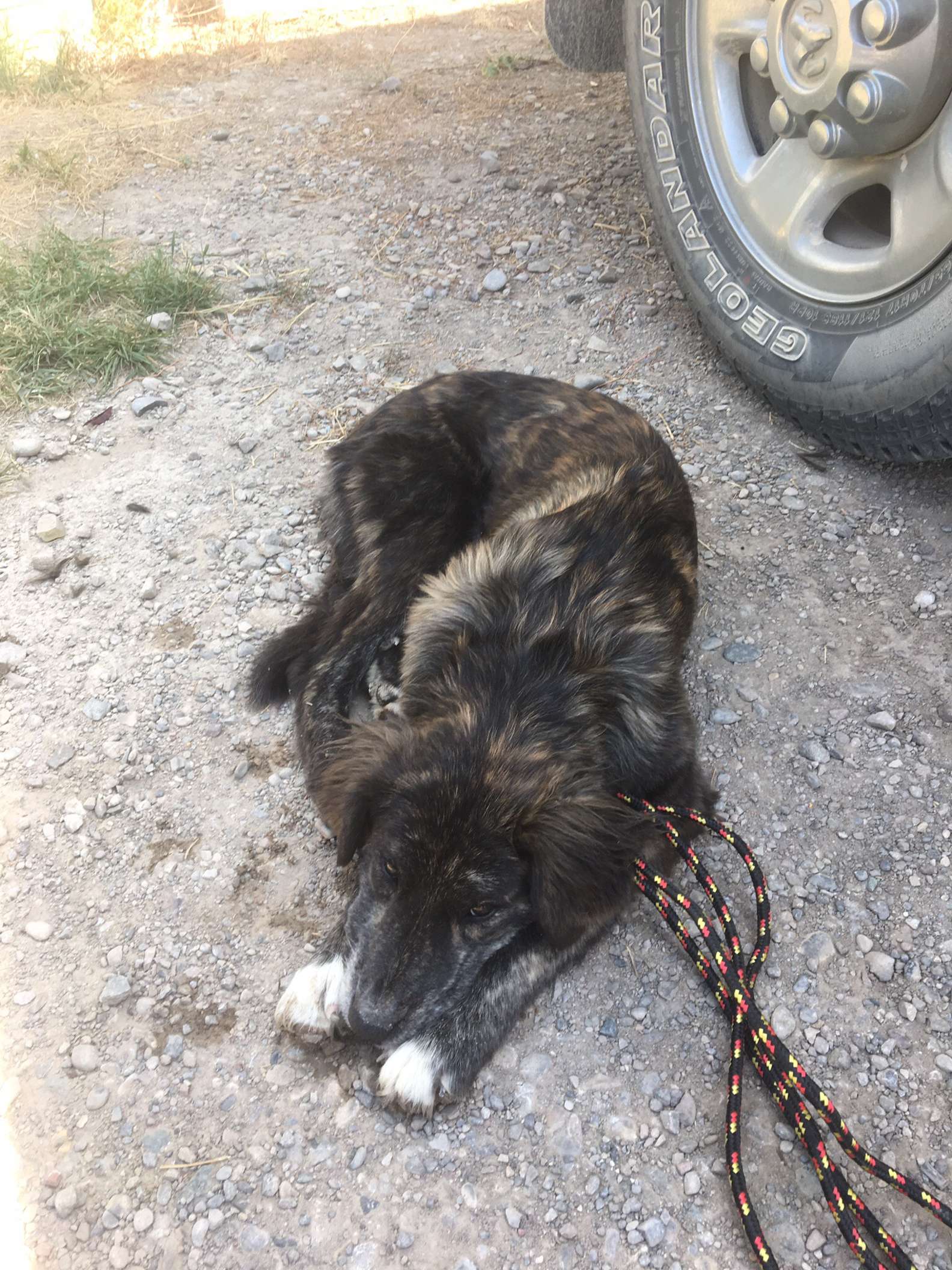 “Within minutes of driving away with her in the car, we knew she was coming home with us,” Trost said.

They decided to name the puppy Montana after the state they had found her in. When Montana sat down next to the couple’s car that day, she was probably hopeful that the owners of the car would love and feed her for a little bit — but she had no idea just how lucky she was going to get. 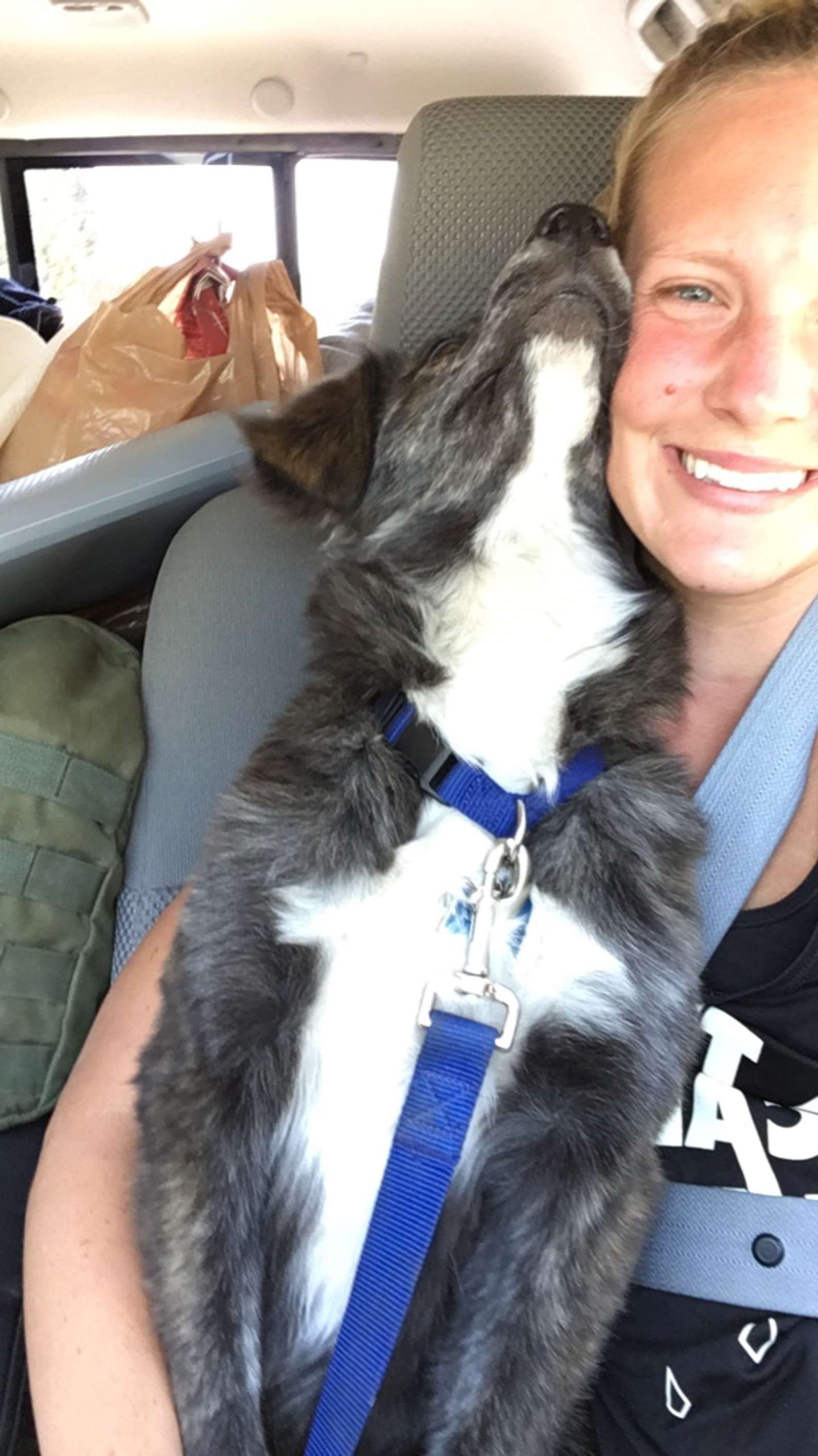 “The morning after we got her was the best,” Trost said. “She woke up in our tent and started crawling up to our heads, whimpering and giving us kisses. We could tell she was truly surprised that we were still there with her and that no human had probably ever stayed with her for that long.” 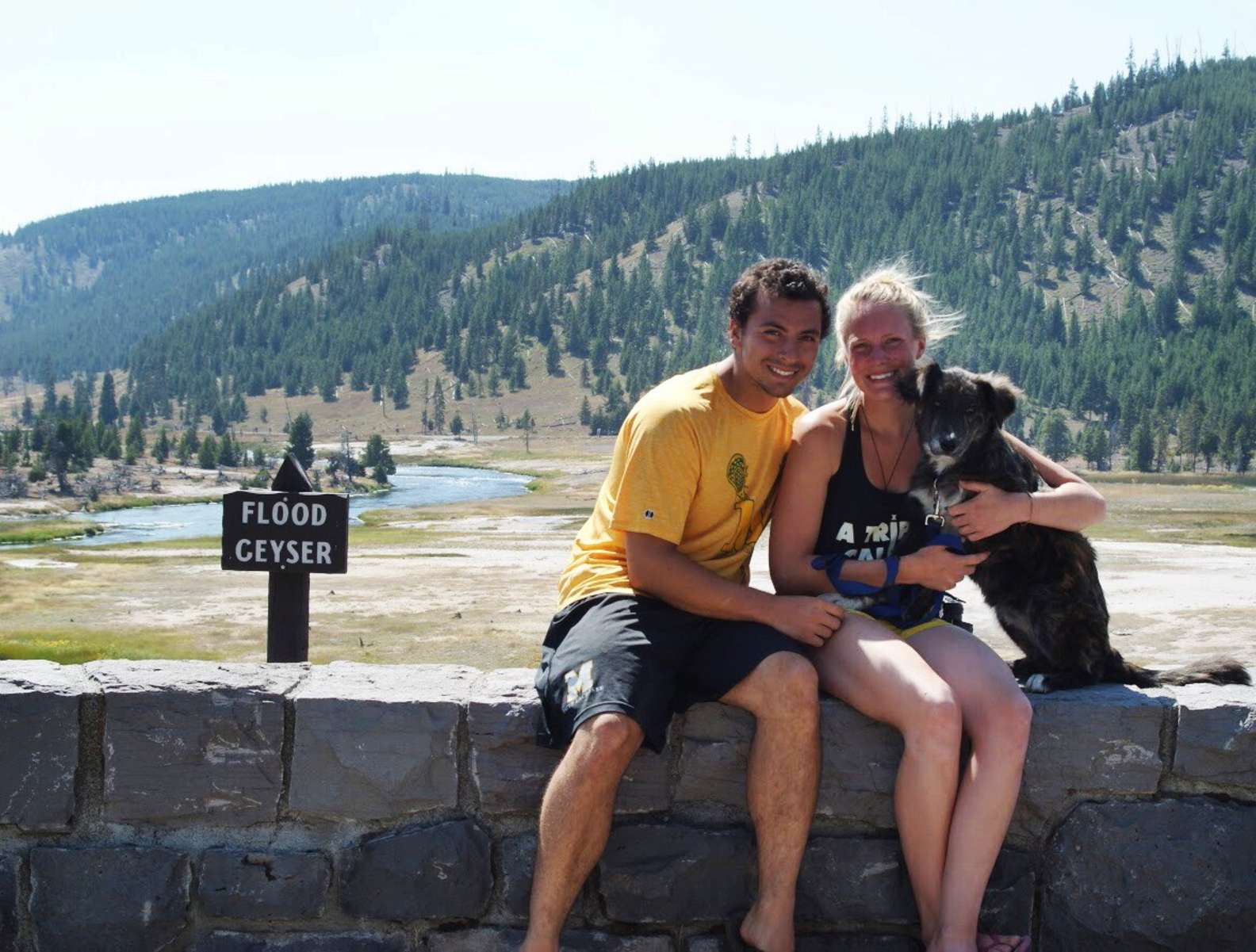 For the first few days, little 7-month-old Montana slept a ton, happy to finally have a warm place to rest with two people who loved her. After the initial shock wore off, though, Montana’s true personality began to shine through, and she became the happiest, goofiest, most energetic puppy her parents had ever met. She loved every single minute of road tripping with her new family, and made sure to be on her best behavior, to show her parents how grateful she was that they chose her.

“She loved the rest of the trip, always excited to hike and swim with us,” Trost said. “She was great in the car and would just lay down and sleep. She even loved sleeping in the tent every night and learned very quickly that wherever our tent was set up was home.”

When it was finally time to end their trip, Trost and her boyfriend drove home with their new family member, excited to introduce her to the rest of their dogs. Montana is now thriving in her new home, and loves her siblings, her toys and all the love she’s getting now that she never got before. She can be a little stubborn sometimes, and throws tantrums whenever she doesn’t get what she wants, but she’s learning more and more every day.

Montana now has the best new life, and it’s all because she chose the right car to sit down next to.