Loulou the Dachshund along with her six puppies from The Netherlands is melting hearts all over the world.

There’s a brand new celebrity birth and it’s now what you think. This celebrity is not a movie or TV star. In fact, the celebrity — simply known as LouLou — has given birth to six pups and now the internet is swooning over the newborn litter.

Loulou the dachshund gave birth recently to a litter of healthy pups. So far, the response has been overwhelming with thousands of views coming in from many of Loulous’s social media accounts.

Loulou currently has over 365,000 followers on Instagram, making her one of the most popular dogs on the social media site. 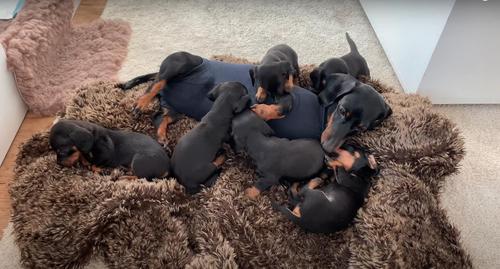 Many of the photos of LouLou features the popular dachshund playing in the house and having adventures in the yard. Now, the latest postings feature the mom’s newborn litter. 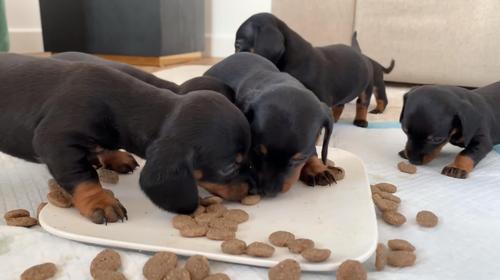 One of the biggest trends on Instagram is the growth of dog accounts. In fact, these dogs have become bigger stars than many humans on the site!

Doggie Instagram stars like Loulou can also generate some big business with their massive following. In fact, many of these doggy stars can make hundreds or even thousands of dollars by selling ads on their Instagram feeds.

Like all new moms, Loulou will have her hands full. However, the owners of the dog have made arrangements to ensure that the litter will have the space and the resources to have a happy and healthy home.

The hundreds of thousands of followers will be able to keep up with the antics of the Loulou and her new kids on the Dachshund’s Instagram accounts.