The one undeniable thing we know as dog owners is that they love with their whole heart.For two sweet Pit Bulls, that suddenly found themselves in need of a home, their love for one another is what got them through. However, their bond would also be their greatest challenge.

Tonka and Little P took a trip with their dad, Kristofer Busching, to Colorado once the coronavirus hit New York. They went for a hike deep in the mountains and set up camp. Tragically, as they climbed higher, Dad lost his footing and fell, taking the dogs with him accidentally. Kristofer died on impact and the two dogs were injured. 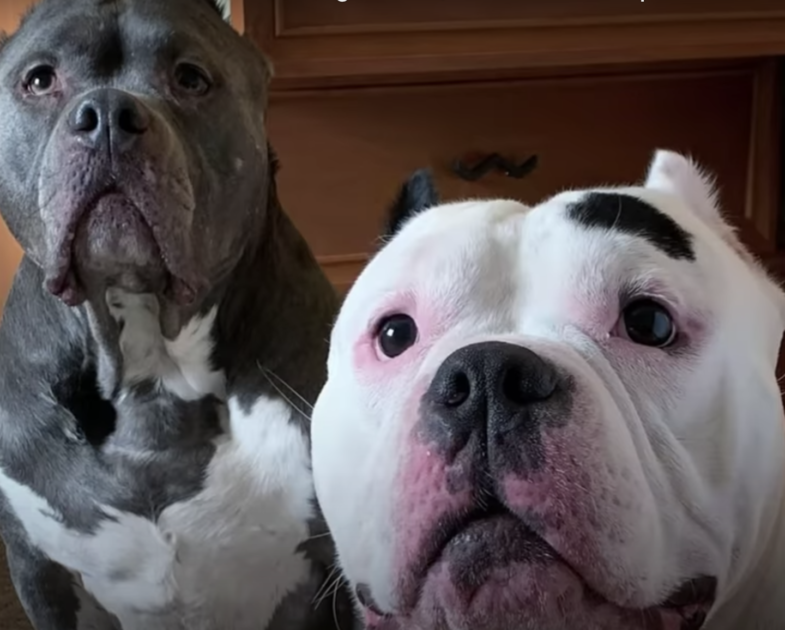 Their loyalty never wavered and the two dogs refused to leave Dad’s side. It was quite the rescue effort. Rescuers had to pry the dogs away and take them to an animal shelter. Tonka had a badly broken leg, Little P had mostly superficial injuries. 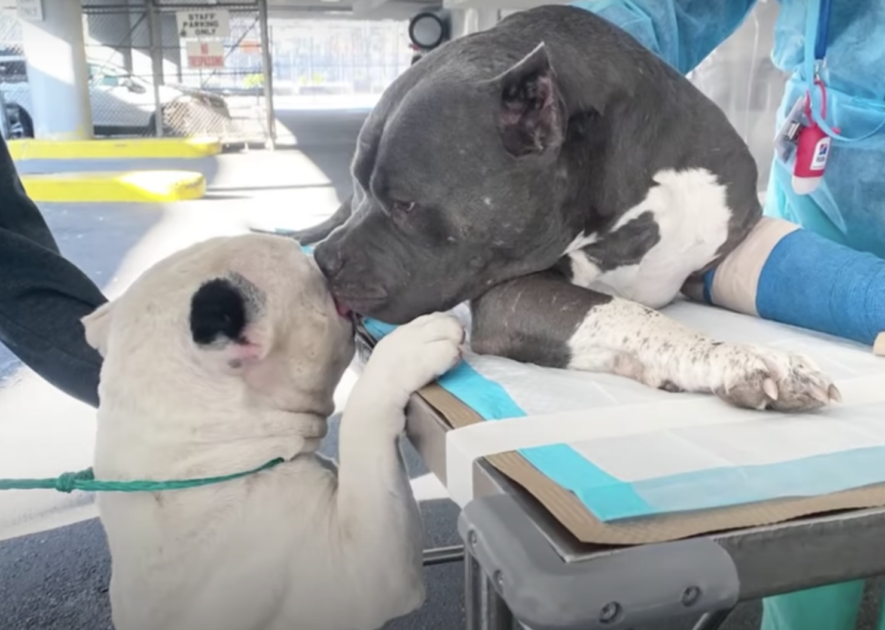 The two dogs were so scared. They had no idea what was going on. Through it all, though, they were glued to one another. It was in each other that they were able to find some comfort. The vet stabilized Tonka’s leg then loaded the Pit Bulls into the car and drove them back home to Long Island. 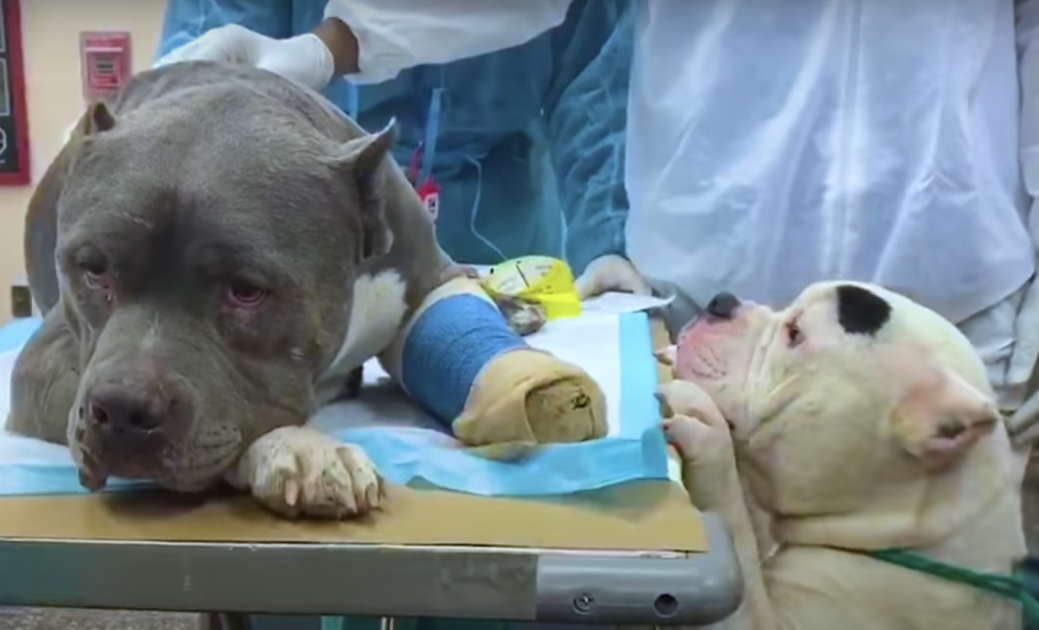 The toughest part came next. Tonka’s injury needed a good 12 weeks of stable care but Little P is a playful little jumping bean. Having them together was too risky so the vet insisted they be separated for Tonka to heal properly. 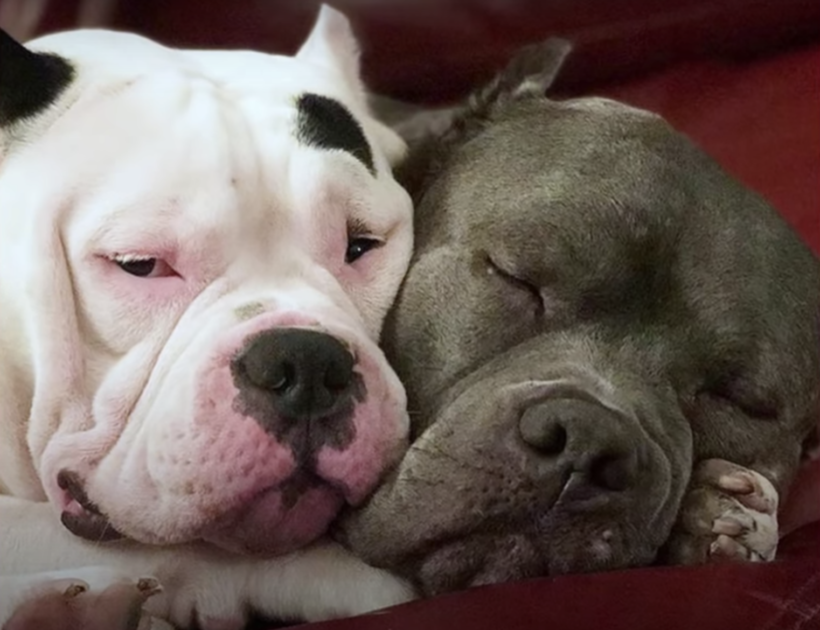 Dad’s cousin is fostering Little P while Tonka heals with a medical foster. Little P is doing well but it’s Tonka they’re most worried about. Tonka is ten years old and his dad had him since he was a small puppy. Will he ever be ok and get over his trauma? Everyone understands that these separate foster homes are temporary.

These two dogs need to be reunited as quickly as possible. Losing their dad was hard enough. They can’t lose each other too!