A deer and a golden retriever have struck up an 11-year friendship. They’re so close that the deer even brings her babies to meet the dog every spring!

It all started back when the deer, Buttons, was just a few days old. Unfortunately, her mother was hit by a car and kil led.

Without a mother to protect and care for her, Buttons wouldn’t have survived, so the Brown family stepped in to care for her.The Brown family already had a few pets of their own, including a friendly golden retriever named G-Bro.Since being raised together, the two have struck up an unbreakable bond. 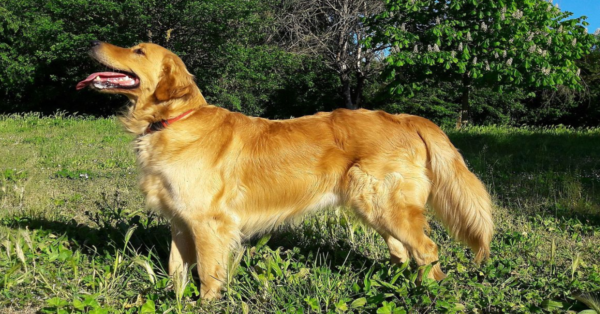 While Buttons is now free to wander off as she pleases, she prefers to stay close to the Brown family and her BFF G-Bro.

Buttons has babies nearly every spring, and sometimes she brings them to the house for everyone to meet. However, she’s most interested in G-Bro seeing them.

The gentle dog acts like a second mother to the fawns, and gently licks them clean and plays with them. It’s so sweet!

Buttons’ babies eventually grow up and leave, but she sticks around for G-Bro. One of their favorite activities to do together is explore the woods and go on hiking trails. G-Bro also loves to just sit and let Buttons clean him.

While it’s definitely an unusual situation they have, the Brown family is just enjoying and treasuring every moment.