AMA Animal Rescue received a call regarding two dogs who were found roaming the streets in awful condition. When rescuers received pictures of the dogs, they couldn’t help but cry. Both of the dogs had so much matted hair that you couldn’t even see their faces, long painful nails, and were covered in fleas. The poor pups hadn’t had much social interaction in their lives, so they were very timid.

AMA knew they had to help. A life outside in as bad a shape as they were is no life for a dog. Rescuers went to get them and immediately took them to their medical facility to be examined. Instead of being energetic, happy pups like they deserve to be, the two of them were guarded and on contact alert, since they were so used to having to protect themselves outside.

The rescue decided to name them Bread and Butter, and they were originally going to have them adopted out together, but soon learned that these two dogs were not as bonded as they once thought. They both also had behavior issues that required an experienced owner, so the rescue was very particular when going through adoption applications. 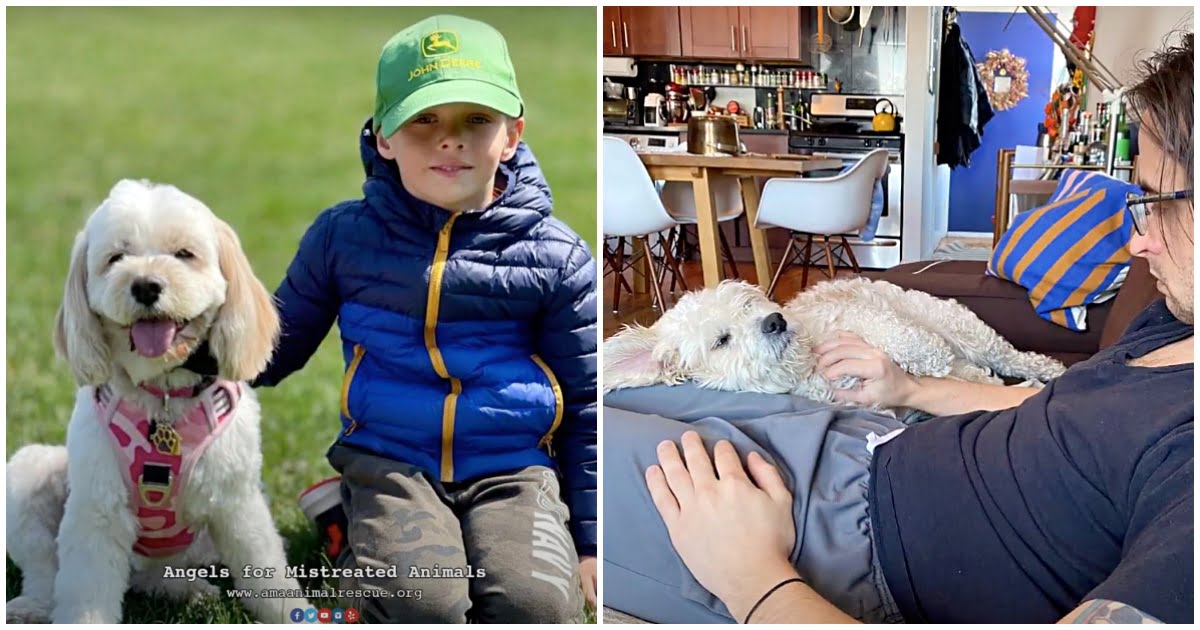 First, it was Bread’s turn. The family who applied to adopt him were very prepared and had already consulted with a trainer who they would have on stand-by whenever they needed help with Bread. Bread met his new family, and it was love at first sight.

Soon after, it was Butter’s time to shine. Butter’s new family drove two hours two different times to meet her and spend time with her. It was truly a perfect match, and Butter immediately bonded with her new forever family.
freestar

Both of these dogs have come a long way from their neglected days outside and now have loving homes where they will finally get to live the life they deserve.