It is always so sad to see a dog get abandoned. Sadly, it happens more often than we like to think.

One dog in Bakersfield, California, had been known to chase after pickup trucks along the road, thinking that they were his owner coming back for him.

It’s heartbreaking to think about since this little pooch had been dumped off at a truck stop, and he was unable to understand why his owners would leave him to such a fate.

The pup, later named Weston, was discovered by a guest at the motel across the road. The person felt bad for the abandoned pup, so they called A Safefurr Place rescue to come and get the lost dog.

That is when Danny got the call for help and went out to answer it. 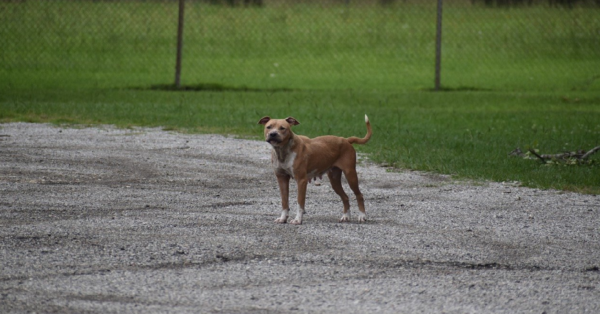 When Danny arrived on the scene, he was informed that Weston had been living at the truck stop for about three months. The rescuer was told that Weston was friendly, and certainly loved to be fed, but he was still quite slippery to catch.

Even animal control had been unsuccessful in capturing the pooch. But Danny remained undeterred – even when his first few attempts at catching Weston were also unsuccessful. 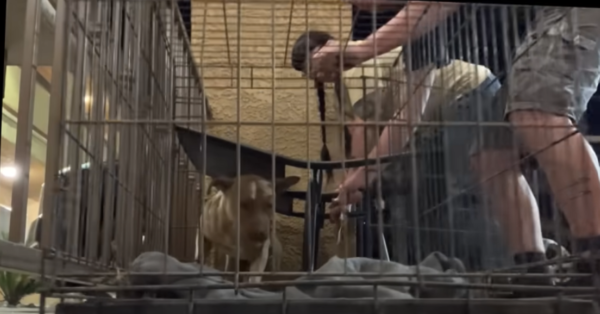 Danny had managed to get a leash onto Weston, but the skittish dog managed to wriggle himself out of it and took off. Danny couldn’t find him anywhere. Still, he continued his search well into the night until he spotted him again.

This time, Weston didn’t want to come close to him again, afraid of being captured. It was understandable, so Danny remained resolved to find a way to rescue Weston from a life on the streets.

With a little help from one of the motel guests, Danny was finally able to get Weston off the streets and into care. Now all the sweet pooch needs is a forever home to call his own.