Dogs learn a lot about how to behave from observing. They watch other dogs and they watch their humans, absorbing their behaviors. As it turns out, dogs can also learn a lot from watching cats.

Take Mako the dog for example. He grew up with two cat siblings: Pecan and Gizmo. According to his human family members Bethany and Samantha Castiller, Mako started reaching new heights after his cat siblings enlightened him. They told The Dodo:

“The cats get up on the cabinets. Once he saw them doing that, immediately he was up there anytime they’re there.”

Puppy see, puppy do! Mako observed his cat siblings climbing on whatever they felt like climbing on. Naturally, he figured this is a thing he should be doing too. 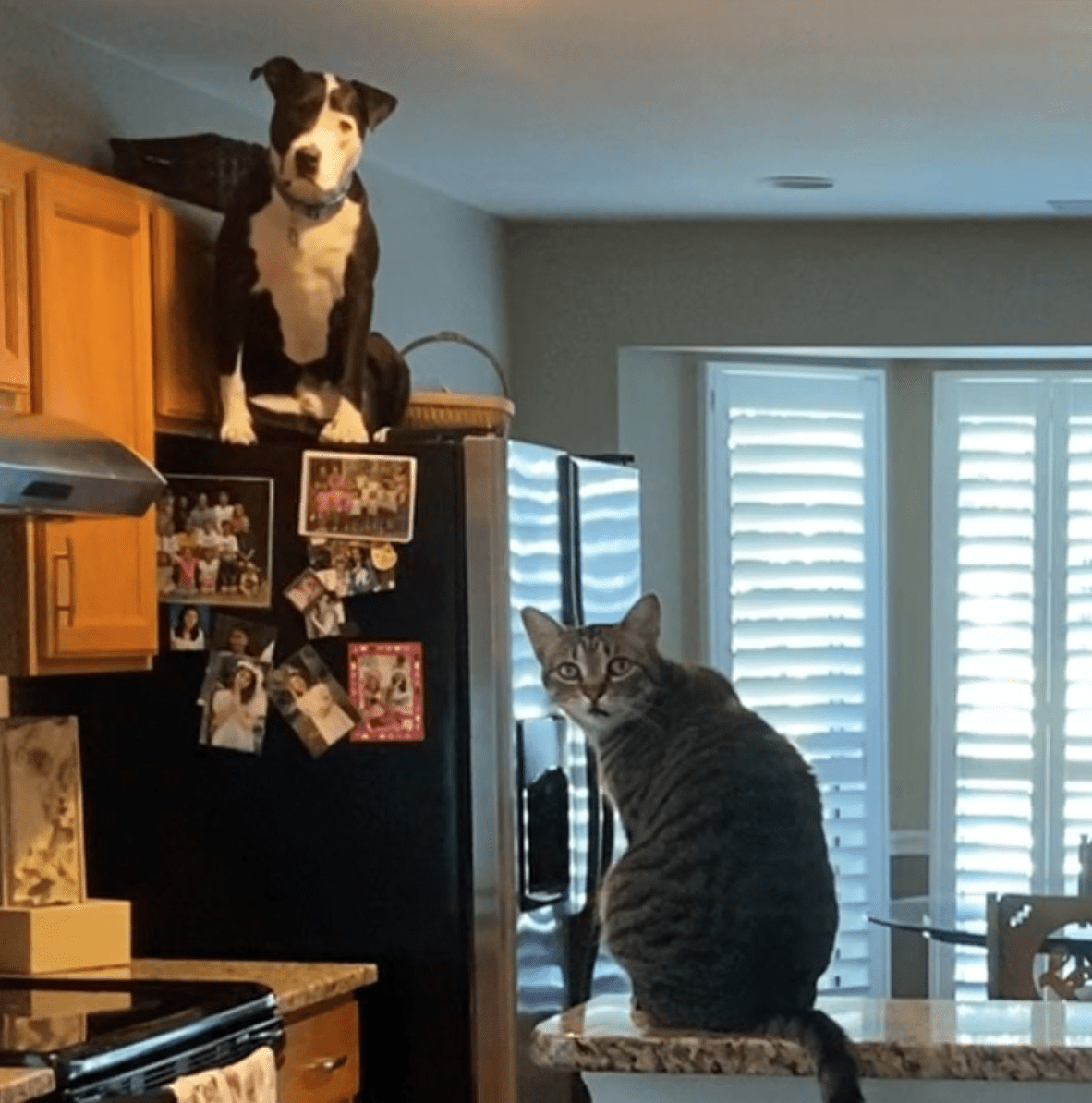 He learned to take leaps other doggies might never dare attempt. Like, for instance, up to the top of the refrigerator.

“When I actually saw him jump onto the fridge I didn’t realize in my mind that dogs can just gracefully jump like that.”

Despite some commenters claims that they just put their dog up on the fridge for “likes,” additional footage on TikTok shows Mako’s process. He jumps from the floor to the counter and then up to the fridge. He also commonly jumps on top of tables and countertops. His family delights in seeing him standing in weird places. They’re just not sure why he’s so keen on doing that.

“We got him from a rescue shelter. They told us he was good with cats, but they didn’t say anything about him acting like a cat!” This confused sweetie really does act like a cat though. Mako thoroughly enjoys eating kitty treats. He also loves cat string toys, so his humans got him a large dog-sized version of his own. 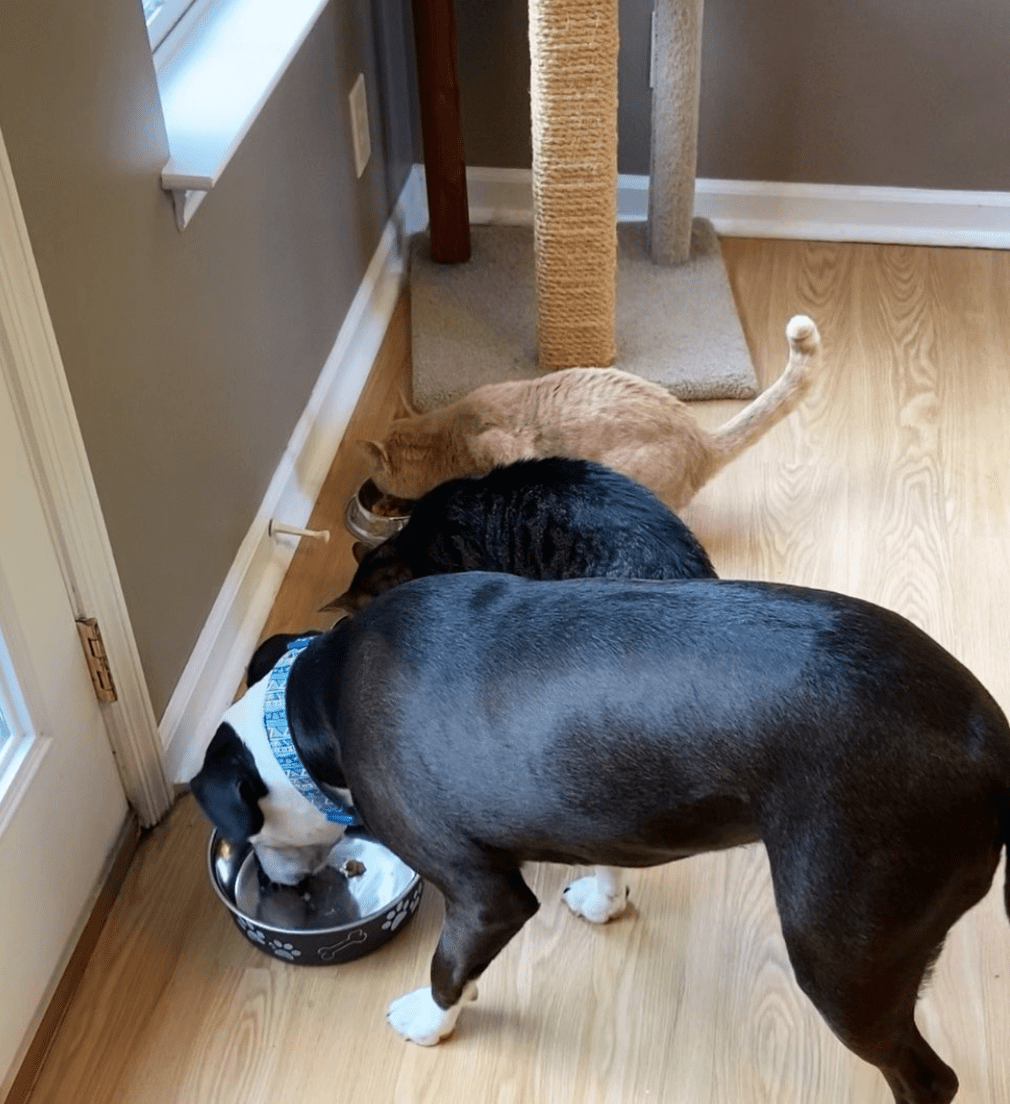 Bethany even joked that he prefers to hang out with the cats more often than he does with them.
“He definitely wants to be around [the cats] more than us sometimes.”