When March the homeless Pit Bull was first pulled from the streets, he was a mellow and happy-go-lucky fellow.

The staff at Philadelphia city shelter was confident that this handsome and well-behaved boy would find his forever home soon. But the shelter stay soon turned into a traumatizing nightmare for March.

March was not used to living in confined kennels surrounded by other scared animals waiting to be adopted. This took a mental toll on him and his spark began dwindling away. However, the biggest blow for him was getting rejected by a family that had promised to adopt him, just because he wasn’t as “playful” as they expected him to be.

March was destroyed when he learned that the family that picked him had eventually cancelled the adoption and returned him to the shelter. 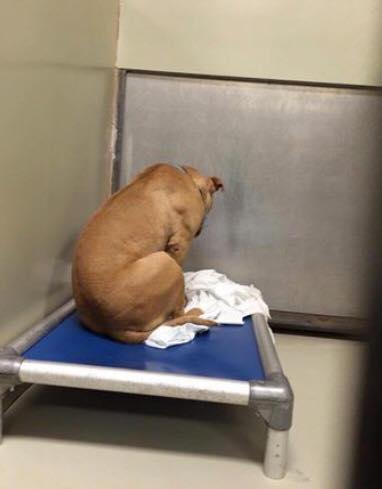 After finding himself back in his cold kennel, March looked visibly defeated and depressed. He stared miserably at the wall as he slouched to one corner and refused to interact with anyone. 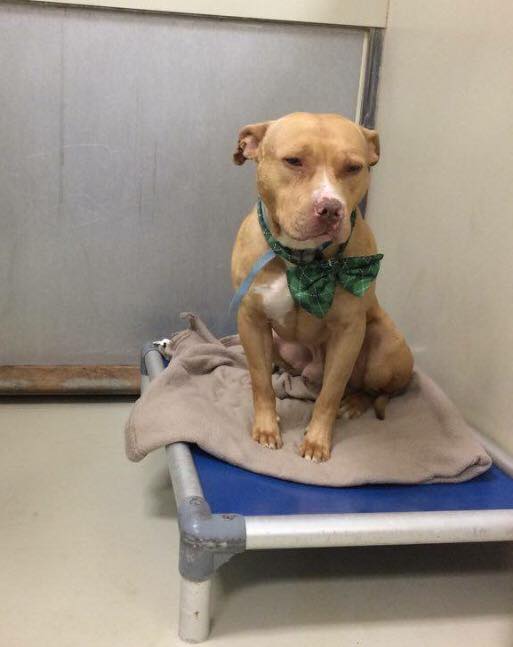 When a local news reporter named Dawn Timmeney heard about March, she decided to share his heartbreaking story on social media. 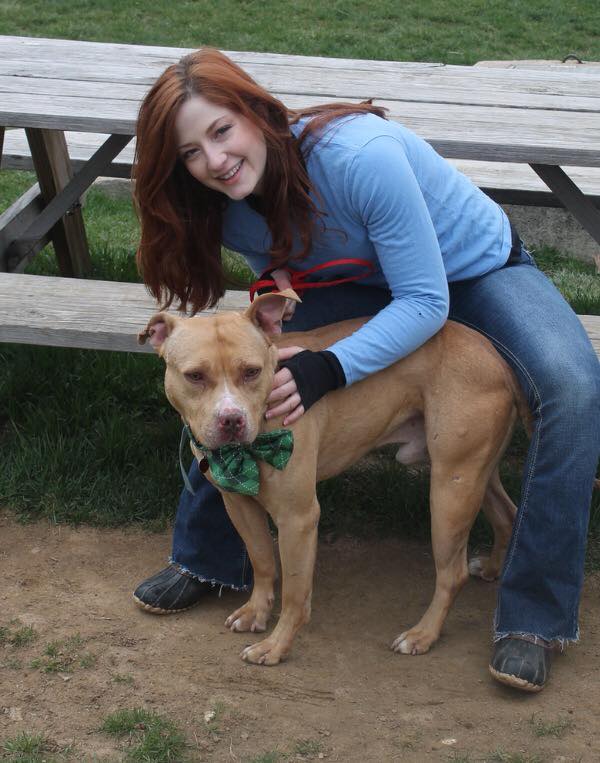 The haunting pictures of March’s downcast kennel stance garnered immense attention in the community – and that changed the life of this gloomy boy forever! 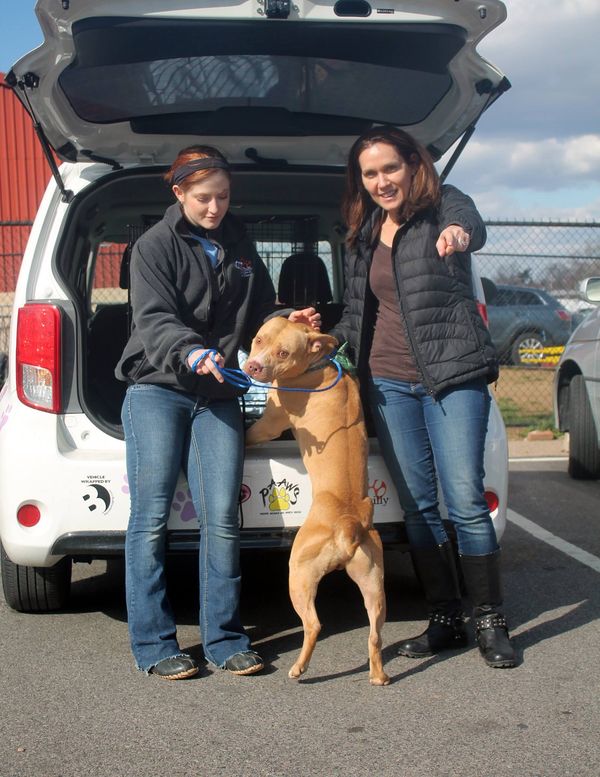 Within 3 days of Dawn’s social media endeavor, a rescue came forward to take in March before his kill list turn was due. It was a rare moment of triumph as March made his freedom run out of the shelter!

The new rescue is a no-kill organization that will take good care of March till he finds his forever family. While March’s story culminates on an optimistic note, there are millions of shelter dogs who get put down because they’re unable to adapt or find homes in time. Let’s do our part and become the voice for these unfortunate souls. Spread the word.