A garage owner from Huddersfield was browsing through his security footage when the sight of an injured and emaciated dog caught his attention.

The dog clearly had a broken leg which she was dragging around, while her other three legs were tightly bound by black football socks.

The man quickly informed the local RSPCA about the distressed limping dog.

When the officers found the dog, they realized that her condition was far worse than they had expected. She had apparently been starved for weeks as all her bones had started protruding. The people who handled her previously had tied the socks to conceal the sores that had erupted into her skin from neglect.

The dog, now named Susie, had to be sedated to get the painful socks off her limbs. 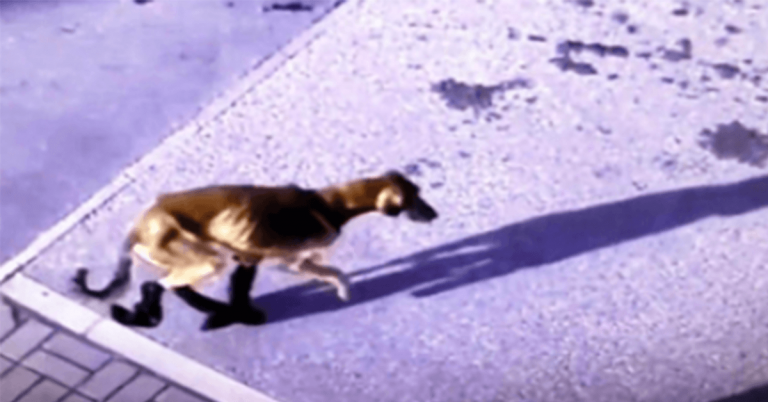 But later, she turned into the sweetest darling when the vets at Greater Manchester Animal Hospital in Salford tended to her wounds. Unfortunately, Susie’s broken leg has started healing in the wrong position, and will require amputation. 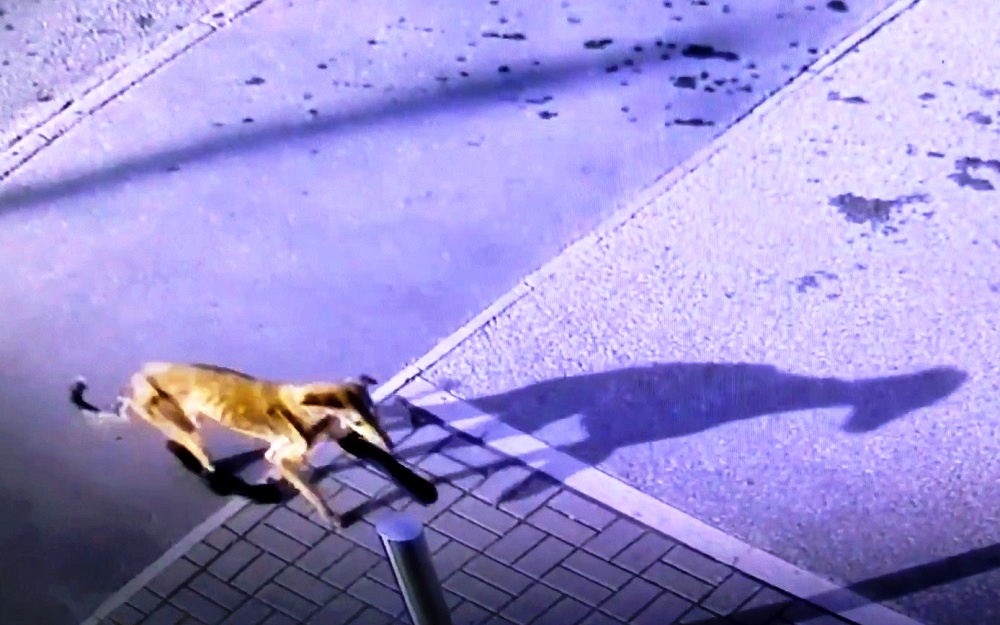 Susie was without a microchip, and there is no information about her previous owners yet. For now, her caretakers her focusing on her emaciated state and are hoping that she gains weight in the coming weeks. 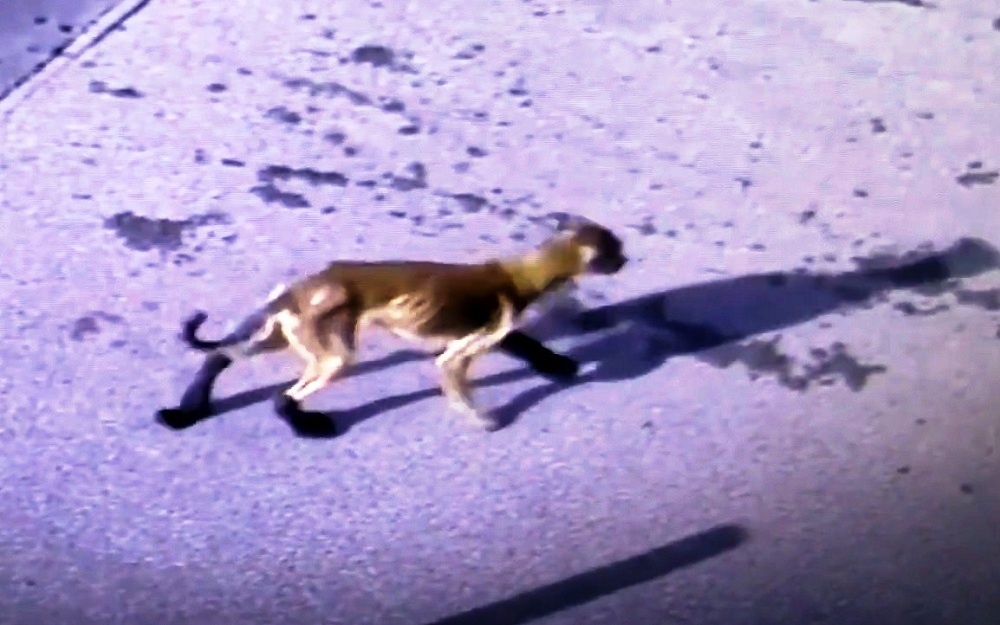 Due to contagious sarcoptic mange and ringworm, she has been put in isolation till the time she recovers.

She is not out of the woods yet, but the vets are positive that she’ll get better. Let’s send our prayers out to sweet Susie.