After this adorable golden retriever called Watson is lectured by his owner for stealing his sibling’s chewy treat, he shows his remorse with the sweetest apology ever. Luckily this adorable scene was recorded on camera.

The video begins with a dog mom scolding her golden retriever Watson. She says “Do you understand when I’m talking to?”

Watson opens his mouth and makes a puffing noise as if to say that he understands her. This is already fairly impressive, but as you’re about to say, the video only escalates from here.

“You do?” she asks. He makes another puffing sound. Watson accompanies his gestures with a classic “innocent puppy dog” face as if he has no idea what she’s talking about. 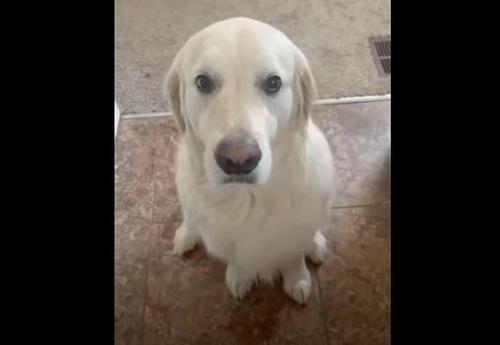 It’s hard to imagine disciplining a dog with such a sweet face—but after all, just because he looks sweet and innocent doesn’t mean he can’t get up to a little mischief.

“So,” the dog mom says as if gearing up for a big lecture. “I gave you a chewy, I gave Tico a chewy. You ate Tico’s chewy!” The camera pans to another golden retriever that’s standing off to the side. If he’s like most siblings, he’s probably enjoying watching his sibling get in trouble! 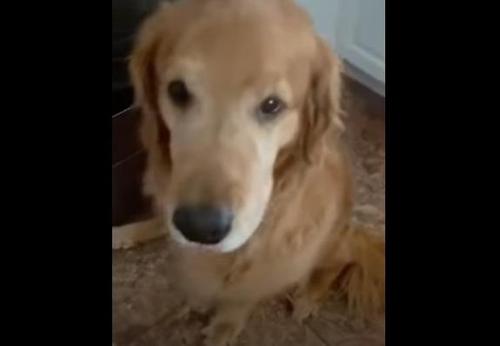 Throughout it all, Watson looks at the camera with a wide-eyed innocent expression. “So what do we say?” she says. He blinks. “When we steal someone else’s chewy?” Watson innocently cocks his head. You can just imagine a small child trying to look innocent while they’re being lectured as if they would never do such a thing! 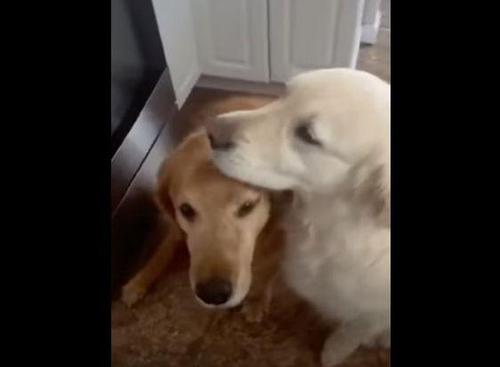 Is Watson going to continue to play innocent, or will he finally admit that he stole Tico’s chewy? It seems that Watson has a heart of gold after all. He walks over to Tico and rubs his head against his sibling’s, then puts his paws around his neck and envelops him in a heart-melting hug. Watson looks mournfully up at the camera as if to say that he really is sorry about stealing Tico’s chewy. 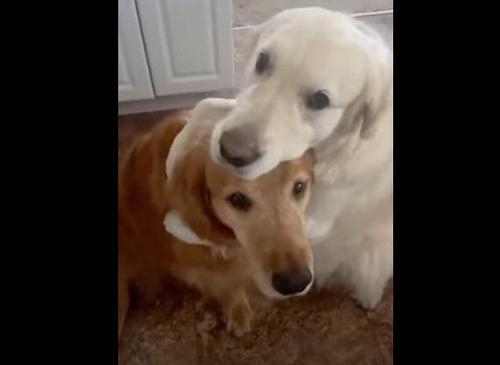 Watson holds the hug for a few seconds. The video ends with his mom saying “You’re a good boy.” Watson might get into trouble once in a while like all golden retrievers do, but it’s clear that he’s willing to own up to it and make things right. What an intelligent, loving animal! This is proof that dogs really are the greatest pets in the world. 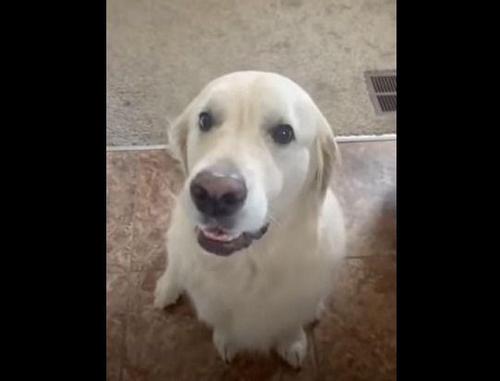 Golden retrievers have been popular with families for decades, due to their intelligence and a keen sense of humor. They can be trained to perform a number of tricks. And once they’re attached to you, you’ve made a buddy for life. Your dog will follow you around the house, accompany your adventures, and want to go wherever you are. They’re smart, loving, loyal, brave, and wiser than most humans.

Having a dog is one of the most rewarding experiences you can have in your lifetime. And if you’re privileged enough to own a dog as smart and loving as Watson, then you’ve truly made a friend for a lifetime!