This heartwarming story is proof that you should never give up hope. While it starts off with a devastating loss, it has a happy ending.

It all started in 2012 when Stevie Rodger’s two dogs, Kavik and Konan, were let outside of his home in Scotland to go to the bathroom, but slipped out of the gate.

He searched the area and discovered they had wandered onto a farmer’s sheep field.

The farmer callously shot both the dogs, instantly killing Konan. Kavik was injured but took off running.

The family searched the area for months, posting signs and offering a reward, but to no avail. They even made a post on Dog Lost, listing his last seen location and two phone numbers to call with any information. 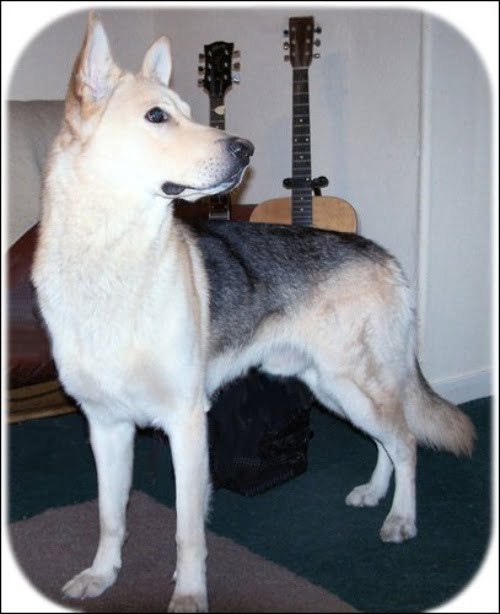 “Kavik is his daddy’s boy and may not come when called by another person. If you see him please call either of these numbers immediately with the location you have seen him in. He will be scared and may be in need of Veterinary attention. Thank you very much.”

They mourned the loss of both of their dogs, believing they would never see Kavik again.

But eight years later, they received a call about a possible sighting of their long lost dog in Birmingham, 300 miles away.

An emaciated German shepherd mix was brought in and fit the description of Kavik on Dog Lost, so the staff reached out to Stevie. 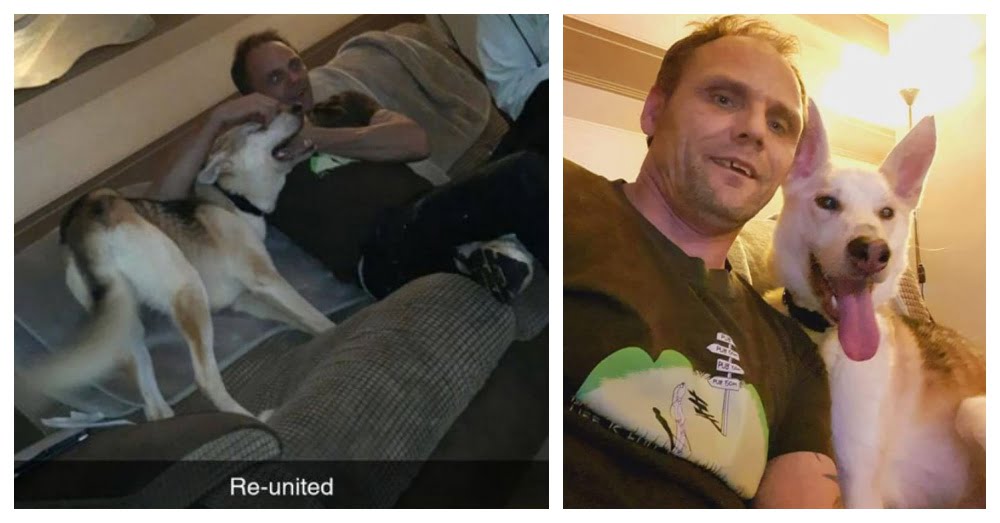 He couldn’t believe what he was hearing and the next day drove over four hours to be reunited with his beloved dog. All it took was one look at the skinny pup for him to know it was Kavik. The now 10-year-old dog instantly recognized his dad and the tears started to flow. 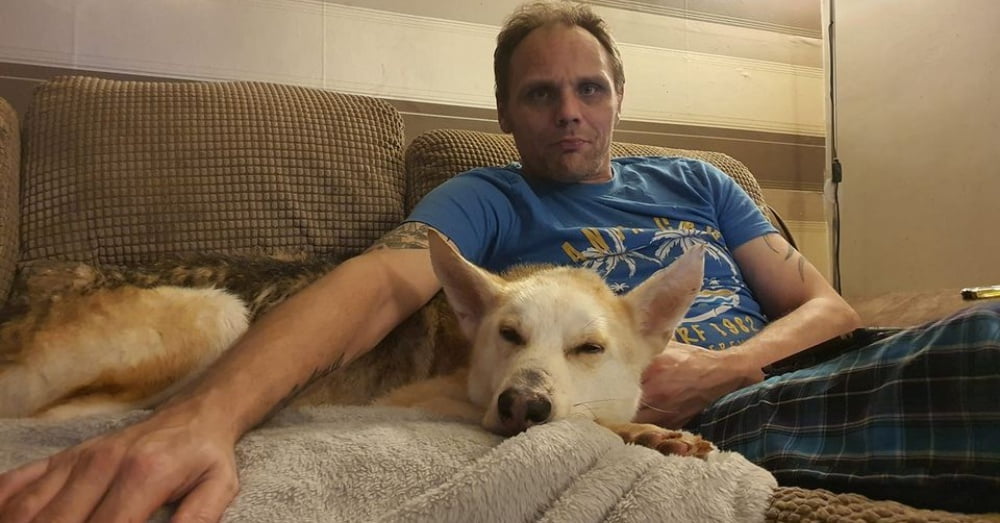 “He came running over to me and started licking me like he’d seen me just yesterday. It was a very emotional reunion. I can’t quite believe it’s been more than eight years that he’s been gone but he has settled back in fine,” Stevie told the Metro. 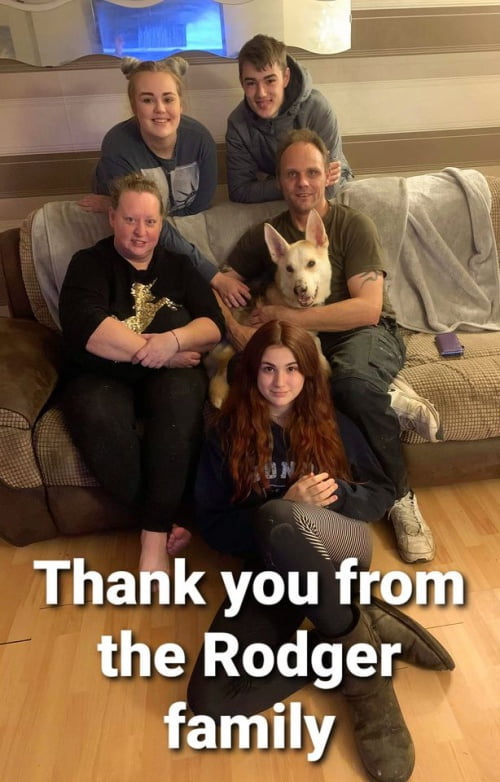 The two slept together on the couch the first night. Kavik was taken to the vet the following day for blood work and to be examined. Aside from being dehydrated and underweight, the vet found a growth on his back that will be removed. The focus right now is to feed him many small meals to help him gain weight. While his road to recovery will be long, the family said, “we’re up for it and doing it with happy hearts.”