For stray animals, finding food, water and shelter is always a challenge. They must navigate the busy world around them, all on their own. One dog had been trying to find food when he was hit by a car. Because he had no human to care for him, all he could do was suffer alone.

The injured dog found an old abandoned house. He lay in the same spot in the dirty old house for five days, crying out for help or for death to come swiftly. His pain was unimaginable. Finally, someone heard the dog crying and made some calls. A local rescuer arrived at the house and couldn’t believe how much the poor pup was struggling.

The local rescuer stepped up and decided he would take the dog into his care despite his grave condition. 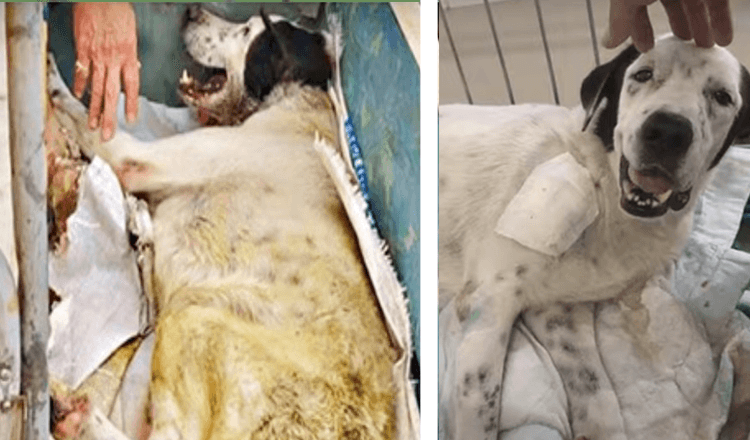 What amazed the rescuer was how much pain the dog was in and how long he had gone without food and water… yet when he was loaded into the vehicle, he looked up at the kind man and smiled. Despite so much pain and uncertainty, the dog understood that he now had a real fighting chance. 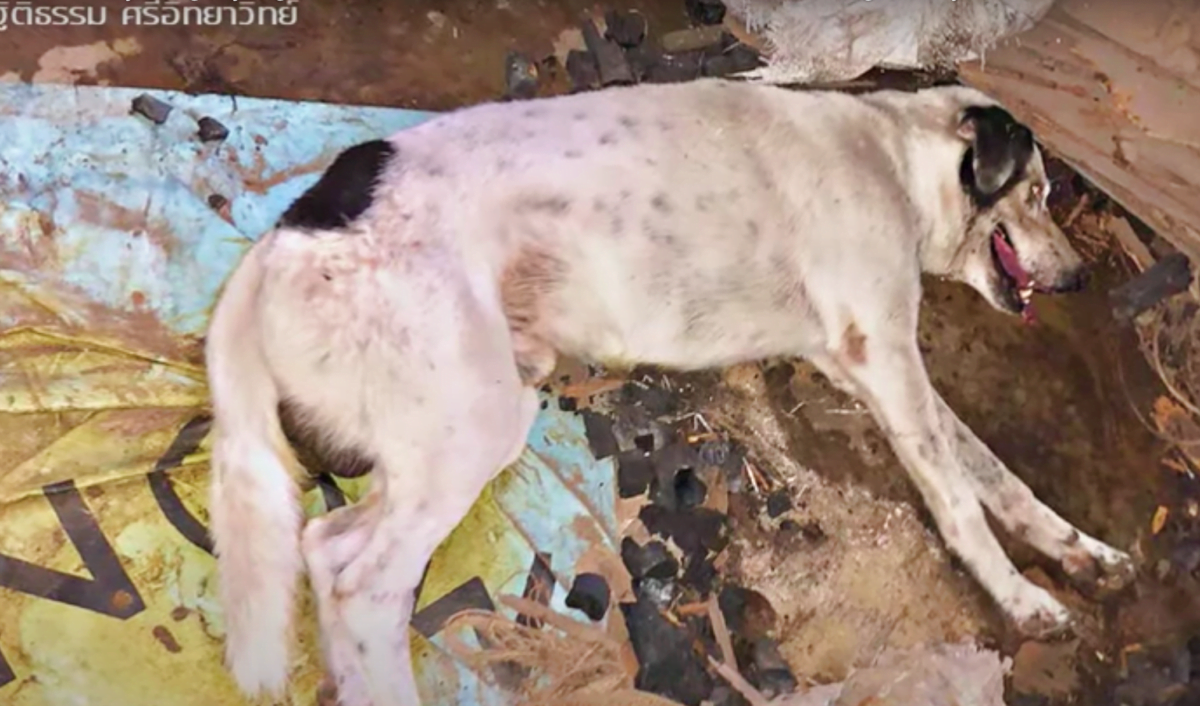 Once they arrived at the vet, the dog tested positive for blood parasites. Luckily, these could be addressed with medication. But the vet and staff were understandably overwhelmed by the dog’s inability to move. Tests revealed that the dog had significant nerve damage and it was unclear if he would ever walk again. 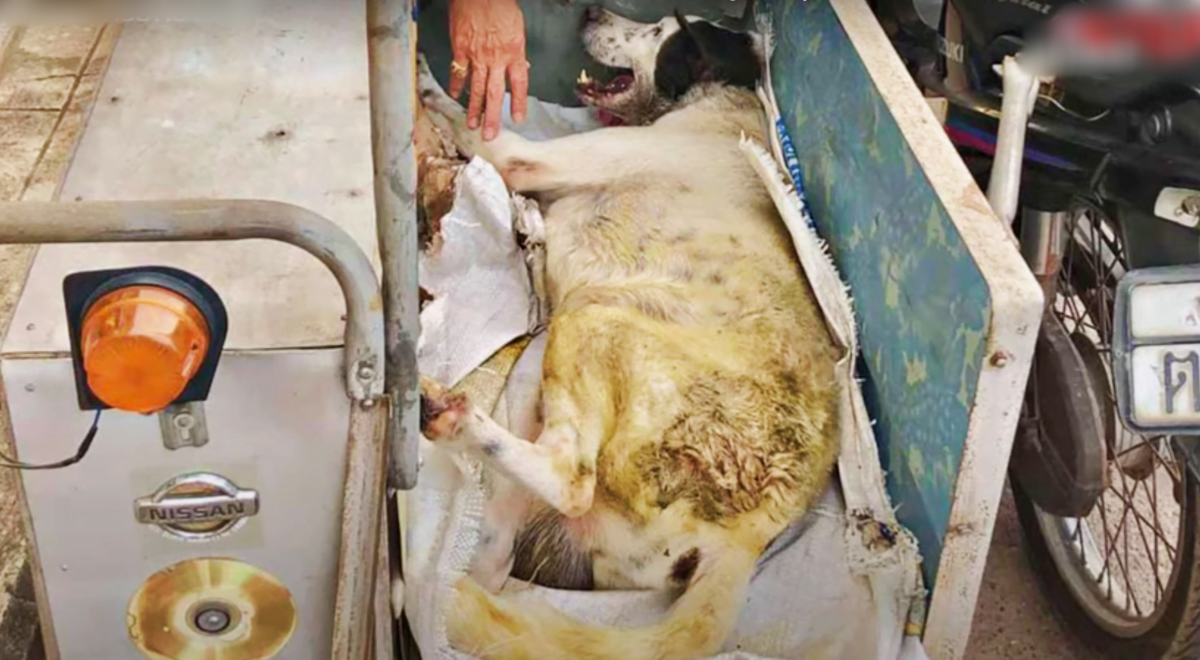 The local rescuer and vet staff teamed up to help the deserving dog. Physical therapy was his best option. If they got his body moving, his nerve damage could improve. 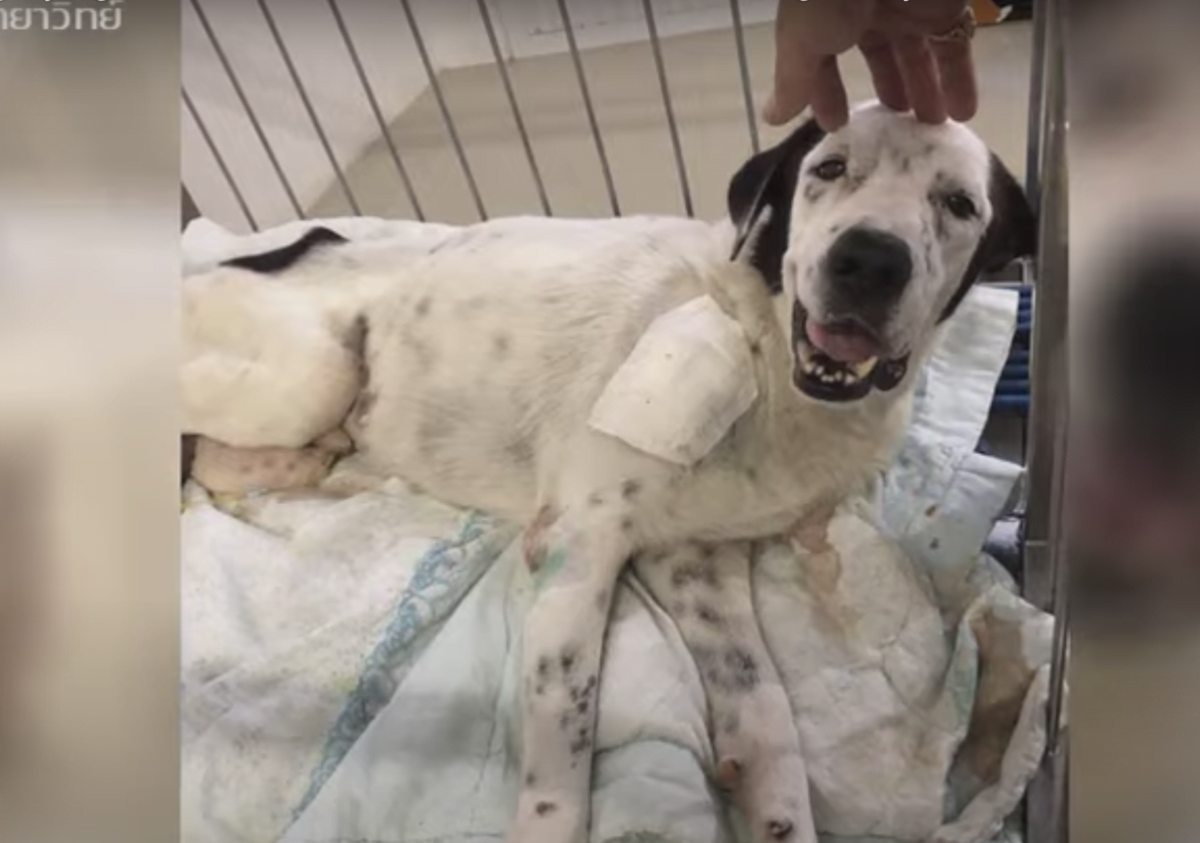 Through the use of a sling, the vet staff and volunteers work hard to help the dog build up his body again. And the brave little canine warrior loves every minute of it. 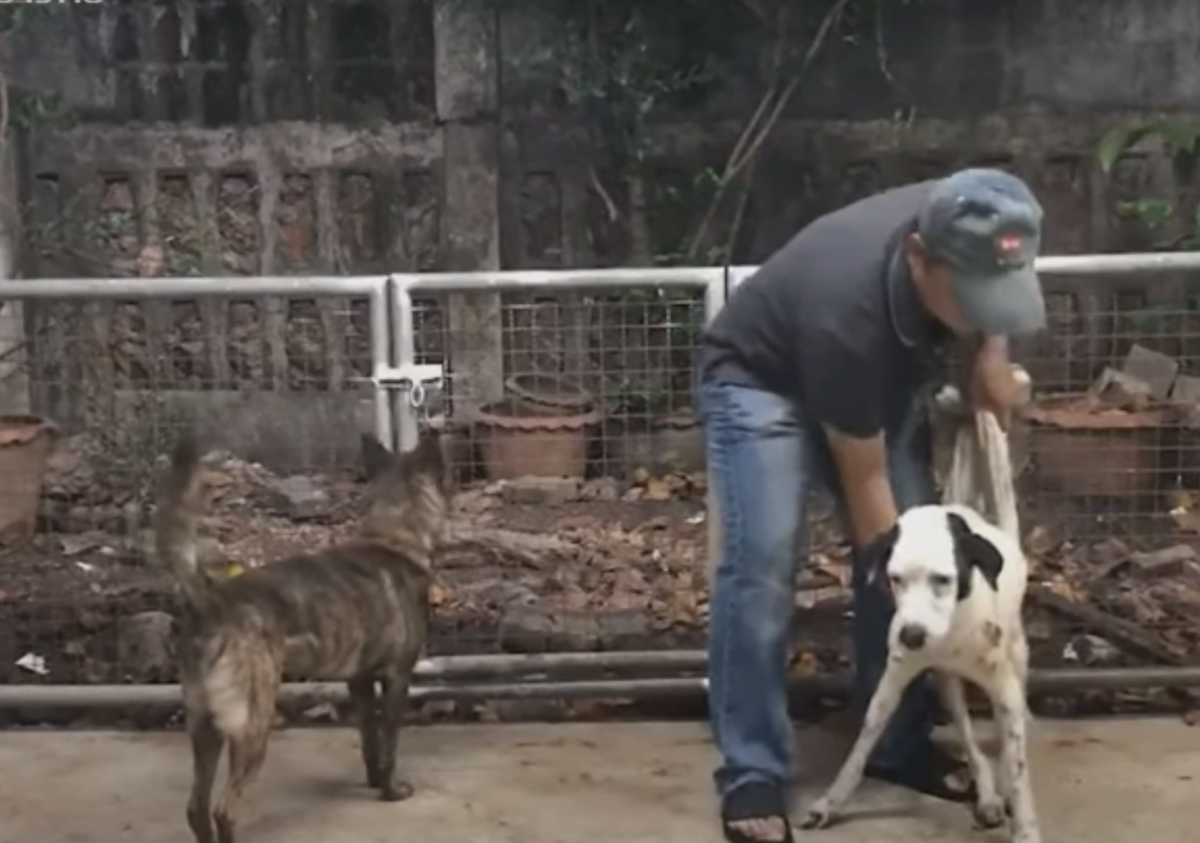 While all this hard work takes a toll on the dog’s body, he doesn’t mind. He’s strong-willed and so sweet. He also isn’t used to humans paying attention to him. He finally feels special because he’s always been special!

To say he was at the brink of death is an understatement. He would have perished alone in that old house but now he is surrounded by kind people, excellent medical care, and all the food and water he needs. His future looks bright! Every day he makes more and more progress and the vet is certain he will walk again.