Bronwnye Mirkovich went into the shelter one day looking for a new best buddy to take home with him. He could have never even imagined that his new friend was waiting for him behind a metal gate.

When many dogs are at a shelter, they sense the changes that take place in their environment, especially when they are about to be put down.

A few hours before dog Edie was scheduled to be put to sleep, Bronwnye Mirkovich came to her rescue. The man didn’t know that he would take the dog home. He only knew that he was looking for his best friend in the shelter.

Edie didn’t know what to think about Bronwnye when she saw him. 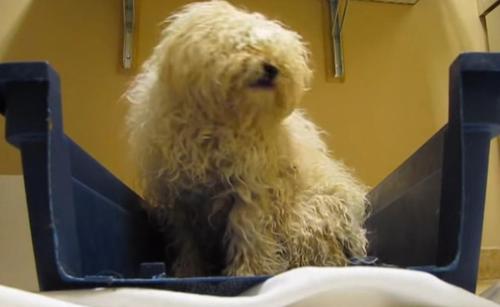 Her sweet demeanor soon showed, and Bronwnye knew that she was the dog he was meant to take with him. 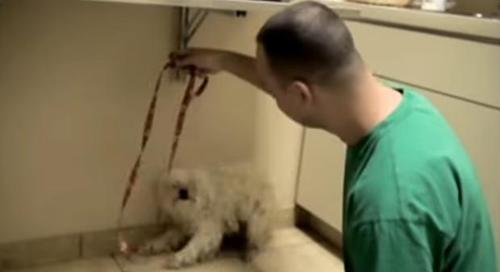 Over one million dogs in shelters are put down each year whether they are young or old. This is one of the reasons why Bronwnye wanted to save the life of a dog at a shelter so that at least one dog could have a chance at happiness. 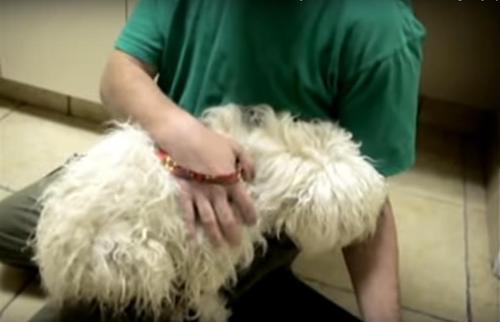 Bronwnye walked from one kennel to another to try to find a dog that he wanted to take home. He soon saw a fluffy white dog at the end of a row. Edie was frightened at first but soon showed her friendliness. Bronwnye noticed that she was shivering and appeared scared. It was at that moment that he knew he had to take her home.

Edie realized that this man wanted to be friends. She started playing and barking. She even let Bronwnye pet her belly. Edie is one dog who now has a home. She was rescued only a few hours before she was to be put down.