When the Humane Society of the United States’ Animal Rescue and Response team arrived at a property in Gaston County, North Carolina, they were appalled at what they saw.

The dogs were covered in fleas, and also had bad scarring, which indicates that they were most likely used in dogfighting.

They were all forced to live outside with no shelter from the elements, and had heavy, weighted chains around their necks.

The only thing that they had to hide from the hot sun or to keep warm in were blue barrels and dilapidated wooden shacks.

Despite their deplorable living conditions and obvious neglect, these dogs were so happy to see rescuers and couldn’t stop wagging their tails. They may have scars, but their pasts definitely do not define them. 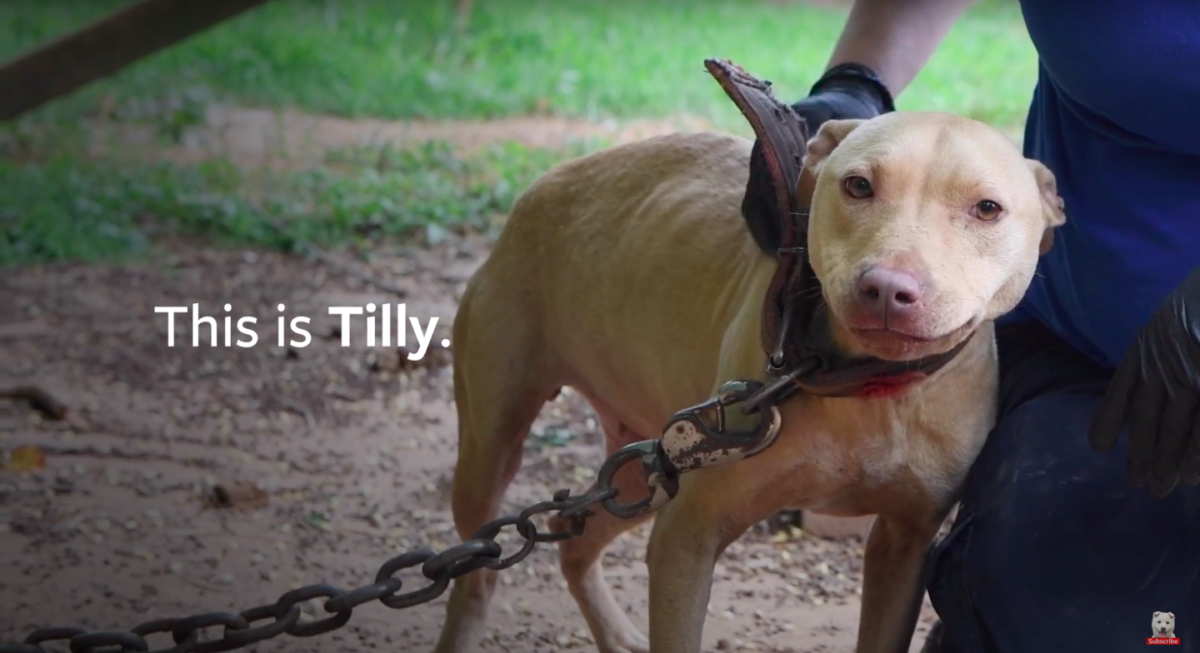 They will all be taken to the vet where they will be medically evaluated and/or treated before finding their forever homes, with help from Mr. Bones & Co. 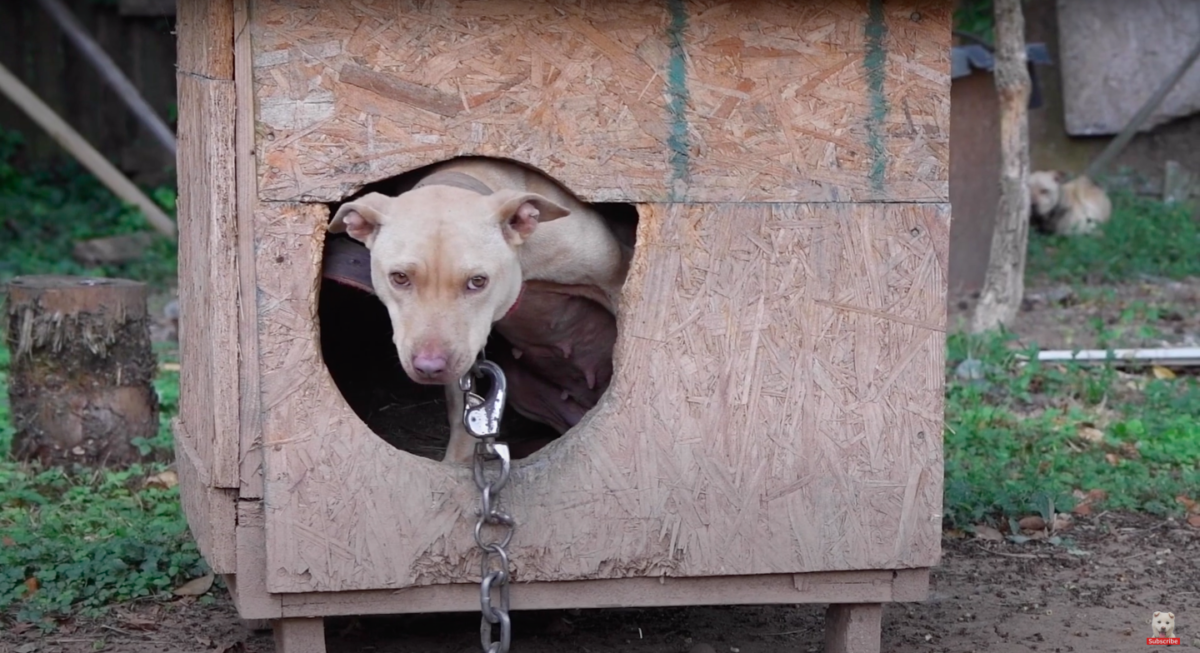 One of these dogs that HSUS rescued is now named Tilly. Tilly was finally freed from the heavy chain that weighed her down her entire life. 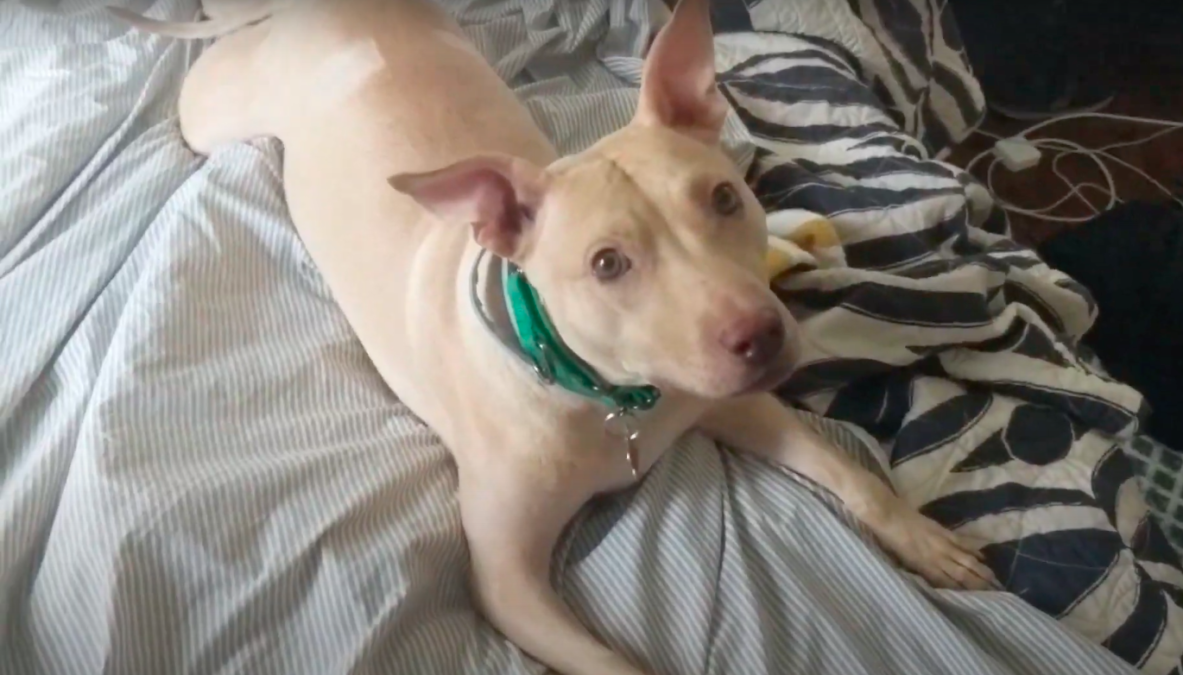 Even though she was treated poorly her whole life and forced to be bait in the dogfighting ring, she was still as sweet as can be.

She has since been adopted and is enjoying her second chance at life in her new forever home. She has quickly adapted to life in a home and has formed a very special bond with her new family.