Jazz the baby giraffe was found dying on an isolated property after being abandoned by his mother just 2 days after he was born. When the “Rhino Orphanage” heard about his pitiful state, they immediately decided to bring him in and give him a chance at survival.

At the orphanage, the volunteers discovered that Jazz was in a state of shock from abandonment. The poor thing slipped into a coma and stopped responding. He was weak, dehydrated and dying.

When the caretakers had lost all hope, the orphanage’s resident anti-poaching watchdog, named Hunter, stepped in like a guardian angel.

Hunter, a Belgian Malinois, immediately took Jazz under his wings and motivated him to keep fighting. 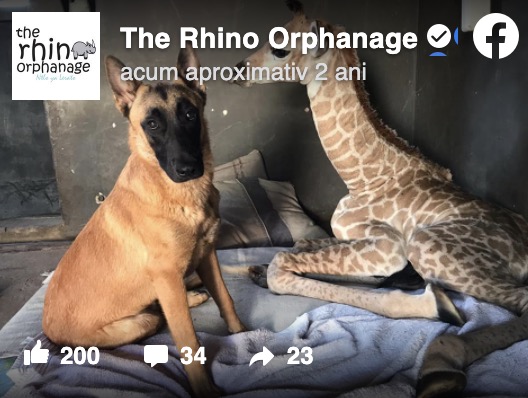 Hunter became a constant presence in Jazz’s young life as he nurtured the ailing baby giraffe and helped him get better. The caring dog even stopped eating, and practically adopted Jazz, as he never left his side while Jazz recovered on IV fluids. 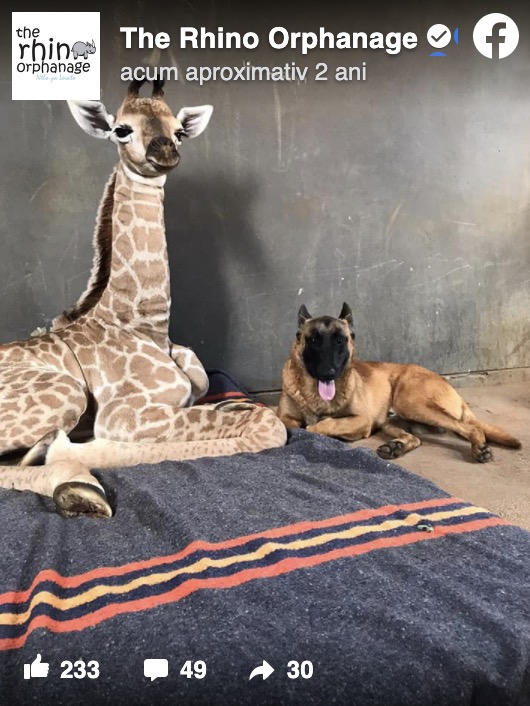 We see the 10-day-old Jazz embracing Hunter and thanking him for loving him unconditionally. It’s too adorable! Jazz’s caretakers believe that the poor baby has some genetic disorder which makes him inherently weak. This is probably why he was abandoned by his mother. 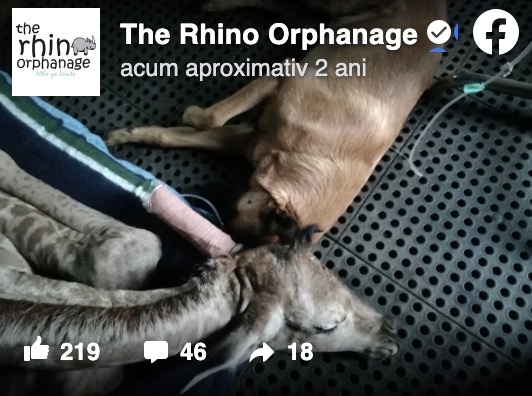 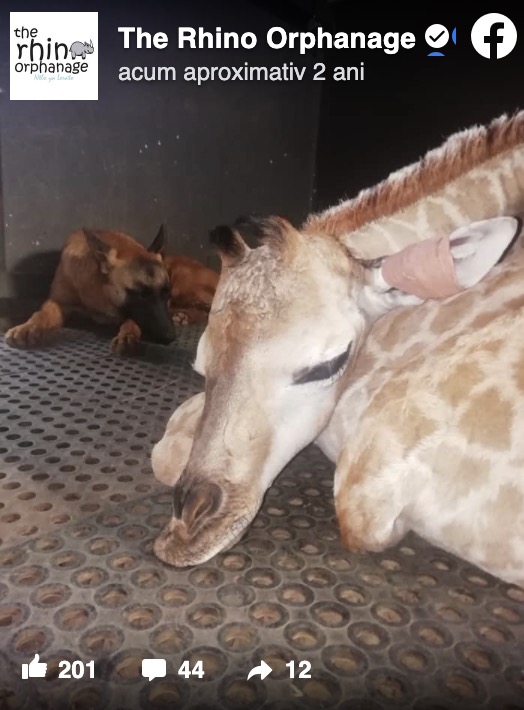 After battling to survive for 3 weeks, baby Jazz passed away with Hunter by his side. The unlucky boy’s genetic illness caught up to him and he died of brain hemorrhage complications.

Hunter is having a very tough time coming to terms with Jazz’s sudden death. We hope the grieving dog finds his strength soon. Rest in peace, Jazz.