When he was eventually rescued, his inherently timid nature and debilitating fear of enclosed structures turned out to be a major challenge. A woman decided to take him in as a foster, hoping that her black Pit Bull named Carlo would help him overcome his acute mental setbacks.

For the first few days in his foster home, Willie was extremely scared of everything indoors. He didn’t know how to use stairs and had to be carried out for his bathroom business. His dominant fear of doors was also very worrying. The terrorized boy just craved to be outdoors, but his need to be Carlo’s buddy got the better of him. 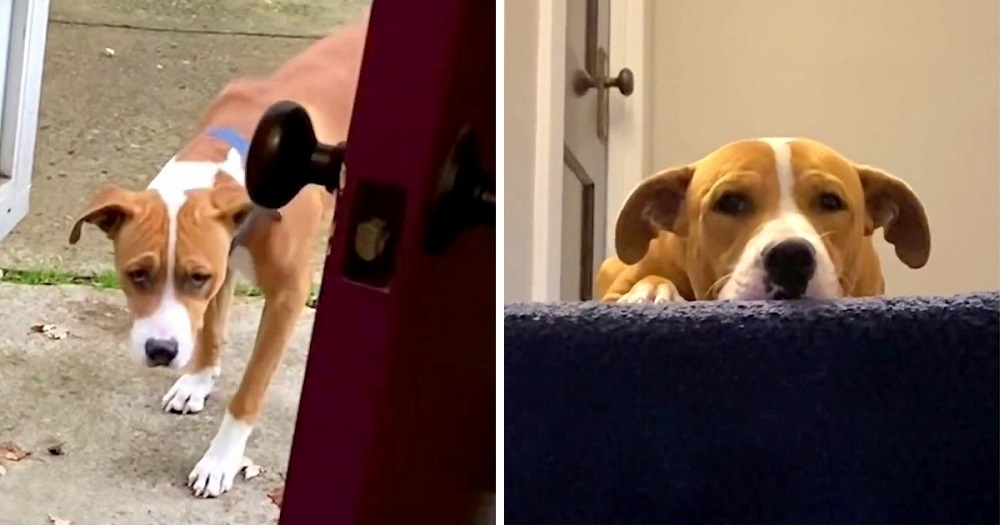 Willie looked up to Carlo from the very first day and badly wanted to impress his cool foster sibling. 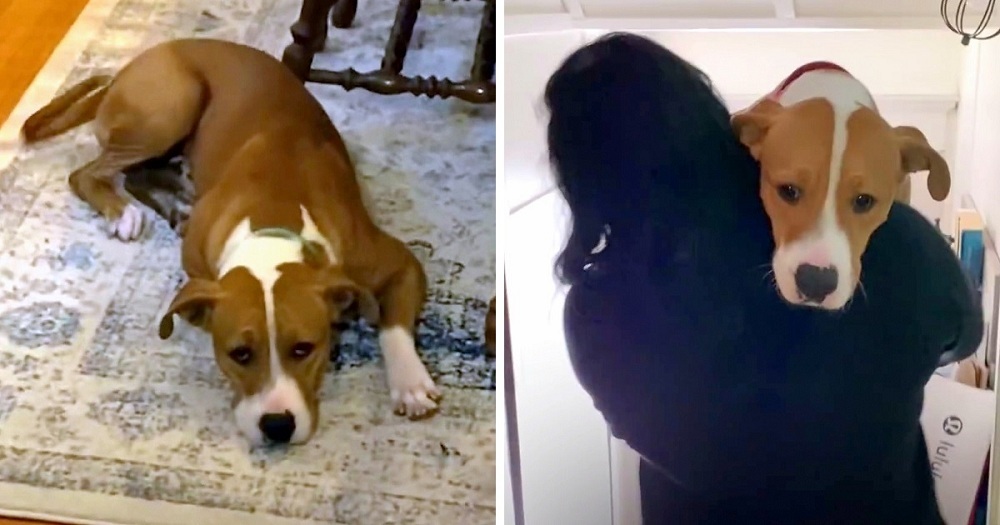 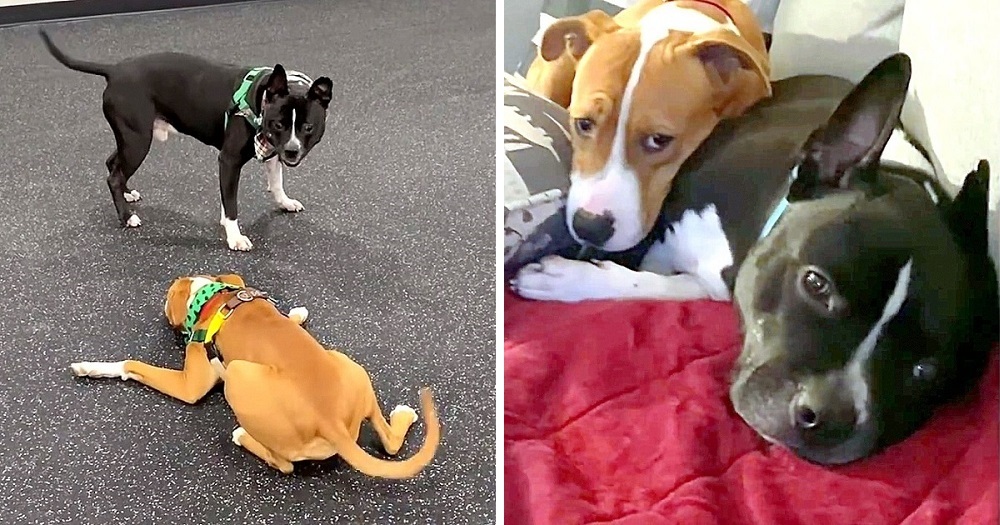 With Carlo’s hard-earned seal of approval, Willie magically felt accepted in the human setup! He gradually got used to cars, doors, stairs, belly rubs and yard play-dates – all pretty standard doggie stuff to other dogs.

Despite Willie’s progress, Carlo obsessively ensured that Willie blossomed into an obedient pet just like him!