Katherine Connor, the creator of BLES – Boon Lott’s Elephant Sanctuary, named it after a newborn elephant named Boon Lott (which means survivor in Thai). Elephants who have been retired or rescued can be found in the sanctuary. At BLES, people may at least enjoy a life free of obligations after years of maltreatment.

An elderly elephant named Boon Thong was also brought here. She was grieving her buddy in the photo below, crying as she said her goodbyes.

Boon Thong died a few years later, after having lived a fulfilling life. She didn’t have any species-specific buddies this time, but she did have folks who always loved and cared for her.

Furthermore, Boon Thong received affection from an unusual acquaintance who raced over to her house when she began to feel unwell. That was a dog named Pancake. Pancake was formerly a stray dog roaming Thailand’s streets, but she is now an indispensable part of Boon Lott’s Elephant Sanctuary (BLES). 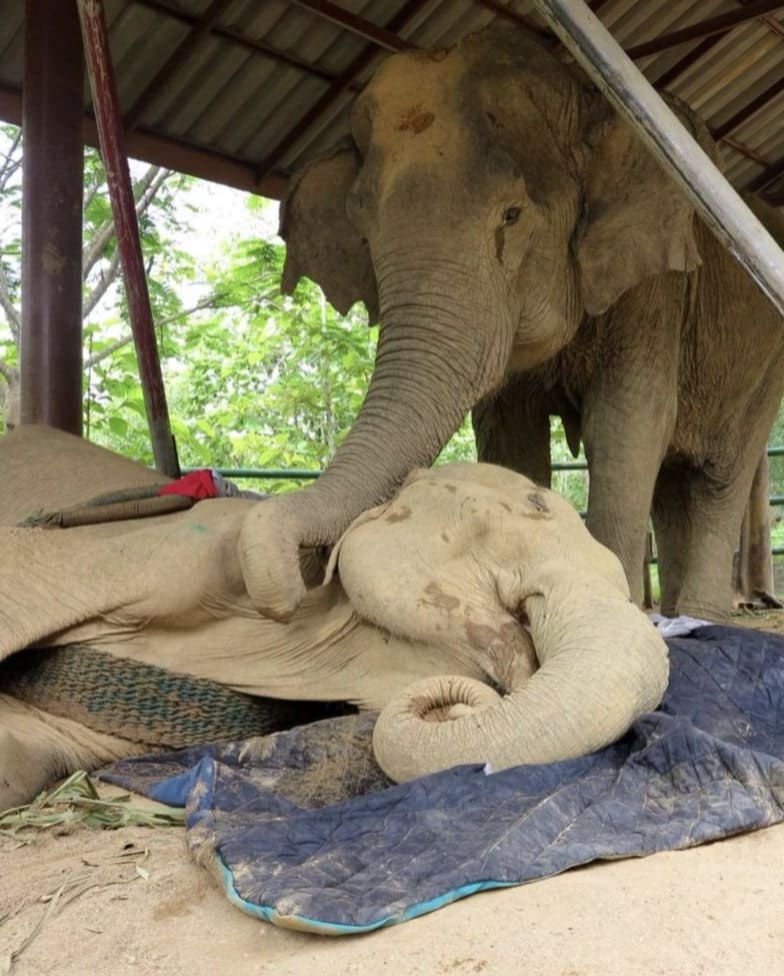 Despite the fact that Pancake had nothing in common with Boon Thong, she seemed to fit right in with the elephants at the sanctuary. Pancake and her elephant pal, Boon Thong, formed an unbreakable bond. 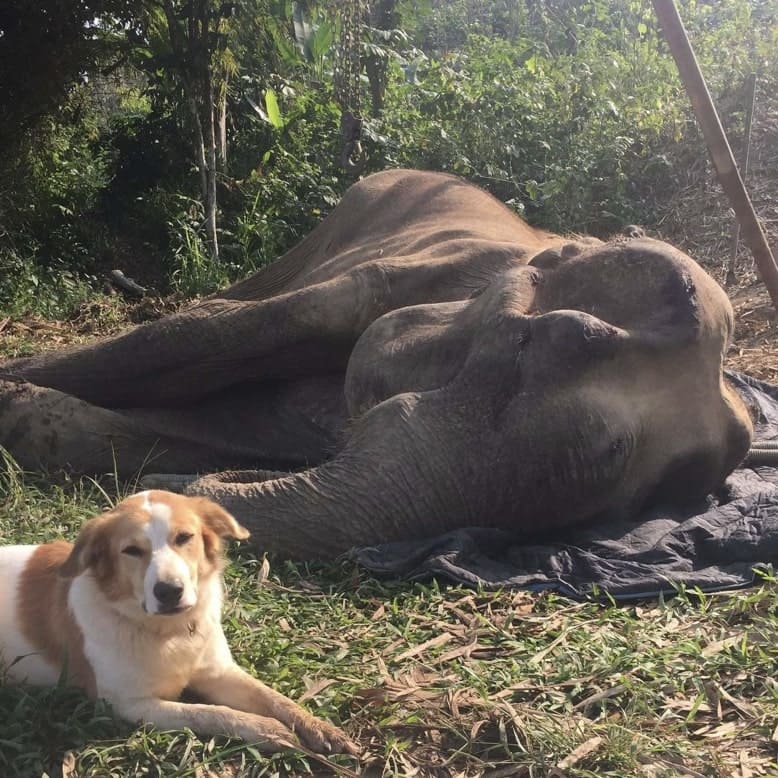 Boon Thong, who was in her 60s at the time, had been rescued five years prior. Her life prior to her tenure at BLES consisted of long days of transporting passengers, which she had done for almost 30 years. That had been a long time, and she was fatigued. She was in bad shape when she arrived at BLES, with one blind eye, shredded ears, a malformed back, and a disfigured skull, among other things. The shadow, on the other hand, has vanished since she arrived at the refuge. She was actually free to rediscover a long-forgotten portion of her life and be appreciated by others there.

Returning to our narrative, Pancake and Katherine Connor choose to stay with Boon Thong till her death. They sat silently together for hours, reliving every detail of their first encounter.

They didn’t leave Boon Thong for nine hours in a row; their real affection and sympathy were more priceless than anything else in the world. BLES commented on Facebook, “Pancake, with her amazing heart of hers, did not leave Katherine or Boon Thong once.” “She knew she was needed, and she lay silently alongside Boon Thong till sunset – until the dying breath.” 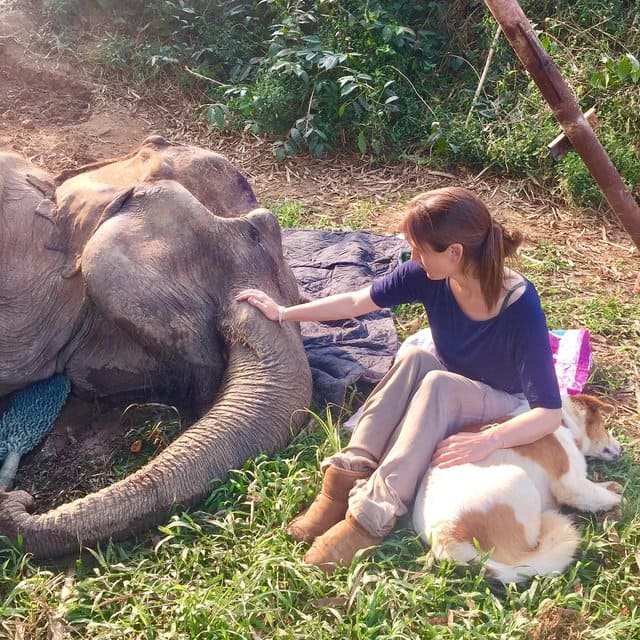 Boon Thong was laid to rest at the sanctuary after a solemn funeral. They put her down among her other kindred companions to rejoin her with those she loved; they also encircled her body with fruits and flowers and wished her all the best.

Boon Thong was on her own in the refuge, and she had spent the last years of her life there. She went on a frenzy across the woods, clawing a favorite tree. On her regular treks, she had a favorite area to hang out. She also took a bath in the same area beside the creek, drenching herself in muck. Katherine’s memorial to Boon Thong includes these lines. 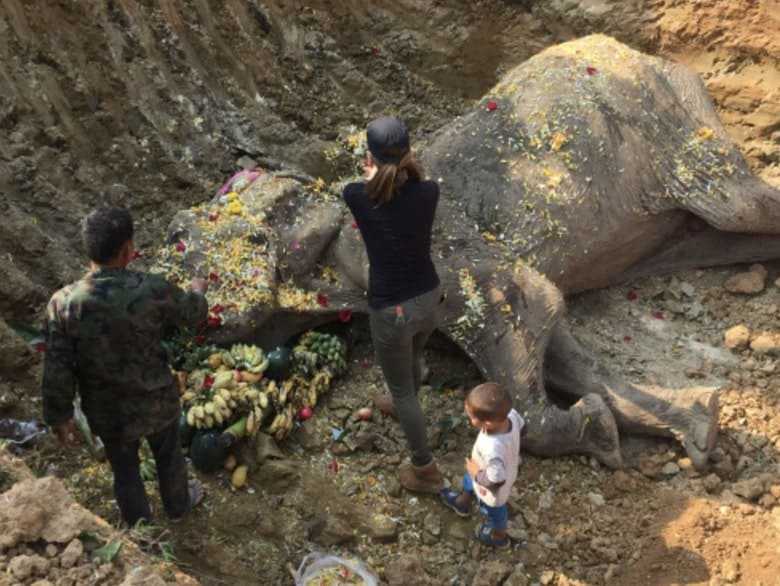 Elephants are amazing animals. They are extremely intelligent, have a strong memory, and experience emotions in the same way as people do. Join hands to safeguard the forest’s wonderful wildlife.