If you’ve ever lost a dog or cat, you know that it’s one of a pet owner’s worst nightmares come true. When you first realize that your furry friend is missing, you search frantically throughout the entire house.

Then you venture out into the yard searching for your lost pooch and calling their name at the top of your lungs.

When they’re nowhere to be found throughout your neighborhood, the reality that they’re seriously lost starts to sink in and totally crush you.

If they’re fortunate, they’ll turn up somewhere nearby in a matter of short hours or days. If the time they’re missing stretches on for weeks, however, pet owners can start to fear the worst. They realize they may never see their precious pets again. 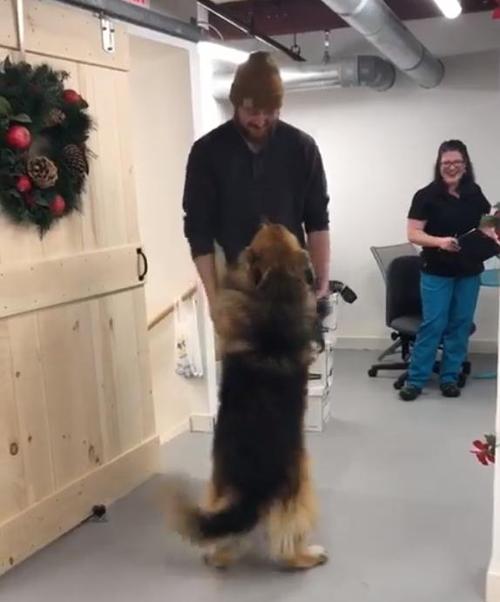 The 8-year-old German Shepherd mix had been seen several times since he first went missing back on the 23rd of June, 2018. Whenever someone had seen him, though, they weren’t able to catch him before he disappeared from sight again. 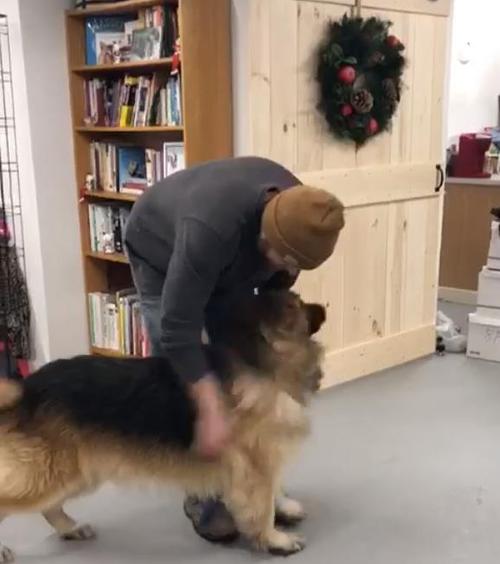 Rescue volunteers have done their best to try and figure out what happened to Kaiser during the time he was missing from his family.

Missing Dogs of Massachusetts posted the story on Facebook on February 15, 2019. They mentioned that their organization was contacted earlier in the week by Maine Lost Dog Recovery.

A dog was trapped in Bethel Maine. Though Kaiser went missing in Ashby, Massachusetts, they realized that he was the dog that had been found all the way in Maine.

What ended up luring Kaiser out of his reclusive state was $160 worth of meat a woman whose freezer broke had stored out on her front porch. When she found half of that meat missing the next day, the woman noticed Kaiser.

Touched by his obvious hunger, the compassionate woman kept feeding him for a few weeks while trying to catch him and find his owners.
He was skittish, and wouldn’t let her get close enough to trap him. She then called Animal Control to come and get him.

Workers at an Ashby, Massachusetts boarding facility where Kaiser had first gone missing, noticed the posting about a dog who had been found on the Maine Lost Dog site.

They contacted the shelter mentioned in the story and the shelter got in touch with Kaiser’s owners. Amazingly, the found dog turned out to be their long lost pet!