When searching for a new dog to bring into their home, most people keep their online searches local. Yet when Jayne’s husband noted a 130-pound Saint Bernard in an out of state shelter, the couple did not hesitate when Jayne booked a plane ticket from upstate New York and flew to Nebraska to pick up and drive home their new companion, Cosmo.

The no-kill shelter, Hearts United for Animals, located in Auburn, Nebraska, did not have a lot of history on Cosmo. They noted on his file that he was a breeder drop off, but did not have a reason behind his abandonment. Yet they knew the handsome giant with his charming Saint personality would find the right home eventually and that home just happened to be located out of state. 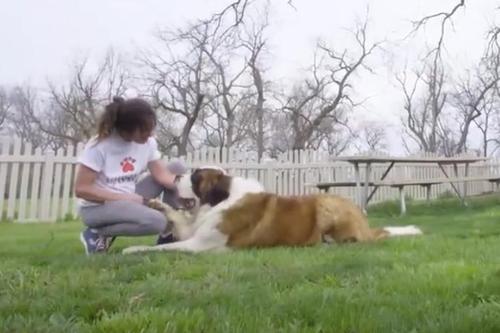 Shelter workers were moved to tears when Jayne first stepped out of her car and met Cosmo in the dog yard. Carrying a little green stuffed alligator as a toy for her new pooch, Jayne approached Cosmo with love and gentleness. 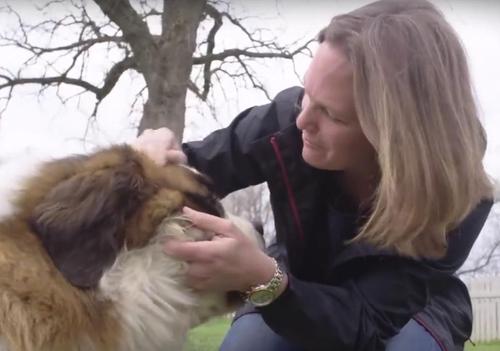 She sweet talked the dog as he lolled in her lap and happily wagged his tail back and forth at the attention. It was apparent from the first moment that Jayne was meant to be Cosmo’s new owner.

With Jayne’s sister, Maggie, as an assistant, the two women packed up the Saint and began the long drive back to New York. Cosmo was hesitant about the car—an obviously new experience—but was a good driving companion once he settled in. 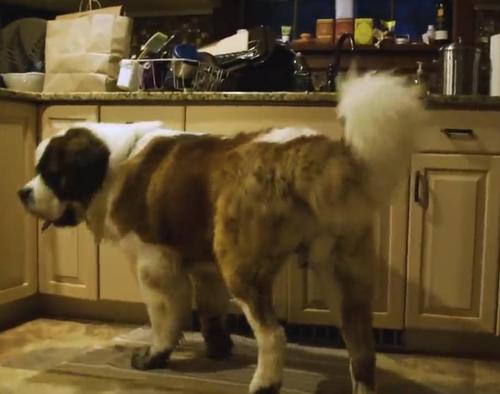 Finally arriving at Jayne’s home, the giant pup had brand new adventures waiting for him! From meeting the family including the couple’s children, two other dogs, Poppy and Grendel, and household rabbits—Cosmo had a lot of exciting experiences. 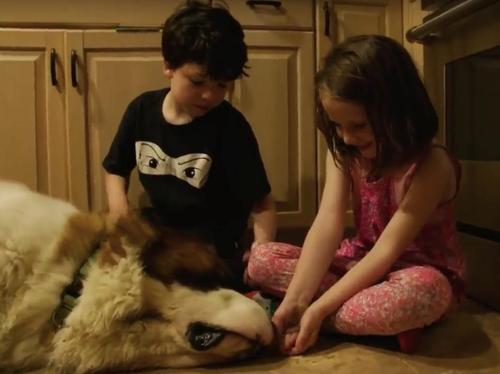 Perhaps the most exciting, however, was moving into an actual home, as Jayne suspects Cosmo lived outdoors with his previous owner.

“It’s nice to see him in a big space, see him spread out and put his belly on a cool floor, and just know he’s finally staying in a space, a place where he can feel happy and comfortable,” Jayne told the Dodo.

With a lot of patience, Cosmo learned how to navigate stairs, get up and out of the family vehicle and began accepting treats from his new owners. Within a few days, he was playing with the family dogs and learning table manners (as the family table is the perfect height for a Saint to swipe a meal from time to time). Jayne and her family are devoted to Cosmo and it is obvious Cosmo is smitten with his new family members as well.