Two dog lovers were driving down a Californian highway when they noticed an unfamiliar sight in a nearby canal. After turning around to get a closer look, they discovered a helpless Pittie in a dire situation.

Mindy and Danica had no idea that a typical drive around town would turn into an epic canine rescue.

With both women being so dedicated to animal welfare, there was no way they could pass up a furry friend in danger.

After realizing that it was indeed a dog in need, the two women pulled over and made their way to the bank of the canal. The helpless pup looked up at them from the floor of the sewer with wide eyes, likely so grateful for the chance at being rescued.

With not knowing how long the Pittie was trapped in the canal, they knew they had to act fast. 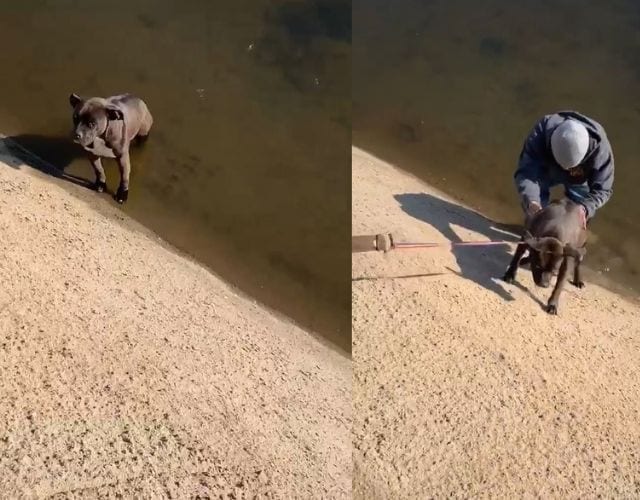 The canal was tall and steep, making it impossible for the two women to reach the terrified Pittie on their own. Thankfully for this rescue team, two more animal lovers arrived on the scene and were ready to help!

With the new helpers on their side, the group came up with a perfect plan to pull the trapped pup out of the canal. By combining a few dog leashes to create a long lasso, one of the men set off into the canal to rescue their new Pittie friend. 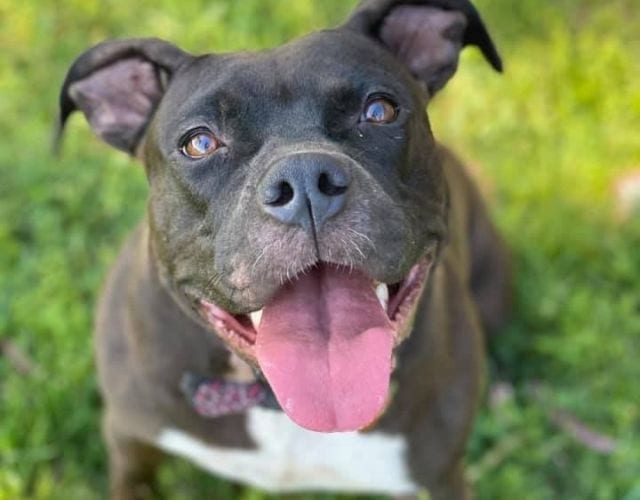 The man was able to loop the lasso around the Pitbull’s neck with ease and coax her out of the canal with a steady tug. The lovable pup wagged her tail with excitement the moment she realized she was free and greeted her new human friends with a big kiss.

Mindy and Danica took the rescued pup to a local clinic to be scanned for a microchip, but unfortunately, there was no microchip to be found. After weeks of trying to find her missing family with no luck, the two admitted her to the Venus Animal Haven Rescue to find her the perfect home. In the time she spent in foster care, the caretakers learned that she was dog and cat aggressive. After a few months of searching for the perfect home, they found a family that was ready to make her the center of their world!

This special pup, now named Bella, has found the forever home of her dreams. We are so thankful for the lifesaving assistance that Mindy and Danica offered, and we know Bella is eternally thankful for their undying support!