This brave German shepherd is missing both his back paws and part of a hind leg but thanks to a Florida rescue and his veterinarian, he’s now learning to walk.

Despite the situation he was born into, 1-year-old Ryder made the most of his circumstances and was a happy dog.

Born to backyard breeders, he was eventually surrendered to Picolini’s Animal Rescue in Florida because his owners could no longer care for him. According to Sofia Valverde, the rescue’s founder:

“The family who had Ryder were ‘back yard’ breeders, meaning they illegally breed their dogs over & over for profit,” she said.

“He was the only puppy out of 3 who survived after birth but he was born without back paws. He spent the first months of his life dragging himself with his front paws which was painful for him, causing his spine to curve even more as he grew up.” 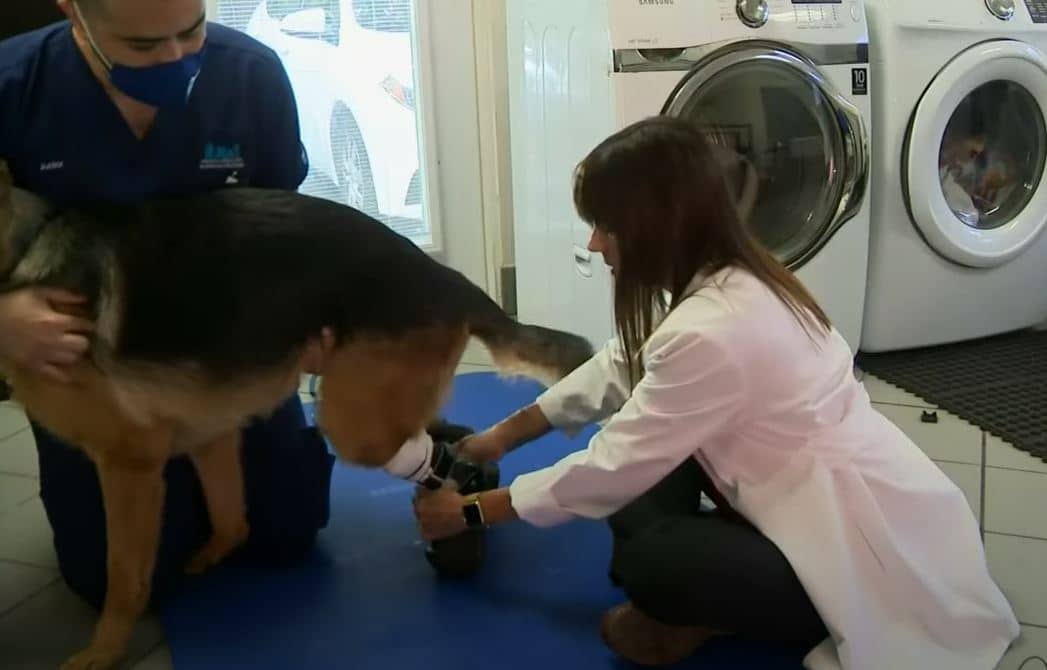 “The first time I saw Ryder what got to me the most was how happy he was, in spite of his circumstances,” she reflected. He was smiling, tongue out & tail wagging trying to play & keep up with one of the other puppies at that house.” 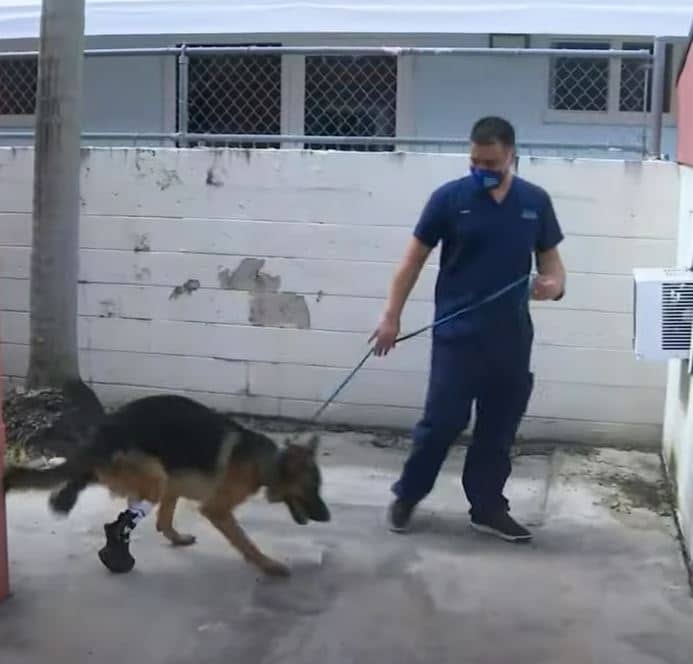 Due to his condition, Ryder would drag himself along and didn’t have normal spinal posture. He was unable to walk like a normal dog, which caused more problems than just missing his back paws. He was the only pup in his litter to survive and it’s a miracle he did. From his Go Fund Me page:

“Although his mommy thought she was helping to clean and take care of Ryder’s exposed, webbed, back feet, she ended up doing something no one expected. Like any mother’s instinct, she did what she knew to do, cleaning and tending to her newborn pup’s two deformed feet. Somewhere in the middle of that first night together, his mommy accidentally ended up chewing them both off.” 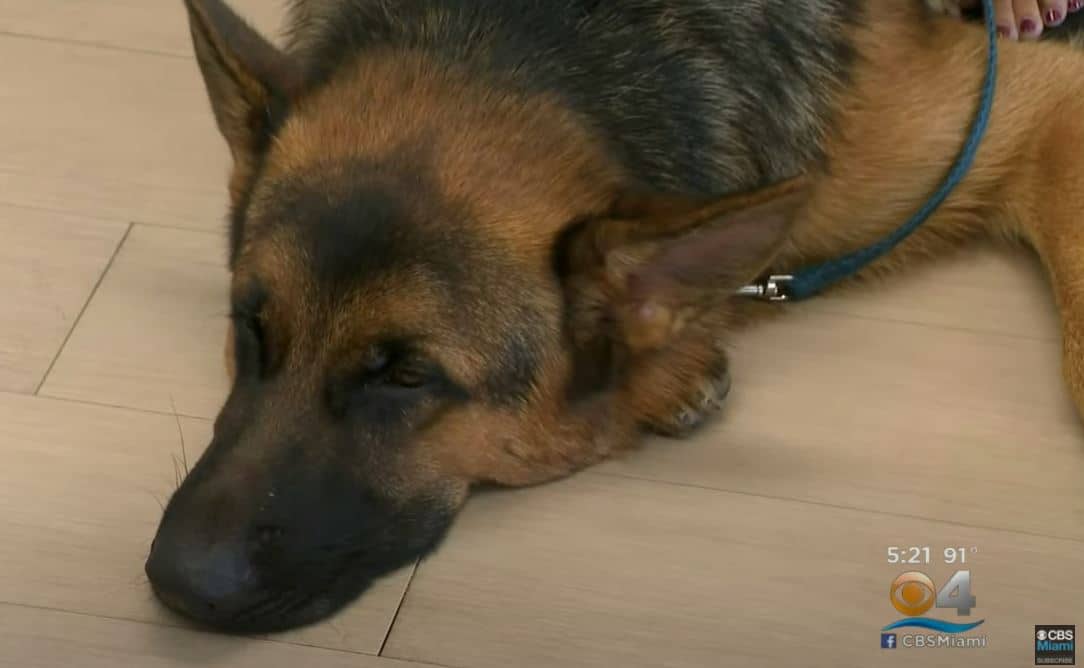 “We can only assume what the two of them endured that night. The bond between a new mommy and her pup, thinking she had done her job, yet at the break of day, her pup would never be the same,” Huffman added. “The loss of his two back feet have caused him to walk on two stubbed legs this past year thus causing even more injuries to his hips and spine by overcompensating for the loss of his feet.”

Once Ryder was in the hands of his rescuers, his life began to change. They took him to Dr. Marta Sanchez-Emden, who began his rehabilitation, which included custom prosthetics. Dr. Emden said:

“All his life, he walked like a kangaroo, with the stumps jumping at the same time. So we want to teach him, number one, that he can walk with his spine horizontally instead of down, like before, and that he can use one leg and then the other, like a normal gate.”

Today, Ryder is continuing to strengthen his muscles and learn how to walk on his prosthetics, which get adjusted as time passes. He has hydrotherapy and is expected to not only learn to walk but to even run.

“He just accepted himself and thought he was the same and he is, he’s perfect, he’s absolutely perfect as he is. And just his love of life, reminding you what matters is to be happy and kind to others,” Valverde said.