Baron the dog truly is a wonder and is best friend to Alexander, now aged seven.

As seen in this video from 2017, not only does Baron tuck the boy, then aged four, into bed at night, he says his prayers with him, turns off his light and then does various chores around the home.

Baron is Alexander’s closest friend. At night, the dog prays with the young boy and joins in prayer by putting his paw up on the bed.

Then the canine grabs the covers with his mouth and pulls them over Alexander. After a bedtime story is read, this loving dog gives his brother and best friend a goodnight kiss. 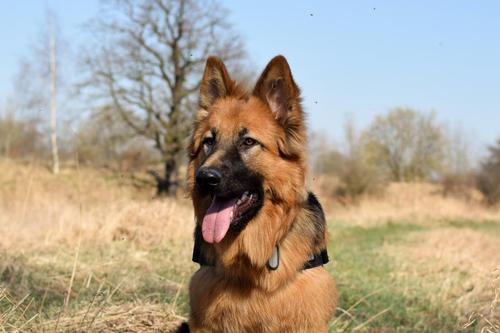 When he is done showing his affection, he stands up on his hind legs to flip the light switch and turn the lights off.

That’s not all this caring and helpful dog does, however. He also helps Alexander pick up his toys. He assists with getting the dishwasher loaded up, and he puts the coffee pod in the coffee maker and closes the top so that his master can have a nice hot cup of java in the morning, as reported here by the Animal Channel.

Alexander loves Baron, and it’s obvious his dog loves him.

This amazing canine earns his keep by helping around the house and making sure Alexander is safe and comfortable in bed. This boy and his dog are always sharing hugs, and their relationship couldn’t be better.