The animal rescue team at Hope for Paws is accustomed to helping stray and lost pets find homes; however, they came across one big dog who changed everything they knew about caring for animals.

The team at Hope for Paws explains that they received an urgent call from someone who had noticed a stray dog roaming he streets, trying to survive without anything to eat and no love.

Even though the team hopped to action, it took them a long time to locate the dog.By the time they caught sight of the large black Newfoundland dog, the animal was so exhausted that he could no longer move. Instead of trying to run, he simply lay at a street corner. 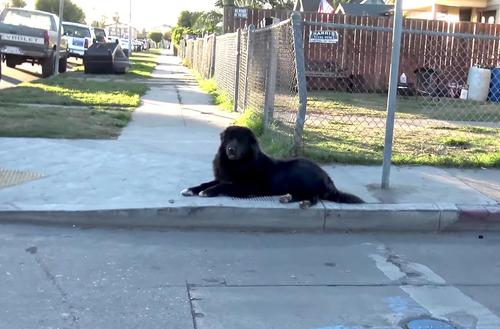 Hope for Paws volunteer Loreta Frankonyte was the first one who tried to befriend the large dog. She walked up to him slowly. Initially, the dog was scared but, when Loreta presented him with a cheeseburger, he was happy to become friends. 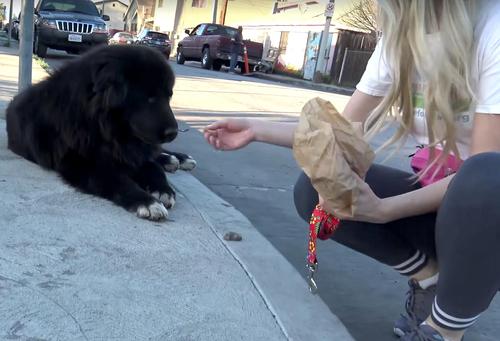 Offering the dog small bites, Loreta wormed her way into the dog’s heart. Although he panicked when she initially placed a leash over his neck, Loreta was patient and kept working with him, taking the time to gain his trust.

Once Loreta and the big boy were friends, she and her associates helped him into the back of a car so that he could be transported to a shelter where he would receive care and proper nourishment. 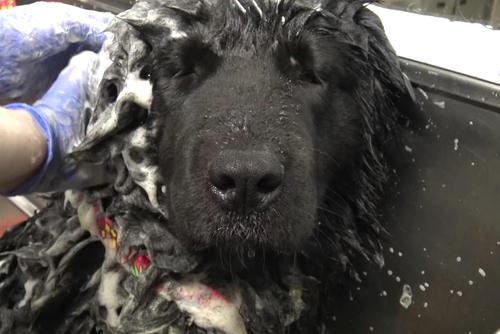 Given the name “Everest”, the Newfoundland quickly became a favorite among the team at Hope for Paws and they started a desperate search to help him find a new home.

The team started preparing Everest for his new life with a bath to clean off all the street dirt. Rather than try to fight the bath, the gentle giant simply sat in the water and let his new friends care for him. That night, Loreta let him share her bed where he got the rest he desperately needed. 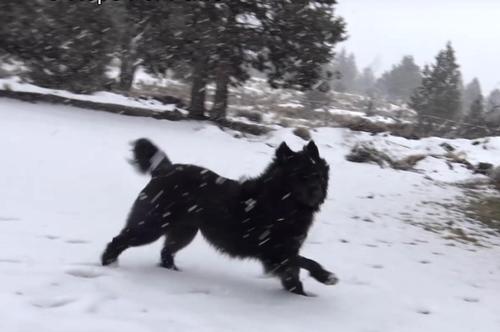 When Hope for Paws started receiving adoption applications, they immediately recognized that one family in particular would provide the perfect home for Everest. The problem? Everest was in Los Angeles and his new family was in Oregon.

This didn’t stop Hope for Paws; Loreta and another volunteer boarded a plane and traveled with Everest to meet his new friends.