For most dogs, walks are exciting. They usually freak out just hearing the four-letter word. However, Elsie the Golden Retriever is not amused. She has figured out that walks are just a way to get her to exercise and lose some weight, so she’s not interested. She’d much rather go home and eat than walk around the block again and again.

This stubborn pup makes her opinions very clear too. In a viral video, Elsie is shown throwing a fit when her dad tries to walk her. She will clearly do anything to stop herself from having to exercise and work hard.

Mike Cook, Elsie’s dad, is sick of putting up with her shenanigans. When he was trying to get Elsie to walk, a neighbor recorded a hilarious of their interactions. 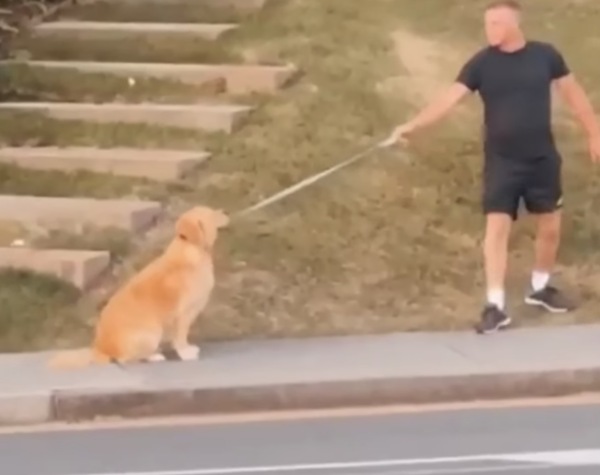 Whenever Cook tried to keep walking, Elise would lay down and sulk. If he tried to pull her or pick her up, she’d just sit right back down. Cook even tried pretending to walk away and leave her behind, but Elsie was not impressed.

While Elsie’s resistance was annoying to Cook, the rest of the world found it hilarious. They couldn’t help but laugh at Cook’s struggles to get his dog to move. Plus, Elsie’s attitude is something many of us can relate to when it comes to working out. 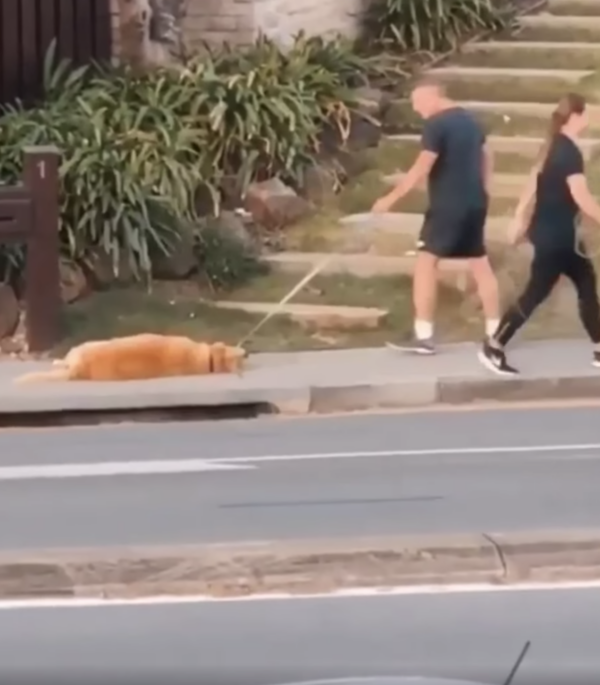 After the video went viral, Cook made sure to explain that there is nothing wrong with Elsie. She’s just a stubborn dog that always has to have her way. This isn’t the first time she has refused to walk, and he knows it won’t be the last.

“She hadn’t had her dinner yet so she did not want to go walking,” Cook explained. “We got almost 150 meters and it took around 15-20 minutes. It then took 2 minutes to get home.” Unfortunately, Elsie’s vet recommended that Elsie should get longer walks and fewer treats. So, Cook tried to put in extra efforts to help Elsie lose some weight, but she refused to cooperate. Clearly, she found a loophole: longer walks, but shorter distances. The longer she put up a fight, the sooner Cook would give up and feed her. At least, that’s how she seemed to see it.

Cook said that Elsie is not impressed with the vet’s recommendations. In fact, luring her with treats is usually the easiest way to get her to listen. But that method seems to be rather counterintuitive. Lifting her back onto her feet or pretending to keep walking without her are methods that both worked in the past, but now Elsie is catching on. She no longer falls for her dad’s silly tricks.

“If that really doesn’t work you can try lifting her up and carrying her for a bit, but after those three that’s pretty much it, game over,” Cook said.

While Elsie’s habits are not benefiting Cook, they’re definitely helping Elsie get more attention. She has so many fans now, and some neighbors have even stopped to get their picture taken with her. She might not lose weight anytime soon, but she seems to be okay with that. As long as she gets food and attention, she’ll be as happy as possible.