Kernel the Great Dane, from Boston, Massachusetts, just can’t go without his morning hug for the day. The service dog is very affectionate and has a morning hug routine with his mom. When he misses out on his routine, he pouts and throws a fit, and that his exactly what his mom caught.

Meet Kernel, the Great Dane who had a really bad morning when his mom, Alyssa, forgot to give him his morning hug. As a service dog who loves to love people, he wouldn’t let Alyssa forget their cuddle session. Why should he? He’s a good boy and deserves it! 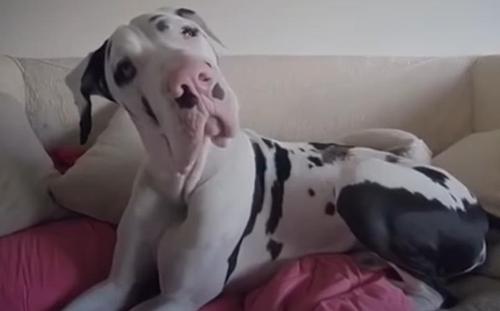 In a display of very human emotion, Kernel pouts at the neglect. It’s as if he is asking, “How could you?”

At three-and-a-half-years-old, weighing 160 lbs, Kernel needs a lot of hugs to get him through the day. For Kernel and his mom, cuddling became a part of their morning routine. Not only does it provide humans and dogs with the energy to get through errands, it makes any bond grow stronger between two hearts. 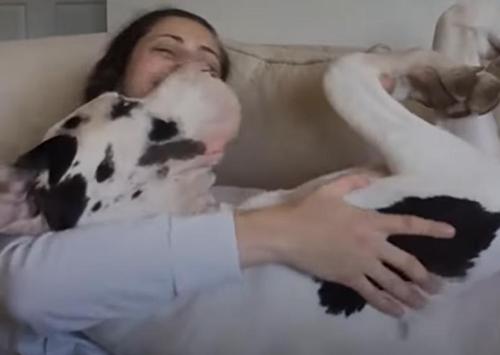 One day, his mom rushed out on a hike and forgot to hug him. Heartbroken, he wouldn’t let her get away with it. When she returned, he would not leave her alone until the mistake was mended. Kernel knows he deserves the love that he gives, so he wouldn’t stop pouting until the error was mended. 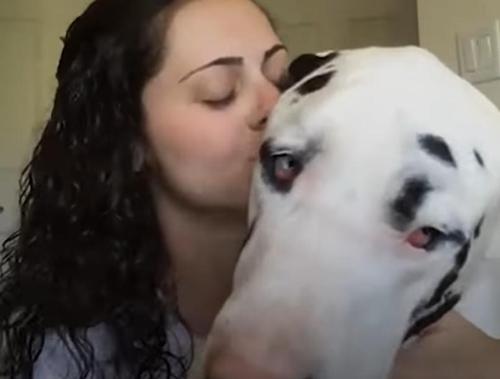 Thankfully for us, dogs are a lot more forgiving than humans, so after some quality time with his mom, Kernel seemed to have forgotten all about it. His mom didn’t forget his reaction, though, and posted about his reaction on the Internet.

No wonder he was so eager for his hug. As man’s best friend, dogs have big hearts; one cuddle session means a lot to them!

We should not be surprised by his behavior. Great Danes might look big and scary, but they are known to be gentle giants, many believing themselves to be lapdogs. If Kernel is an example, they’re stubborn, too.