Esteban drove to the desert in Southern California as he had got information that a pack of dogs was stuck there and had no source of food and water. Hence, he personally went to check the whole situation.

When the dogs saw Esteban for the first time, they would look at him from far away.

After that, the dogs would run wildly around the desert and were not very social and. Esteban counted that twelve dogs were abandoned in the desert.

The temperature went up to about 114 degrees on the day Esteban had met them for the first time. He knew he had to do something to get them out of the situation. However, the first step was to befriend these dogs.

He decided to give them food and water and tried to become friendly with the dogs. However, he also wanted to understand the whole situation about how so many dogs ended up in the desert. 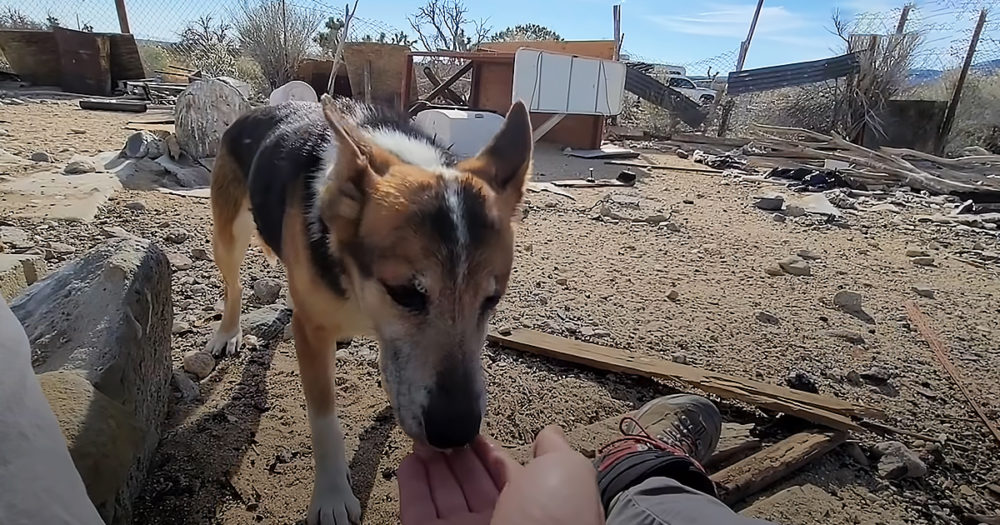 One of the locals told him that an old man had decided to create a dog sanctuary in the middle of the desert but had died before his plan came into action. Thus, the dogs were left in the desert without anyone to take care of them.

Esteban would go to the desert every other day. Out of the twelve dogs. He made friends with Persephone, who would always show up to greet him but constantly stayed away. However, with time the dogs came closer and closer to being friendly with Esteban. There was another dog who was named White Knight who was also close with him.

Esteban gradually created an incredible bond with the dogs. Finally, he spoke to Larrisa Wohl, who helped him find them a new home. Esteban adopted Persephone, and she is enjoying a wonderful life with her favorite human.