Hope For Paws received a text on their emergency line regarding a homeless dog who had sought refuge near a railroad company.

One of the employees saw the little dog, and knew that Hope For Paws would be able to help him. In the meantime, the workers continued to feed him and care for him.

He liked being around the workers, but he was still very timid and wouldn’t let rescuers get too close to him. They tried to coax him with food, but he was so well-fed by the workers that he wasn’t interested in the rescuer’s food.

Once they got close enough, rescuers were able to trap the dog using a net. 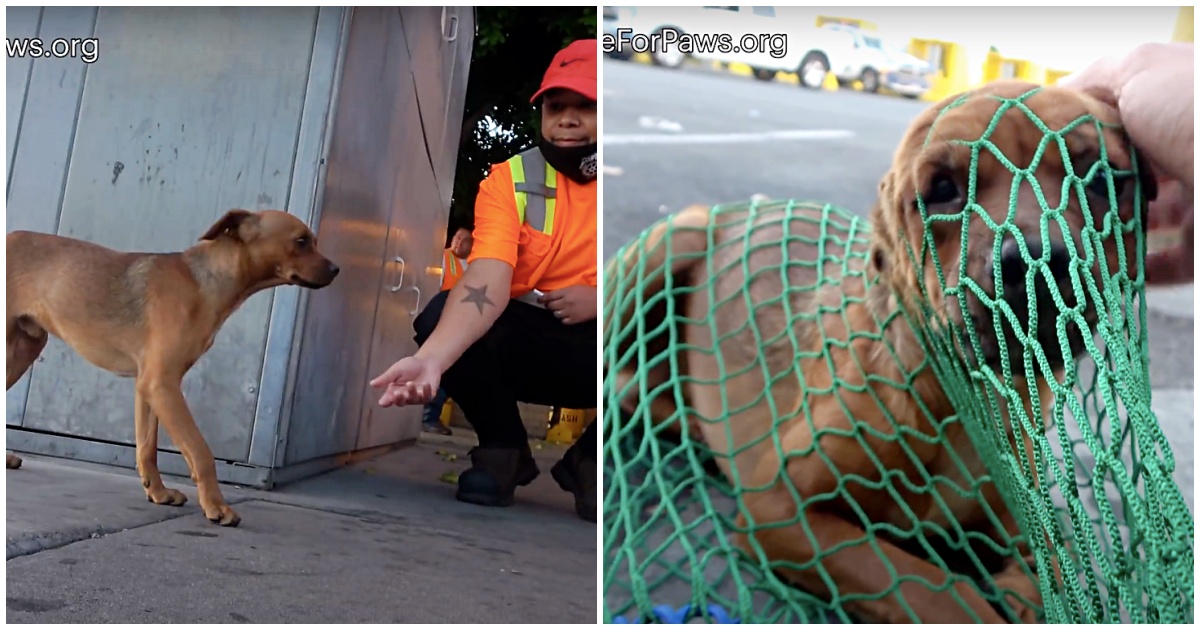 The poor pup wiggled all over the place, trying to escape the net, but eventually realized that he was finally being saved. 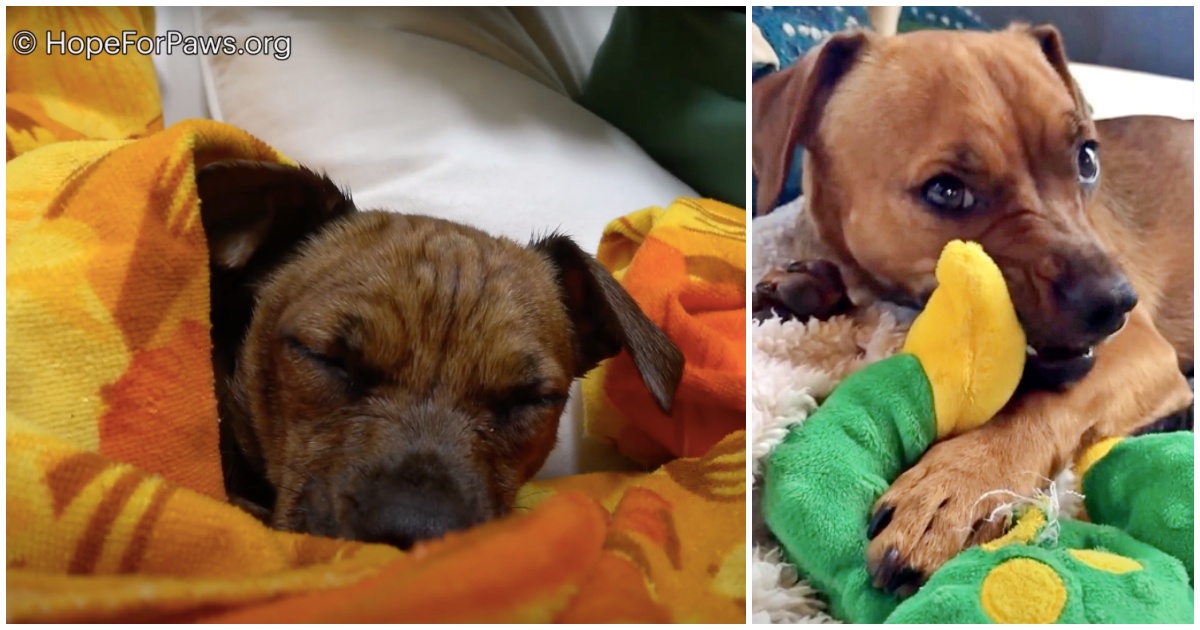 They named him Scooter and promised him that he would no longer have to spend another night outside.

They brought him back to their clinic, where he received a much-needed bath. 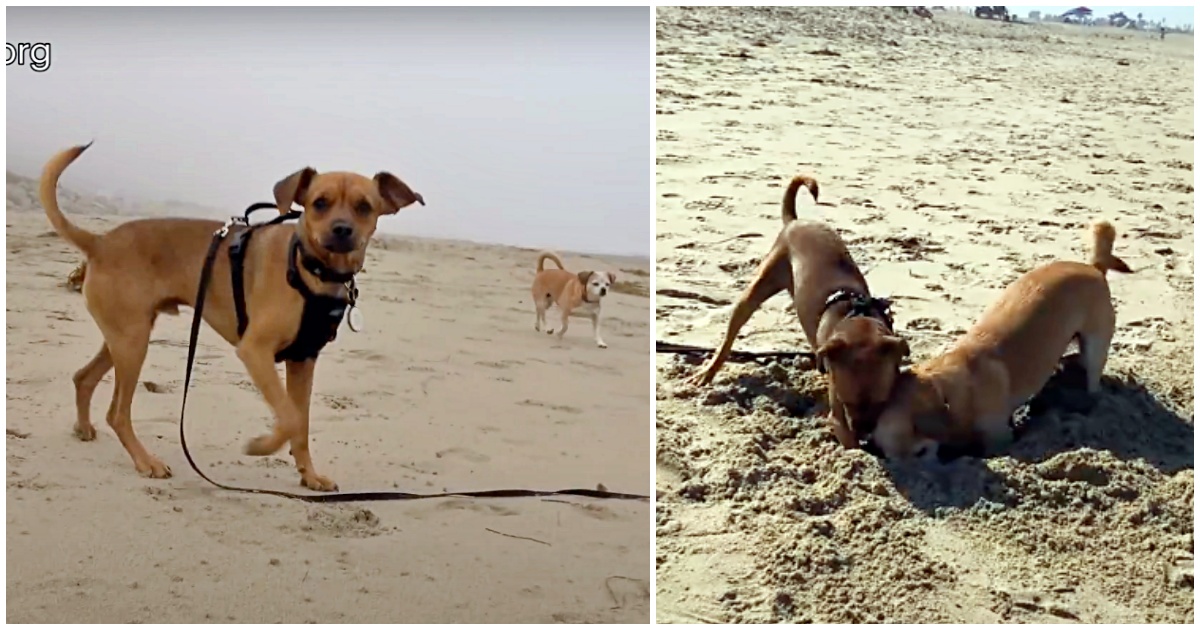 L.A. Animal Rescue then offered to foster Scooter, rehabilitate him and find him a loving forever home.

There, he finally got to sleep with a comfortable blanket and get a good night’s sleep for the first time in his life.

A few weeks later, Scooter found his forever home! His new family renamed him Rudy, and he now has a doggy sister named Dottie, who he loves playing with.